I’d abandoned the 440-yard loop long ago. Coming back allowed me to begin the grieving process. I laced up my track shoes, shut the door of the house behind me, and walked down the dark hill. I hadn’t told any of my 11 housemates in the Environmental House where I was headed. My spikes pierced the dirt, threatening to pull me down that hill. Maybe then I’d finally break. 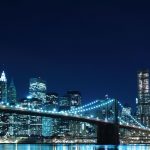 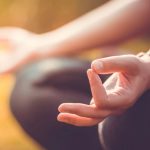 What My Dad’s Suicide Taught Me About Resilience

I hadn’t cried much in the days since my father died, two Sundays earlier, from sudden heart failure. As the older child, I’d helped my mother survive her first week as a widow. Our nuclear dynamic had shifted. We were now a family of three.

That day had begun easily enough. I’d slept in, lingered over breakfast in the dining hall, and lay sprawled on the house lawn alongside my roommates, enjoying a sunny spring day with our textbooks.

Around 2 pm, my mother and grandfather pulled up and ran through the house looking for me. They found me outside, where my grandfather told me what had happened: My father had run a 10K road race earlier that morning and collapsed at the finish line. His heart stopped instantly. The previous weekend he’d finished his fifth marathon.

My grandfather spoke in the firm, authoritative voice he’d developed as a superintendent in a tiny Michigan town. “You’ll need some black clothes for the funeral,” he said, his hand on my shoulder as I fumbled with the handle on my armoire. My mother sat on my tiny twin bed, stunned, the sheets still jumbled from last night’s sleep.

After the wake, funeral and burial, I was still in shock when I approached the track at the bottom of the hill. I hadn’t worn those shoes on in two years. Coursework and extracurricular activities filled my days now. While one reason I’d chosen this particular college was for its track and cross-country teams, something shifted in me during my freshman year. I was ready for a new path, literally. I filled notebooks with poetry and became an on-air host at the radio station. Those track shoes were as locked in the past as the peach dress I wore to prom. Kristine and her Dad

And yet, running was the one shared passion between my father and me. I was the only other one in my family who ran. We spoke our own, private language the many times we ran alongside each other.

In high school Dad attended my track and cross-country meets. He coached me on nights and weekends. His inspiring voice ran loops inside my head each time I endured another relay or mile at after-school practice. I was 16 years old, that messy time when thoughts of boys and hairstyles took up most of my mental real estate. Running was a retreat from the angst. Sprinting toward the finish line in a mass of other teenage girls to the tune of music, cowbells, claps and shouts; running alone on a long country road. I loved it.

I arrived at the track and absorbed its strange quietness. None of the male team members were sprinting around in red-and-white pin-striped shorts, the college’s colors. Dark green rainclouds hovered overhead. I unhooked the gate’s latch and shot onto the surface. I ran one loop, keeping a steady pace over those 440 yards.

It had been two years since I’d run more than a half-mile. My limbs were rusty, my muscles soft. I felt my knees quiver, my heart pound. Still, I kept on. Running had been our language. My father’s last race was over now. But I could keep running. I could circle this lap as many times as I’d like. Tonight. Tomorrow. All of next week.

My soles slapped the track with anger. A first loop, a second, then a third and fourth. I was on auto-pilot. I don’t remember breathing at all during that mile.

But I do remember crying afterward.

Kristine Hansen is a freelance writer and writing teacher/coach based in Milwaukee, Wisconsin. She writes about food, wine, sustainable living and travel for outlets that include Fodors.com, TIME, Yoga Journal and FSR, a restaurant-trade magazine. Her essays have published on Babble.com, Milwaukee Public Radio’s “Lake Effect” program and in Whole Life Times.