The walk home from school was long — like four-hours long the way we did it. But it kept us out of an apartment full of grief triggers. 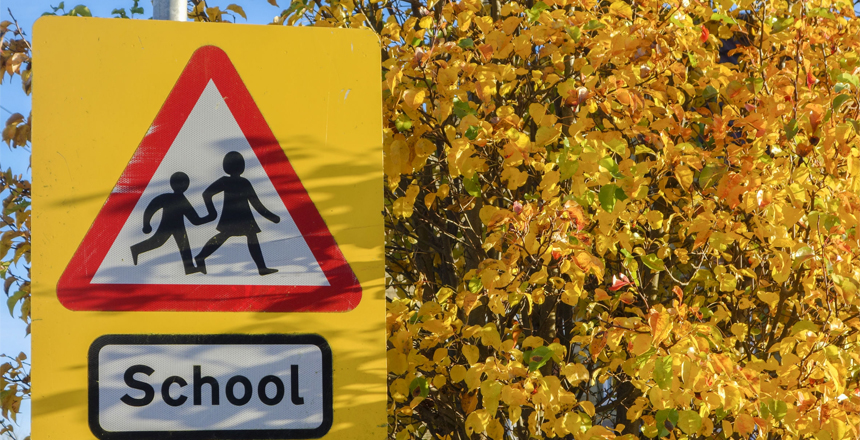 Rocco was 3 and Clementine was 6, and now their dad was dead. As in, we never saw it coming, then “oh my god that really happened,” dead.

And I was newly alone with them, head spinning with how to make all the moving parts fit together to get us from point A to point B to maintain whatever semblance of our life we could manage.

First I would pick up Rocco at preschool.

I used to love the walk to and from school with my sons, Rocco’s teacher told me. We could really talk then.

I didn’t think I was making the best use of our walks conversationally. But just wandering down blocks of stately Brooklyn brownstones where we would stop for Rocco to linger at the corner with the fishpond and where I would prompt him to keep moving, get down from the fence, here, I’ll give you another Triscuit, let’s get going, was about all I could muster.

Sometimes we found ourselves on the block where we had seen the decaying pigeon earlier in the year. The pigeon that troubled Rocco so much. The pigeon he so badly wanted come back to life because he was 3 and a dead pigeon was a sad, sad thing.

Yes, I told him. It is a very sad thing that daddy died. It is also very, very sad. And I would start crying and wish that I had remembered not to walk down the pigeon block.

But that wasn’t how I was operating, because why avoid the pigeon block when we still lived in the apartment where daddy had died? Where we still got his mail, pet his cat, listened to his records? Where we still watched Netflix on the couch signed in as him since I didn’t know his password and setting up a new account seemed like an easy thing to avoid in a long list of hard things to avoid?

READ: Are My Children Reacting to Their Father’s Death — Or Are They Just Acting Their Age?

Plus, we couldn’t avoid the pigeon block because then I would be like the couple profiled in The New York Times real estate section whom I scorned. The couple that had to move after the death of their dog because, as they explained in their interview, “It just got to be too much. When we went out, I couldn’t turn left since we always turned left when we walked Lucy. So we had to move.”

Fuck you, I thought as I read the column some months after. Fuck you for moving after your dog died. Fuck you because I can’t not turn left.

The pigeon block, like all the blocks in the neighborhood was a quiet one, lovely and free of graffiti, where you could let your 3-year-old cross the street without holding his hand.

We would make our way down through this serene Brooklyn enclave until we reached Clementine. It was a 7-minute walk for a solo adult. It took at least 20 with a child in tow. We would get there late and there she would still be in her classroom with her teachers, Alex and James*. What luck I thought when her dad died. How many first graders have even one male teacher and my daughter gets two?

Then we would pick her up and sometimes when we walked towards the train she would sing Alabama Arkansas/ I do love my ma and pa/Not that way that I do love you — the song that Clementine’s class performed at the school concert only a few hazy weeks after we discovered her dad dead on our couch.  Dead from a heart that decided 40 years of beating was enough.

Alabama Arkansas. Every time I now hear that song I am taken back to the church where the concert was held and where I sat in a middle pew with my brother and with Rocco, still dazed that I wasn’t sitting there with his dad. My gap-toothed daughter standing in the back row bleacher next to her soon to be best friend, a girl whose single mom reached out after I became one myself. Clementine sang and I watched, gripping Rocco, who wouldn’t sit still quietly, wondering how many people were stealing glances at my family.

But after the concert there would have been school, and after school there would have been the journey home. This was a journey for which I had only recently ditched the stroller, rationalizing that the time it won me on the walk from train to preschool was lost when we couldn’t squeeze onto a crowded train with its bulk.

That was a train I was increasingly dreading. The subway rush hour crush of bodies and come on kids hold on to the pole, don’t poke each other, stay together, please don’t spin around, you’re bumping people, was getting overwhelming. And I couldn’t help hating the strangers who didn’t give my children seats because how the fuck can you not give a seat to a child who’s parent has just died?

So any subway we could cut out was a good thing.

If we made it all the way down Fulton Mall we would find ourselves at the Dekalb stop.  Success.

Look we cut out the R train! Great work kids. Ok, gang, train or walk to the next stop?

And Clementine would bargain. I’ll walk to the next stop if you carry my bag and we can get a hot chocolate, or if it was nice out, an icee.

But Rocco, 3-year-old Rocco, would waver tired until Clem and I badgered him into it. An icee! Another hot dog! A water bottle of his own!

So we would do that stretch of Atlantic Avenue where chain outlets had not yet sprouted until we got to Atlantic Terminal. One more stop?  To 7th Ave? We can go draw on the chalkboard at Starbucks? Or get sushi, or go the community garden?

We would press on.

And so sometimes we would go for it. Making our way to Brooklyn’s Prospect Park.

READ: In Grief, My Treadmill Has Been a Loyal Companion

But when we made it to the park, oh were we accomplished! And I had killed more time. That meant fewer hours in that apartment, which was a good thing because that apartment was a place I didn’t always want to be.

But want to be there or not, it was home, and our destination, and if we made it all that way I would exclaim, Is it really 7? Didn’t I pick you up at 3, Rocco? We did it! As if a forced march on exhausted grieving children was some sort of triumph.

There wouldn’t be time for a bath or dinner or teeth brushing or any of those things that I once thought mattered an awful lot. Because children crave routine! And hygiene is important! And family dinners knit us together! Ideas from our old life. Our old life where their dad had made lasagna for the first-grade potluck. Lasagna that we never ate since he died that morning.

Later, another mom told me, I remember saying to Melissa at the potluck, “It’s so irritating that Joe and Ellen didn’t show up. They were going to bring a main dish. And then I felt so guilty when I found out why.”

That main dish. Their dad was pretty good at lasagna. Well, sometimes it was a little soupy, but tasty still. I’m not sure about the potluck one though. Maybe it had come out perfect. It sat in my fridge for a long time before someone must have thrown it out. I mean, can you eat food the dead have prepared?

Normally, I would have been thrilled by a stocked fridge that I hadn’t had to worry about stocking. But now figuring out which container was whose and what needed returning and whether I should try this foreign looking mac and cheese so I could thank whoever made it, was not at the top my list.

That list. It ate at me. Still eats at me. I made us walk to get away from the list.

File taxes. Get Joe off the co-op title. Close this account. Find that one. Call this person. Send that thank you note. Apply for health insurance, social security, a reimbursement. Did I cash that check? Get the kids a cardiologist appointment? Contact the DMV? Do I have to pay Joe’s speeding tickets?

I walked to get away from my lists.

Like that Saturday walk back from Manhattan’s West Village, where we had been at a birthday party. But it was early and hours upon hours of weekend loomed before me.

Hey guys? Wanna walk over the bridge? It’ll be so fun!

But it wasn’t fun. It was loud, and we were tired and the kids were squabbling over the rumble of the train and no one wanted the snacks I brought. So I threw my bags of food down. Smashed our goldfish and water bottles and go-gurts on the walkway of the Manhattan Bridge and screamed something awful.

I am trying so fucking hard and I can’t do this alone!

After I screamed, I half hoped that the rumble of the Q train had drowned me out. But I was pretty sure that it hadn’t and that my children had heard every terrible word.

It’s ok Mommy, they said, comforting me. It’s okay. But it wasn’t okay.

And we still had half a bridge to walk, and we were sweating, and I had ruined our snacks, spilled our water, lost it on my beautiful babies. Those babies who I only wanted to feel safe in the face of such a loss of safety. But we were in the middle of a bridge, and so we had no choice but to keep walking.

So we walked that day, and then we walked a bunch of others until we had walked so much that with each walk we were able to walk it off just a little more.

*Names have been changed.

Ellen Kate is a health educator, mom and sometime writer. Find more of her writing here.