The ninja squirrel in my kitchen wasn’t my late husband saying ‘hello.’ It was a reminder of my new, unwanted role: single mother. 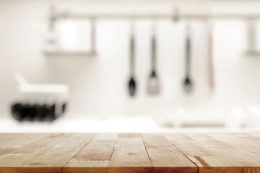 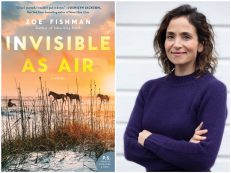 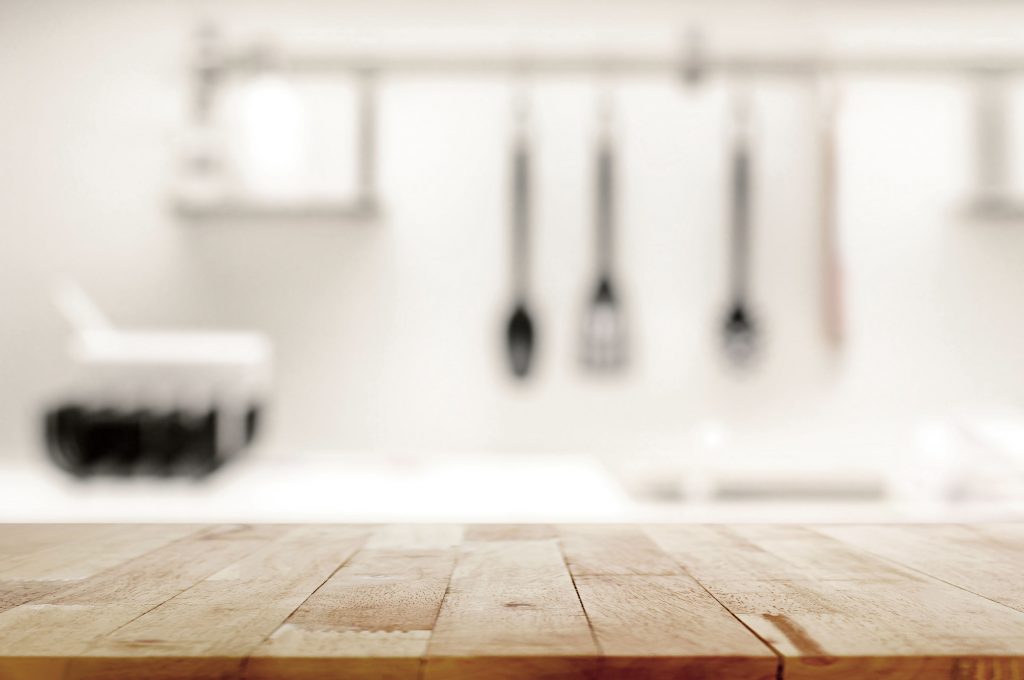 In the spring of 2017, I started writing my fifth novel. I was living a charmed life until my husband, Ronen, left for work one morning in early June and never came home. He suffered an AVM brain aneurysm and after a week in a coma, died.

It still stuns me to type that sentence.

When something like that happens to you, you are never the same. Every word you speak or write, every interaction you have, every breath you take is tinted by that loss. The loss of that person yes, but also the loss of yourself; the you before that.

READ: What ‘Dead to Me’ on Netflix Gets Right About Young Widowhood

And you look for signs. For clues that your loved one’s soul still exists. The morning after Ronen’s aneurysm, lights flickered in my mother-in-law’s bathroom as I splashed cold water on my face. And I heard him, clear as day say:

I told him not to be sorry. This was not his fault.

On a Friday morning about four months’ out, when our boys were in preschool and kindergarten, respectively, I was upstairs writing. The house was blessedly silent until unexpectedly, I heard a commotion in the kitchen. My fingers froze over the keyboard; the hairs on my arms stood on end.

Had someone broken in? No, impossible. It was 10 a.m. Had my refrigerator, which had been on the fritz and then off the fritz decided to fritz again, sending pools of water out from underneath it? I sighed. I got up and crept down the stairs, anticipating another call to the repairman.

As I came around the corner to the kitchen, I gasped. Because it was not an intruder. Nor was it the refrigerator. Instead, it was a squirrel, leaping around my kitchen counters and throwing itself against the windows over the sink that overlook the backyard, desperate and afraid.

I was still untangling the bureaucratic threads of Ronen’s life. Hours at the bank; on the phone transferring bills; at the DMV; the Social Security Office; wading through the uncertain muck of healthcare options. My roof leaked; his car needed to be sold, – the list went on and on. But now, what in the world was I going to do about a feral animal inside my home? Was this squirrel a message from Ronen? That seemed insane and if true, a terrible choice in terms of delivery options.

READ: ‘Smad’ and Other Words Born of Grief

I did what anyone in my position would do. I screamed at the squirrel to get out. Not surprisingly, this only terrified it more, and its spasmodic bounding increased, its nails scratching and clacking across every surface. I grabbed a broom. I ran towards it, the broom over my head like a weapon. But there was one problem: even if it did want to leave, it couldn’t. I hadn’t opened any doors to allow for its escape. I ran to unlock the back one, only to return to find the kitchen deserted, the house as silent as it was before.

I tiptoed through the house, my heart racing with fear. I opened every closet, searched under every bed, couch and chair. Nothing. 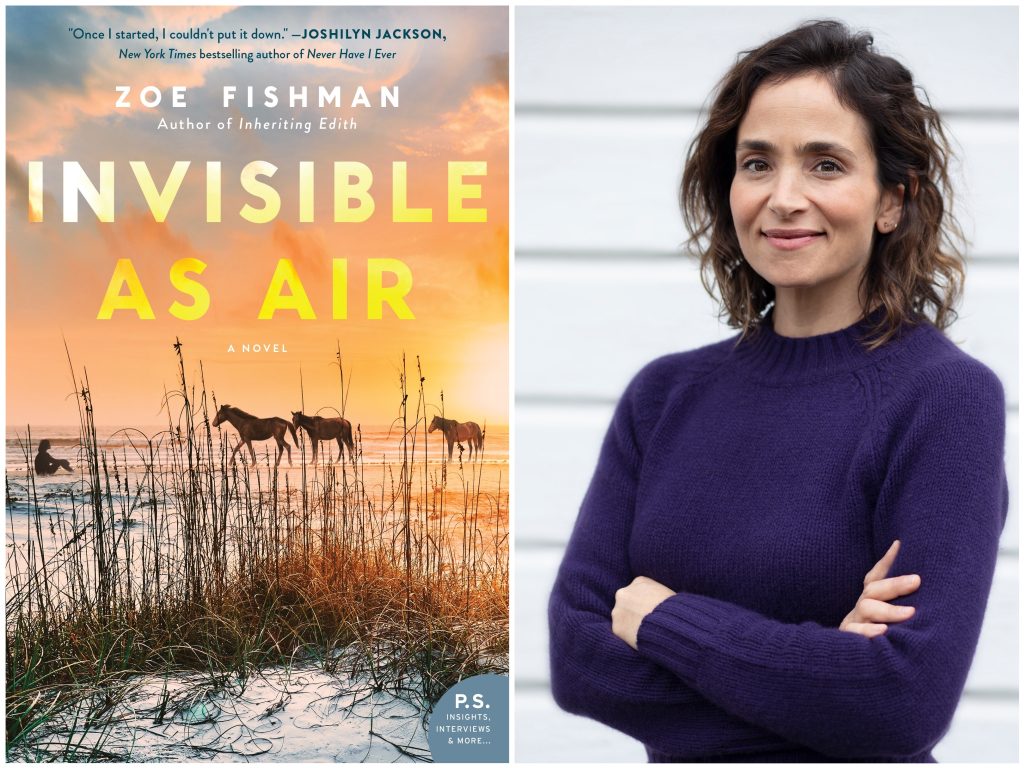 The author and her new book, “Invisible as Air.” (Photo by Karen Shacham)

This was a ninja squirrel.

I called in my very kind neighbors. They brought their dog, Lucy, who dutifully sniffed every inch of my house. Nothing.

The squirrel was gone, they assured me.

But how? I never saw it leave.

Maybe through the back door when I wasn’t looking, they offered.

I wanted to believe it and so I did. Sort of. I thanked them and began the rest of my day, which involved picking up both boys and shifting back into mom gear.

The day proceeded. Not a peep. Maybe it really had left. As I cooked dinner, I Googled “the spiritual meaning of squirrels.”

“They’re a reminder to have more fun,” Google informed me.

We ate dinner. Dessert time came: pears, much to the chagrin of the boys. After I had sliced them and placed them on the table in front of them, I turned to begin cleaning up.

READ: The Bread I Still Can’t Bear To Bake

“SQUIRREL!!!!” my eldest screamed, sending me into an immediate panic.

Sure enough, there it was, scrambling on the counter, over the messy plates, into the bowl of guacamole, through the sour cream and once again, up on the window sill, leaving a trail of tiny Tex-Mex paw prints in his wake. I screamed a steady stream of obscenities. The boys began to cry hysterically, my five-year-old perched atop the dining table; my two-year-old enraged by the constraint of his booster seat straps in the face of such danger.

This time, I knew what to do.

I grabbed my broom again. I shut every door other than the French ones off the kitchen, which I flung open so roughly that for a moment, I feared the glass would shatter.

“GET OUT!!!” I screamed. I chased it around the living room. I jabbed at it as it took refuge under the couch. “GET OUTTT!!!!” I screamed again, along with more obscenities. “GET THE F**K OUT OF MY HOUSE!!!!”

And then. Somehow. It listened.

It ran at the speed of light, out of the doors and into the backyard. I slammed them shut, the boys still screaming. I collapsed to the floor, sobbing.

Because of course, it wasn’t about the squirrel. The squirrel was not a sign.

Instead, it was just a reminder of my new, unwanted role: Commander In Chief. Single Mother. Ninja Squirrel Exterminator. And still there were two shrieking boys to reassure; a kitchen to clean up; lunches to pack for the next day.

This past February, my father died of heart failure. He and my mother had moved here the April prior with the very noble intent of helping me with the boys, but sadly things didn’t quite go as planned. He died on his terms, in his own home with his family gathered around him under hospice care. He was not in pain. I got to hold his hand and say goodbye to him. When I look back on our almost year together here, I am grateful for all of the one-on-one time we had, all of the conversations, all of the memories shared and forgiveness granted. That is a gift I didn’t get with Ronen. The difference is night and day.

I can’t help it, I find myself looking for my dad too, now. But like Ronen, the only assurance I have comes from a message he sent to me through my mom.

Two days before he died, I was sitting with him on his back porch, the boys playing baseball with my brother in the yard. My dad was weak, in a wheelchair, but still himself. He was a professor of political science and had studied and taught Plato, Aristotle and Socrates practically all of his life.

He believed that his soul was going to go on, he said.

I asked him if he saw Ronen, would he say hello to him for me?

Of course, he answered.

A few days after he died, my mother called. She told me:

Last night I had a dream about dad. I couldn’t see him, but I heard him.

He told me that Ronen says hello.

There it was. Another sign to lift me up and out of the abyss of grief when I need rescue.

Zoe Fishman’s new novel, “Invisible As Air,” (Morrow) on September 24, 2019. You can order it wherever books are sold. She is the bestselling author of “Inheriting Edith,” “Driving Lessons,” “Saving Ruth” and “Balancing Acts.” She lives in Decatur, Georgia with her two young sons. Currently, she is working on her next novel and teaching writing at Emory Continuing Education and Decatur Writers Studio, at which she is also the executive director. You can visit her website, or follow her on Twitter at @ZoeFishman76.