Sizing myself up to DJ Tanner, Carol Brady and Nancy Botwin 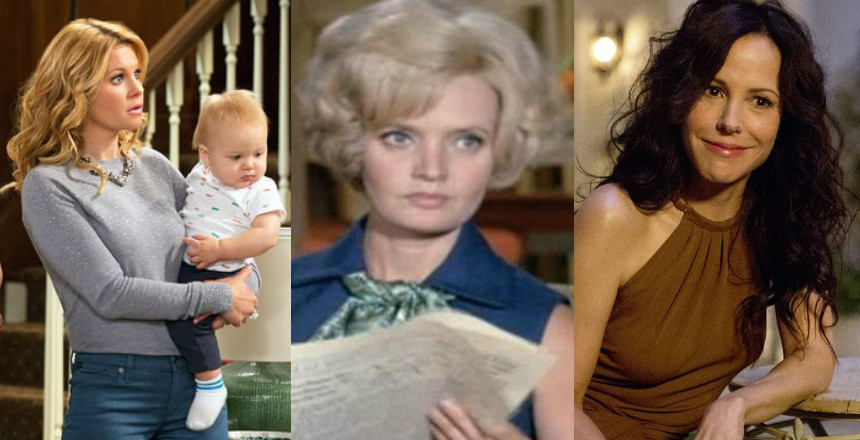 After my husband passed away more than five years ago, my kids began obsessively watching “Full House.” When “Fuller House” came on Netflix, my children counted down the date to its season premier with the same excitement as they did a birthday or major holiday. The night of the show, they requested I purchase popcorn and watch it with them.

In “Full House”, watching Danny Tanner navigate single parenting with Jesse, his clueless, Elvis obsessed brother-in-law, and Joey, a struggling stand-up comic, was oddly cathartic. He was constantly making mistakes and many times, DJ was forced to parent her younger siblings as Danny balanced his career and fatherhood.  This show made me feel better about my parenting.

Watching “Fuller House” was a different experience. In the first fifteen minutes I watched a well-dressed new widow crack jokes, parent an infant and two school-aged children, and help her friend’s dog birth puppies. Unlike with her dad Danny, I was impressed with DJ. Even her mild breakdown, which played out through the baby monitor, wasn’t too severe. Then I stopped watching because—I hate to admit this—I started to feel insecure.

I thought about the sitcom widow and how I’d compare: I hadn’t remarried a caring widower with three similar aged children and a housekeeper, like Carol Brady. I didn’t tour the country in a retro multicolored bus with my musically successful kids like Shirley Partridge, and I never provided my family with a short but lavish lifestyle as a drug dealer, like Nancy Botwin.

READ: The Best Show for Your Grieving Child (and You)

In the plethora of sitcom widows, I only related to Alice, the widowed mom and aspiring lounge singer who accidentally wound up in Phoenix when her car broke down on the way to Hollywood. Even though Phoenix is less than a six-hour drive to Los Angeles, and despite the fact she fixed her car to commute to work, Alice stuck it out at Mel’s Diner, where she had a verbally abusive boss and what seemed like only two friends, who were also her co-workers.

Like Alice, I’ve made attempts to change my life and could list accomplishments and anniversaries that were indicators of emotional growth and stability, but many didn’t stick. If I compared my growth through sitcom widows, I was still serving greasy fries to tired truckers, hoping one day to headline a cabaret. Since my husband died, I hadn’t moved, fallen in love, or excelled at a new career. If my husband was able to see us, he’d immediately recognize our life as the same one we were living when he was alive, expect everyone was a little older and sadder.

I can hear my mom saying, “Alison, TV isn’t real. Don’t compare yourself to people on a show.” Yes, we all know TV isn’t real. If it were, cops in Park Slope would look like Andy Samberg (they don’t).  We watch sitcoms for escape. The fact that these widows weren’t real didn’t mean I couldn’t respect the actions of the characters and the premise of their situational comedic lives, while alternately feeling anxious about mine. There are lessons to be learned from both sitcoms and real-life widowed moms. In my years of grieving, there were so many moments of self-doubt, where I believed I was failing as a widow, until I made myself feel better by reasoning, who would want to succeed at it?

Yet if I stuck around to watch the rest of “Fuller House” I would have seen DJ accept help from her sister Stephanie and childhood friend Kimmy because she couldn’t face being a widowed mom alone. Even TV characters are vulnerable. I realized, like photos on Facebook and the fantasy world of TV, nobody was doing it better than me, they were just doing it differently.

Unlike a sitcom, there isn’t a laugh track in my life alerting me to the funny parts. I live in reality where graduations and birthdays continually sting my perpetually open wound. There are days when I’m so exhausted from the responsibilities of my life that I can’t muster up the energy or interest to search for a Mr. Brady or have a wise cracking kid to convince me record a demo tape.  The fellow real-life widowed parents I’ve met aren’t sitcom material either, yet they continue to be the strongest people I know. Their hearts and lives were shattered, but they all figured out how to rebuild, even if it meant simply existing.

Maybe I’ll always be stuck at the diner like Alice with dreams on the horizon. Or if I watched Alice more carefully, I might have noticed that sometimes, when the reality of responsibility hinders you from living your dreams, and your car breaks down in Phoenix, you recognize that new ambitions can be even more fulfilling—or at least that was what the theme song told us. For now, I’ll stop analyzing sitcoms and just laugh at them. For anyone who has ever lost someone they love, realizing you can still laugh is probably the most hopeful milestone in the saddest journey nobody ever wants to take.

Alison is a freelance writer and author of guidebooks, children’s books, and plays. You can find her at brooklynbaby.com and on Twitter @cityweekendsnyc.