As I see the world sink into the abyss amid the coronavirus pandemic, I recall the first days after my daughter Talia’s terminal diagnosis. 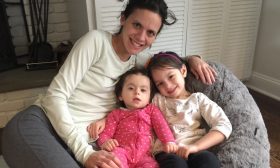 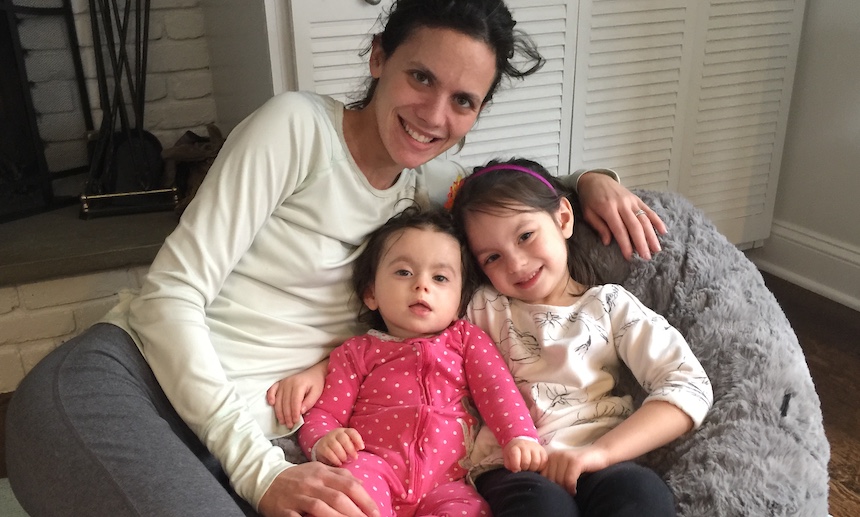 The author with her daughters (Courtesy of Carla Steckman)

“We’ve been through worse,” I tell my children as we hunker down at home, wave to friends from afar and watch overwhelmed hospitals plead for masks, “and we will make it through this as well.” I know all too well the pain of living in a state of continual anticipation and the frustration of realizing that, despite whatever precautions we may take, we can’t ultimately control our own health.

Weeks ago when I first saw the chart urging Americans to “flatten the curve,” I was thrown back three years to when I sat with my 10-month-old daughter at the pediatrician’s office staring at the only other curve I’ve ever felt threatened by: the developmental curve on which Talia was falling short.

READ: Since My Son’s Death From Tay-Sachs, ‘Coming to Terms’ Is a Complex, Daily Practice

My fears for Talia started off small, and then as her developmental curve flattened into a terrifying horizontal line of non-development, my fear grew to encompass the type of lifelong debilitating diagnoses for which I was too afraid to learn the names. As I now spend nights worrying about one of my family members falling ill with the coronavirus and plotting ways to avoid it, I remember nights spent anticipating Talia’s worst-case scenarios. That anticipation came to an end when she was diagnosed with the one disease I hadn’t even considered worrying about: Tay-Sachs, the always-fatal neurological disease for which I had been told (mistakenly) I wasn’t a genetic carrier.

Today as I see the world sink into the abyss with citizens anticipating disaster — illness, death, financial ruin or if lucky, none of the above — I think of those first days after Talia’s diagnosis, when I was struggling to figure out how to raise a child whom I knew could not survive. It was a slow-motion nightmare that I had no choice but to live through.

‘The simple pleasures do not disappear because the world is a mess; they take on all the more importance and meaning.’

I know what it is like to live in a state of anticipation. Just before her first birthday, I was told to anticipate my daughter’s death anywhere between one day to three years in the future. I raised my daughter and her two healthy older siblings knowing Talia would die, but not yet. Now, like before Talia’s diagnosis, I am in a state of uncertain anticipation again. If the trends hold, I will know someone who falls ill and possibly even someone who dies from COVID-19. We will all know someone. But we can’t let that consume us.

While I knew with certainty that Tay-Sachs would claim one victim, I refused to allow it to take any other family member down with its side effects of depression and grief. My plan both then and now is to view reality with clear eyes, free from debilitating fear or blind hope because only with clear information can we make informed choices. 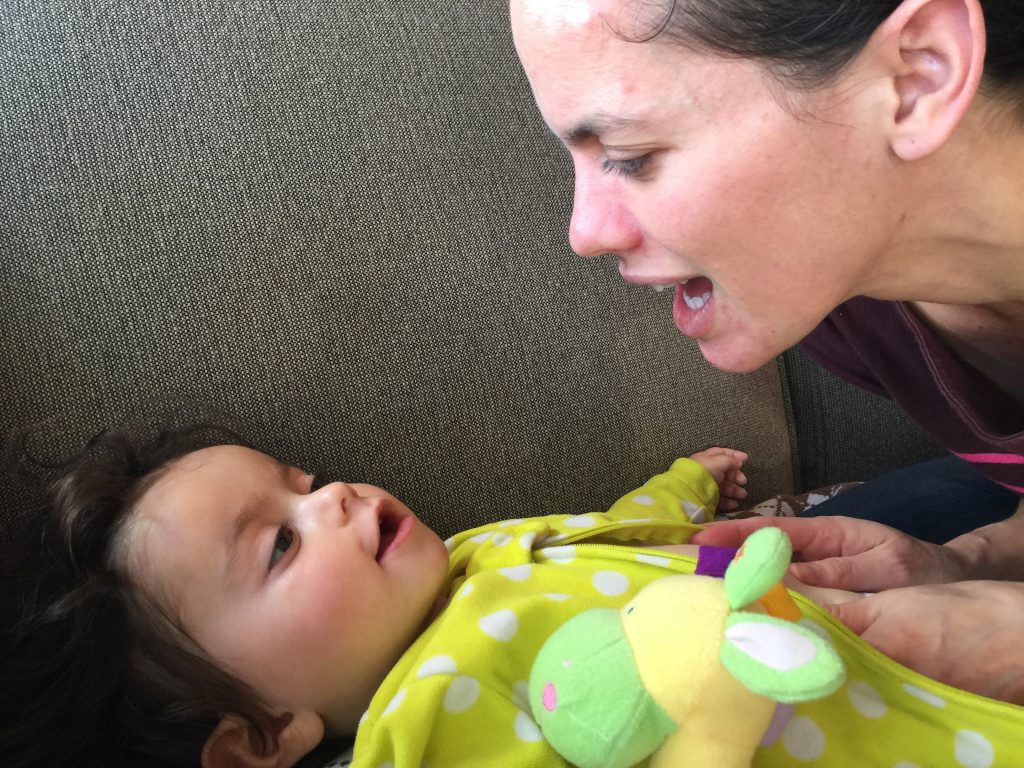 Then, as now, if I had only spent time anticipating and fearing the tragedy that was coming, or mourning the innocence that had already passed, I would have missed the small moments of joy still happening around me. In both circumstances, I need to live intensely in the moment and enjoy the small comforts of each day. With Talia that meant feeling the weight of her body as she napped on my chest, or the rare moments when a tickle would find just the right spot in her ribs allowing us to hear her wonderful laugh. These days my present includes sitting on a couch with my other two children watching live streams from empty zoos, video-chatting with grandparents and watching the breeze as it sways the trees. Living in the present doesn’t mean ignoring the truth around us, it means accepting what is going on in the world and making a choice to engage anyway.

While I raised Talia it was easy to lose myself in despair for what might have been: If only my carrier screening test had been accurate, just as people now are questioning what might have been if they hadn’t touched that doorknob or attended that party. These questions, while human nature, do us no good and only take us further from the present.

READ: My Younger Daughter Died of Tay-Sachs. But the School District Was Reminding Us To Register Her for Kindergarten.

Talia’s older siblings lived happily for a year in their house with their mute and mostly immobile sister. They accepted her exactly as she was, and after she was gone they were able to move forward because of the love and normalcy they experienced in abnormal times. I am applying the same lessons in my house now. I’ve learned the hard way that I can’t control the persistence of viruses and disease, but I can control the grip they hold on my mindset.

After having lived for two years now through the death of my almost two-year-old daughter I know that no matter what comes, I will emerge. I will be changed, but not broken. I have learned to appreciate the small moments more because I have now lived through the big ones. At the end of the day, the simple pleasures do not disappear because the world is a mess; they take on all the more importance and meaning. I will look to my circle of friends and family, who are only tighter because of the challenges we have shared. I will look to nature, whose endurance is always an inspiration. I will learn from this experience and grow from it. More than anything I will remind myself that I am strong enough to handle anything.

I’ve lived through one worst-case scenario already. The view from the other side is challenging, yet it is also deeper and more beautiful than I could have imagined. As I write my children are outside laughing and building snow forts in our quickly melting surprise springtime snowfall. Soon they will return and my other job as homeschooler and screentime warden will begin again. What the rest of the day brings is a mystery, but I’m prepared for anything.

Carla Steckman is a writer and mother who has recently completed a memoir about love, grief and managing the unexpected. This essay first appeared on Medium.