The Hummingbirds Who Lightened My Grief

When my daughter died, I hated the sun for rising without her. I wept as the world turned green and flowers burst open. But the backyard birds were a different story. 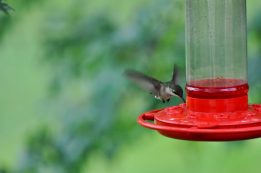 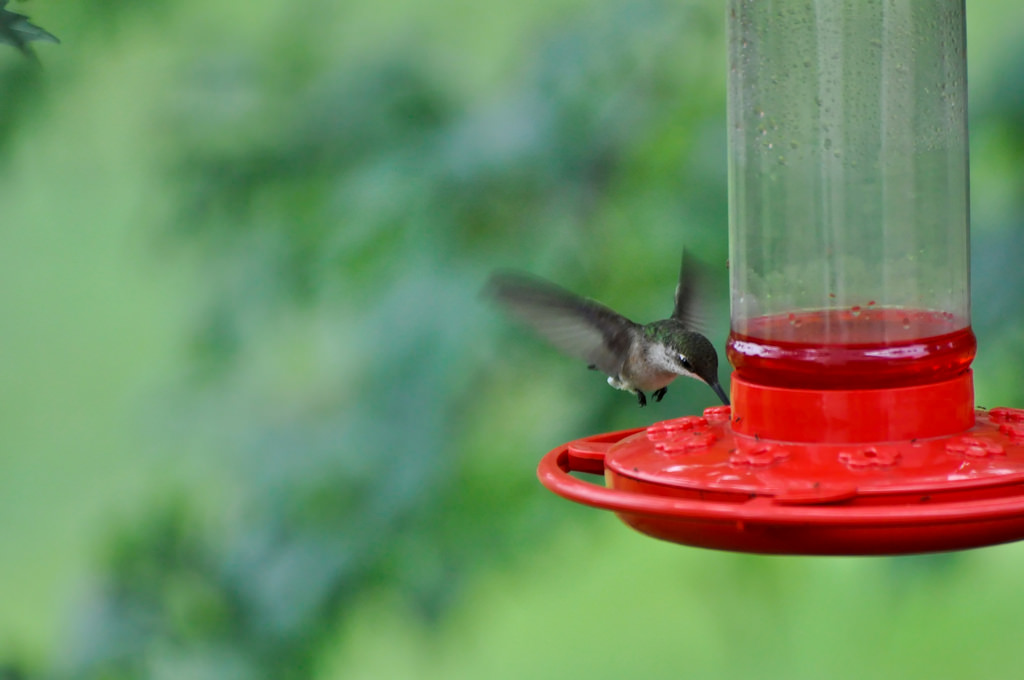 My 15-year-old daughter wanted to get a hummingbird tattoo before she died, but tattoos are illegal for children under 16 in New York State. I could have driven her to New Jersey for the tattoo, except she was extremely anemic and I was afraid she would get an infection.

I waited, hoping her tumors would magically stop growing, hoping her profound anemia would somehow resolve, hoping that some miracle of modern medicine would save her, that she would live long enough to legally get that tattoo. Eventually, hope and time ran out.

She died in March two months short of her 16th birthday and we had a replica of the hummingbird tattoo painted on her urn.

Barely a week after my daughter died, everything started to bloom. I watched the world come back to life, resentful and heartsick that my daughter wasn’t there to watch it too.

As the days warmed and the landscape grew lush, I sank into my grief. I bought myself a necklace with a hummingbird charm. I looked for signs of my daughter, hoping I’d see a hummingbird in my yard. I’d seen them in the past, so I knew they came as far north as New York.

When I speculated about this on Facebook, someone posted: “Bee balm! Plant Bee balm and they’ll come.”

“They love butterfly bush and trumpet vine,” someone else chimed in. “That’ll attract them.”

I ignored the advice, too soul-sick to think about planting flowers that would surely die under my watch. I wondered if the althea bushes (also called “rose of Sharon”) that dotted my yard would be enough to attract hummingbirds. Their abundant flowers contain nectar, but don’t start blooming until July. 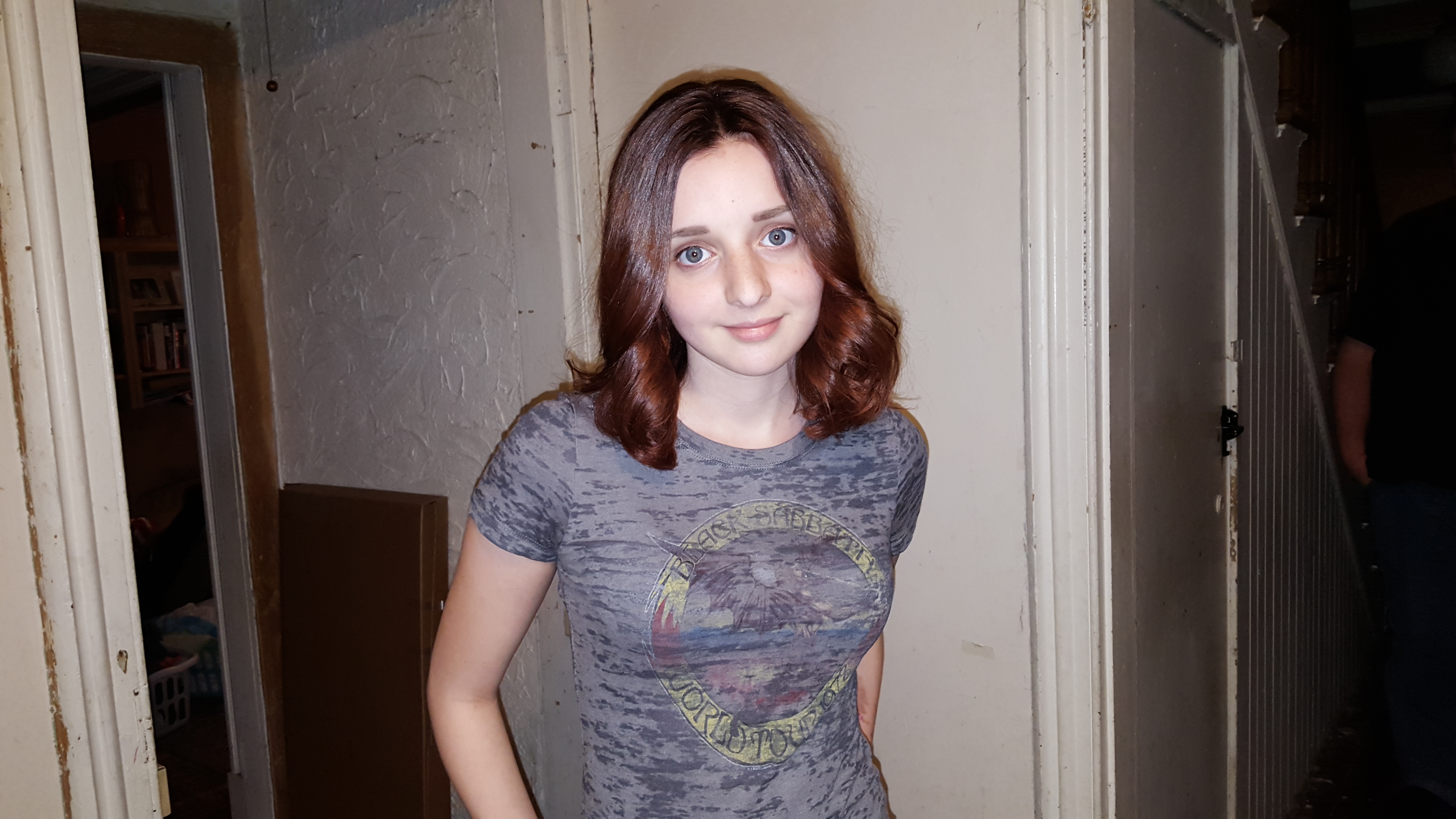 In mid-June, a friend brought me a hummingbird feeder and a container of cherry red nectar. I hung it in the backyard where it baked in the sun. I changed it frequently, feeling foolish every time I dumped the untouched liquid into the sink.

I’d recently become friends on Facebook with a woman who’d lost her 17-year-old daughter about two months after I lost mine. Through our exchanges, I discovered she was a hummingbird expert. Though burdened with her own relentless grief, she inspired me to be more proactive.

“Plant bee balm,” she insisted after reading one of my dismal posts. “Plant purple salvia.” She told me to throw the store-bought nectar away and make my own out of sugar and water.

“Tie red ribbon to the trees near the feeder,” she instructed, so I spent one morning making the tree limbs look like Christmas presents. I tied ribbon along the entire length of the pole where the feeder hung. My husband and I visited a local garden center and picked up bee balm and salvia, plants with bright purple and red flowers.

READ: After My Son’s Sudden Death, I Am Forced To Choose Life — Sometimes Several Times a Day

Around mid-July, after the althea bushes had begun to bloom, my husband and I were outside with our dog. As we leaned against the car blearily drinking coffee, a hummingbird buzzed above us. It zipped across the yard flying purposely around every single scrap of ribbon until, at last, it found the feeder. It landed. It drank.

They came every day after that. The first was a tiny male with a ruby throat. Sometimes I saw a female at the feeder and assumed it was his mate. The two birds took turns eating as I watched from a lawn chair about ten feet away. Within weeks, two juvenile birds appeared. The male wouldn’t let them feed, chasing them away with a flurry of wings and chatter, so I bought a second feeder and hung it on a pole across the yard.

One day I noticed a new bird sitting on the feeder. Small and round, its head was crowned with red feathers and its black wings were dappled with white spots. It was unsuccessfully trying to get to the nectar. I took a picture and sent it to my mother who had been an avid birder for more than 30 years.

“Downy woodpecker,” she said. “Get a suet feeder. They love them.”

I got a suet feeder and a package of suet cakes and hung the feeder in a tree. My mother was right —the downy woodpeckers love it. Since then, I’ve added three more feeders and filled them with a variety of seed. I watch them, sometimes for hours, trying to learn the names of the birds that come to feast. I am determined to know them all.

Along with hummingbirds and downy woodpeckers, I regularly see cardinals, tufted titmice, black-capped chickadees, white-breasted nuthatches, blue jays, mourning doves and, lately, two gorgeous pileated woodpeckers that absolutely take my breath away. One morning when I was feeling particularly sad, I scanned the dead ash tree that skirts my yard and found myself face to face with a Cooper’s Hawk.

Even now, in October, I sit outside every day the weather allows and wait for them, talking under my breath, hoping my daughter’s spirit can hear me. “Show me the birds today,” I say. “Will you make them come?”

There is something about birds that transcends the mortal world. They are just animals. I know that. I see them at the feeders eating, fighting and preening. But I also see them soaring above me, angling through the yard with preternatural grace.

When my daughter died, I hated the sun for rising without her. I hated the buds on the trees. I wept as the world turned green, flowers burst open, and strawberries ripened in our little garden. But then the birds came and made my heavy grief lighter.

The birds have no understanding of time or sorrow. They taught me to make space for my grief, to slow down and look up. And now as winter approaches, I’m learning which birds will stay with me through the season and am counting on them to bring color to my yard long after the leaves and flowers are gone.

Jacqueline Dooley is a writer and entrepreneur living in New York’s Mid Hudson Valley. Her essays on parenting a child with cancer and parental grief have appeared in The Washington Post, The Huffington Post, Pulsevoices.org, and GoodHousekeeping.com. She is also the author of two children’s books featuring a main character with cancer, “Doorways to Arkomo” and “Doorways Home.”