The Rules of Grief Do Not Apply

My father died during the Covid-19 lockdown in London. The absence of support felt so surreal that I wondered if I could pretend his death never really happened. 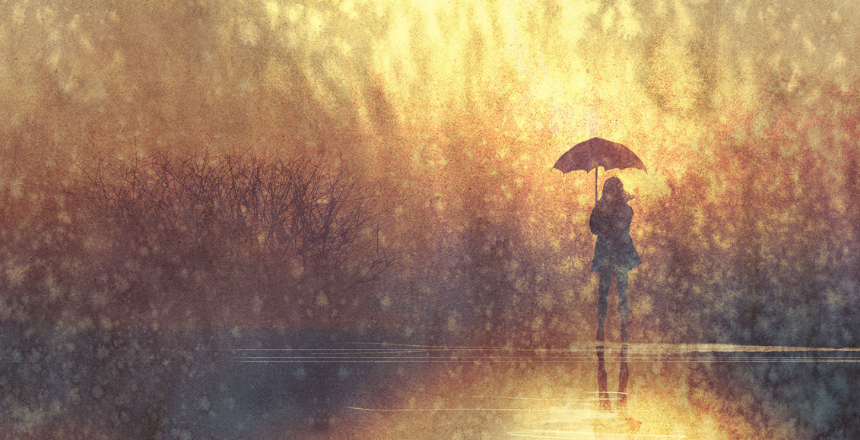 Since early 2020, my social media timelines have been filled with grief but none of it is mine. They have been filled with the grief of my city, the grief of nearly 130,000 dead in my country, and the grief of a world battling a pandemic where so many have experienced a sudden and total transformation of their daily lives. There have been non-stop images of hospitals, and mortuaries of cemeteries and funerals on the television. Death has been everywhere and yet my own grief has felt lost.

My dad died at the end of November 2020. He caught pneumonia, had a stroke, and went into hospital. When he left my parents’ home in an ambulance the paramedics told us he’d recover. A week later he was still not responding to antibiotics. A week after that he was in a hospice receiving palliative care. Two weeks later, he was gone.  And that’s when we found ourselves in a quiet world where everything had suddenly changed.

We grow up expecting death to be and feel a certain way. And it will almost certainly never be like we imagined it. But there was no way to imagine what it might feel like to lose someone in a global pandemic which has spurred a grief-stricken world.  Why would anyone ever want to imagine that? We also grow up knowing that when death does happen, there will be people, structures, traditions in place to help us through. There will be rules. But a pandemic has its own set of rules.

There were no crowds at my dad’s funeral, just the twelve people we were allowed to invite. We had to tell others who wanted to come that it wasn’t possible. In the darkest of times, we had to have unrehearsed and impossible conversations.  We had to decide whether to let people watch us online. And when we chose not to, we had to explain why.  We had to make decision after decision rather than just be enveloped by the grief.   Everything about the funeral was quiet. A total of twelve, just three at the graveside. But we were lucky. We were allowed to be there. We were allowed to shovel earth on to the coffin. We were lucky to be left with some small normal things when so many didn’t even have that.

A shiva house is filled with people and noise. I’ve grown up taking cake, making tea, listening to stories – and sharing them in shiva houses.  Our home wasn’t filled with people. We had one night of online prayers for family. We were surrounded on screen by people who loved us dialing in from all over the world. For a while there was noise, chatter, we felt less alone.  But then we turned off the computer and the silence returned.

Covid-19 added complicated layers to my grief in sometimes incomprehensible ways. And it turns out that those layers stick to everything and are impossible to peel off. They wrap themselves around feelings, traditions and rules. They prevented me from going back to work in an office and chatting with colleagues, they meant I couldn’t get my hair cut to make myself feel a bit better as the salon was closed, and they meant that I couldn’t have an in-person coffee with a friend who could listen. The absence of people in my life made the absence of my dad feel so surreal – another silence in the deathly quiet of our new everyday lives – that I wondered if I could pretend it really hadn’t happened.

Perhaps this pandemic has given us the chance to see things differently. Perhaps it’s given us a chance to grieve in a world where everyone is experiencing loss. Where others have a small insight into what our lives feel like right now. As the world starts to open up, I wonder if perhaps Covid will allow people to be kinder, more empathic. More caring. And perhaps in this new world we just have to make new rules; find ways to fill the silence; say kaddish with the trees; and remember that we are loved, that we were loved, and that we always will be.

Juliet Simmons is a Creative Producer based in London. She runs her own consultancy, Piece of Cake.