My baby died at nine weeks old, leaving my restless hands with with no caregiving tasks to fulfill. In time, they created something beautiful. 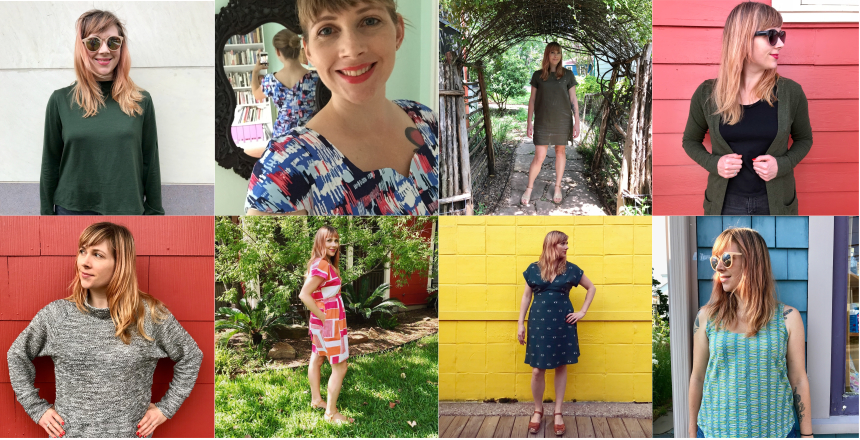 After my baby died, I didn’t know what to do with my hands. For what is a baby but an endless source of busy work? The most tender and exalted busy work there is.

His name was Augie–August Clement Poe–and he became gravely ill within a few hours of his birth. By the end of his first week, the doctors were telling us that he wasn’t going to live long. He had a mitochondrial disorder with a constellation of symptoms that none of them had seen before, and he was extremely medically fragile.

He kept us very, very busy. But I loved every part of caring for him. I was greedy for all of it, for every trach suctioning and sponge bath, because I knew this was it. This was all I was going to get.

Afterwards, it was like my body couldn’t catch up with my brain: I was full of restless energy, but had nothing to spend it on. At night in bed, my arms throbbed, as if enraged by their own idleness.

I tried all kinds of distractions.

I couldn’t read, because all books either were or were not about babies dying.

I tried cleaning, but ended up having a panic attack crouched next to the bathtub, thinking the futility of all human endeavors!

The thing that saved me was, improbably, sewing.

I set up my machine as a way to feel close to Augie–it was something to do in his room.

I knew how to sew–I made myself a lot of hideous miniskirts in the 90s–but I was rusty, so I looked to the internet.

And there I found so many sewing blogs. I got deep into them before I ever sewed a stitch. They were a world where nothing bad ever happened. Where nearly every problem was fixable. And if something actually was ruined, it wasn’t a tragedy. It was just a dress.

Most of the bloggers were younger than me, and childless. It was an alternate reality where no one ever got pregnant. They were too busy sewing party dresses and bikinis to take on vacations where they met up with other sewing bloggers to go fabric shopping.

The first garment I sewed was a 60s-ish sleeveless blouse with a box pleat running down the front, a free pattern put out by an indie pattern company whose blog I followed. I liked it so much, I made it three times.

The process of sewing was the perfect meditation for me. When you sew, you do this circuit of pinning, sewing, and pressing, over and over again. You never linger long enough on any step to start contemplating the futility of all human endeavors. And then it all culminates in making a thing, a real thing with a job to do in the world. Which is a little bit magic.

It’s been almost eight years since Augie died. My life now feels like an actual miracle. My husband and I have been to hell and back, and we still like each other. We have two healthy, thriving children who delight and exhaust us. We are so lucky.

But grief isn’t something that can be vanquished. It starts out as a knife in your heart, and over time, it’s more like a blunt object pressing against your chest. There are things I wish I could unknow. How precarious our lives are. How safety is an illusion. How thin the veil that separates the everyday from our worst day.

Grief is a series of unbearable feelings that we have no choice but to bear.

I made this dress.

Susanne Grabowski’s short stories have appeared in the Iowa Review, Salt Hill, and Gulf Coast, and she is currently at work on her first novel. She lives in Austin, TX with her family, and shares her sewing makes on Instagram @pistolwhip.

Top image: the author in her various handmade creations.