What This Mother Told Her Dying Son

Her words were perfect. 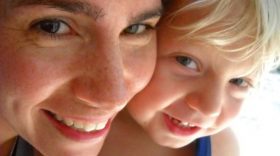 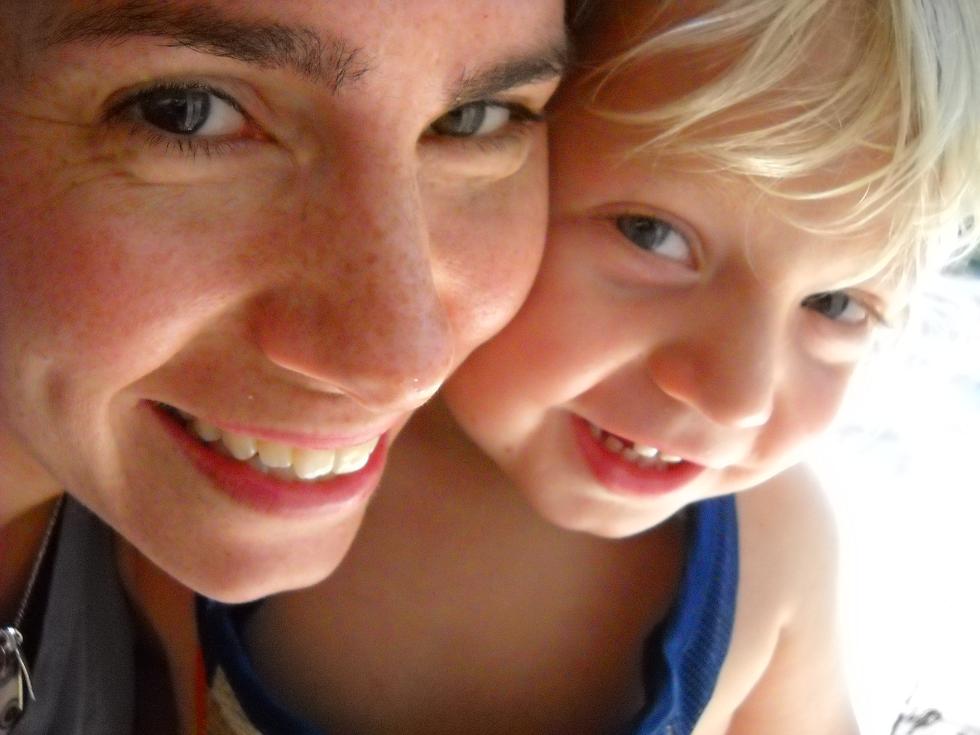 “Why didn’t you tell me?” he asks, with that look on his face, head cocked. He is standing in the doorway. His hair is golden and curly, resilient, forgiving. I swallow hard. “I’m so sorry,” I said. “I didn’t want you to be afraid.” I open my arms nervously.

It wasn’t that I lied to him. I’m proud to say that’s something I never did, not once. I didn’t lie. I just didn’t say the words. I used other words, easier words, words found in shops that sell sage and stones and tarot cards. I used these words over and over, in different shapes, often spilling them into the bathtub, his refuge; speaking softly after both he and the salts had dissolved into the waiting water, after he had exhaled his relief into the sterile steam, after his smooth scalp was resting on my arm, which would soon grow numb from the weight of him. They were easier words, maybe, but they were no less true.

READ: What I Tell My Kids About Their Brother Who Died Before They Were Born

Other words had been spoken, brave words, a brave question in the same bathroom just a few nights before. It was nearly 3 am. We’d only had an hour’s rest; another fever had signaled the late night IV team to come in and collect, again. To puncture his weary, willing veins. Again. His violent belly launched us both from sleep and into the small lavatory. He emptied himself along the way. I placed the full, mauve basin at my feet. He sat carefully on the toilet. We assumed the familiar position silently: I held his tubes up off the floor with my right hand, lifting my shirt a little with my left hand before using it to gently scratch his back. He lowered his forehead to my exposed belly, to the soft place he’d stretched when I grew him, nine years ago. We melted there. 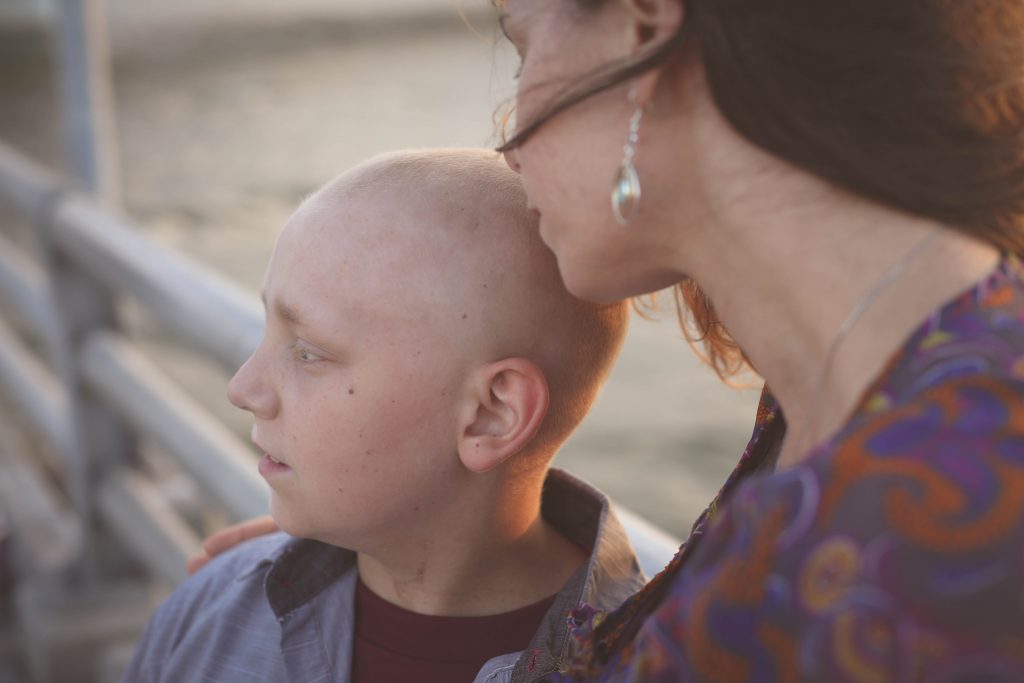 Everything started closing in on us. It all felt so horrifically surreal. The hospital sounds we’d grown accustomed to, the whirring, the dripping, the beeping, were suddenly deafening. The white tile of the bathroom looked pitch black. Despair was threatening, pungent, toxic. The question screamed at me: How did this happen? How did we get here? Instead, he asked another question. The bravest question. In his exhausted, hoarse, strong whisper, he asked, “How do kids with cancer die if air is still going through them?”

My stomach dropped. The fear I’d been holding there was now spoken, hanging in the air, suspended–but the question was so beautifully him. So pragmatic. So thoughtful. I walked my son back to his bed and tucked him in. I was as honest as I could possibly be. “I really don’t know.” It was true, and he accepted. I added, from the most painful place in my heart, “Everything’s gonna be okay.” He nodded with instant confidence, as if to say, “I know, Mom.”

READ: Between the Time We Decided to Stop Treatment and the Time My Baby Son Died, I Was Pulled Between My ‘Cancer Family and the Bereaved on the Other Side of This Battle

He accepted these words too, in the days that followed.

The light inside you was here before you were born and it will be here after your body stops working.

No matter how much your body hurts, the energy that lives inside you cannot be hurt. Not ever.

Your energy is as bright as a star. It is too bright for your body now.

Your body knows what to do. You don’t have to do a thing. You’ll feel so much better soon.

You have been so brave. You have worked so hard. It’s okay to keep working. But it’s okay to let go. 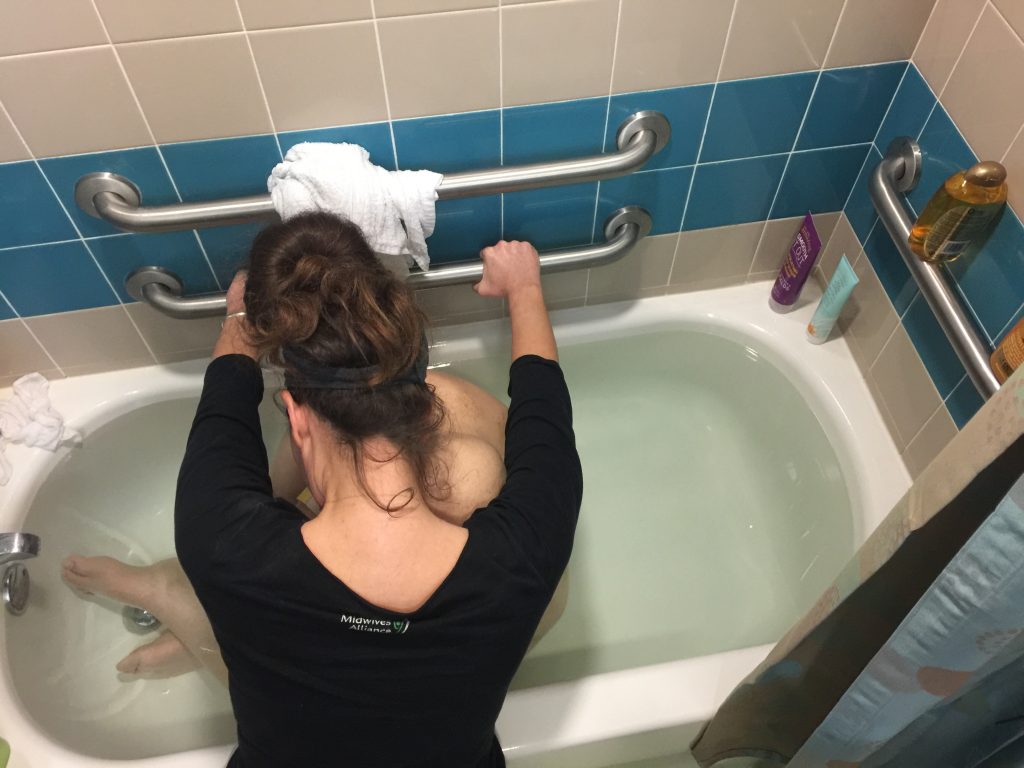 Mothering through the hardest of times. (Courtesy of Laura Gilkey)

I open my arms nervously. He is younger now, sparkly, preschool age, shape-shifting through the dream. “My mom’s here!” he says to his teacher. “She is?” “Yeah!” He answers with pride. “This is a happy place, not an unhappy place.” He runs into my arms. He looks up at me, shining, and he understands. We understand. “I’m doing a good job here, huh Mama?”

Laura Gilkey is the mother of two sons: Banyan, a healthy, rugby-playing adolescent, and Benjamin, who died of leukemia in February 2017. Laura’s writing through Benjamin’s cancer treatment is archived at BenjamintheBrave.com. Additional work has been published in the Sarasota Herald-Tribune, Mommy Magazine, the Brevity Blog, and Pulse Voices for Medicine. Laura co-produced Maternally Yours, a weekly community radio program, for five years. Guests included Robin Lim, Ina May Gaskin, and the incomparable Dr. Maya Angelou.