My friend allowed me no excuses for unfinished work. When she died, I thought I’d never put pen to paper again. 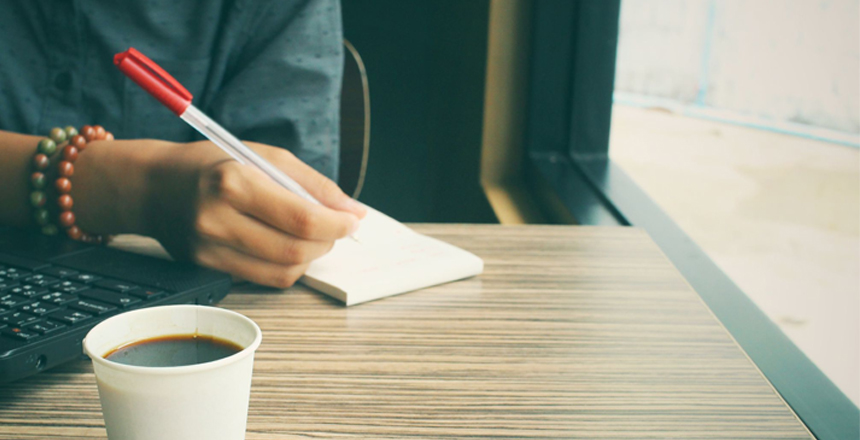 Andi was my writing buddy, a feisty, funny lady who I met on the first day of studies in creative writing. She entered the class late, and made for the empty chair beside me. “This must be mine,” she said in a gravelly voice, winking at me. We quickly became friends, sitting in class together, sharing our poetry and supporting one another. I was dealing with the slow decline of my mother from ALS; Andi was fighting her own personal battle, although it took me a while to work this out.

She wrote incessantly, urgently. Only in rare moments did she mention her recovery from lymphatic leukemia, a rare form of cancer. Her skin was paper-thin; her hands trembled as she wrote, but she did not stop writing.

We had a deal: I held her bags and bought her coffee in the break; she took notes for me. Every morning, we would email each other the poems we were working on. If I failed to write to her, she would immediately shoot me an email, “No excuses, girl. Where’s your work?” She kept me going for two years like this.

Just before we graduated, Andi failed to show up for class. I panicked and sent her a text message. “Don’t worry about me,” she shot back. “When I fall down a hole, you’ll be the first to know.”

Two weeks later, it was over. Andi’s fragile body had succumbed to an infection and she was gone. The last day of class was cancelled so we could go to her funeral. I was heartbroken and wondered if I would ever be able to write without my beautiful writing buddy.

Now it was me who had fallen down a hole. Life trundled on. I had a thesis to complete but was unable to bring myself to work on it without Andi. Instead, I began reading over the hundreds of emails we had sent each other. I did this in small doses, typing in her name and clicking on emails randomly. Sometimes the green light of her email address flickered to the left of the screen and I had to stop myself from writing to her. I felt guilty doing this, as if I were somehow betraying her trust in me. But as I read, Andi’s gravelly voice began to penetrate the silence, urging me to keep going. No excuses, girl. No, not even her death.

The last email she ever wrote me dealt with a poem about sign language. I wrote her that the poem seemed unfinished. We had been painfully honest with one another, but now, re-reading my response, I felt that I had been overly critical. If I had known this would be our last communication, I would have softened my comments. It didn’t have a period at the end of the last line, which I also noted. “It is not ended yet – I need to go on,” she replied. In retrospect, this was a sign for me, as well. I also needed to go on.

Her sister asked if I would proofread Andi’s poetry for a book she wanted to publish. I hesitated. For a week I agonized over whether I would be able to confront the words I had watched developing on-screen for so long. Finally, I agreed. It took me another couple of weeks to open the PDF file and begin to read. My hands shook as her poems fluttered up before my eyes.

I worked solidly on her manuscript throughout the night, without stopping. By the next morning, bleary-eyed, I had finished proofreading the entire book. The poem without the period would stay that way, I decided. It would be a mute testimony to Andi’s life and to the legacy of optimism she had espoused.

I thought I was doing this for Andi but, in fact, I was doing it for myself. By coming face to face with her words, by turning them over in my mind, I was able to face my own words. Gradually, I began writing again, and every word I write is witness to her tenacity.

Joanna Chen is author of The View From Here in The Los Angeles Review of Books. Her essays, poetry and literary translations have been published most recently in Guernica, Wild Age Press and Poetry International, among others. Follow her on Twitter @joannachen1 .