My son’s and mother’s deaths sent me through a bizarre trajectory. I finally found my comfort in my beloved gruesome films. 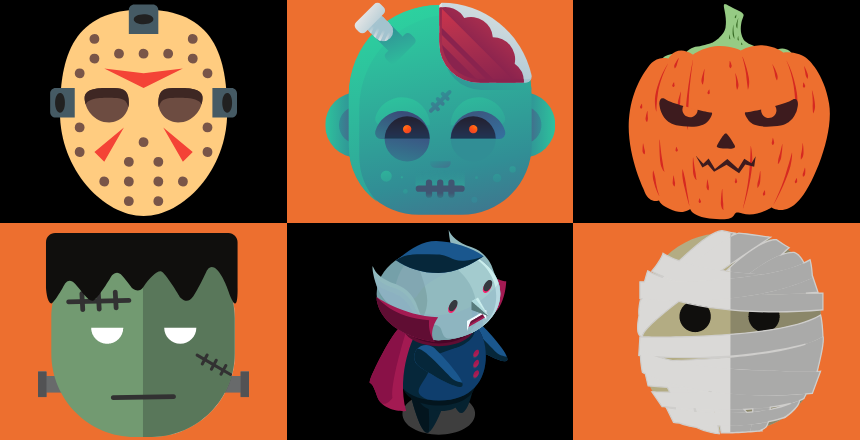 I used to revel in the hokum of Halloween: the nauseating volumes of confections, the playfully morbid costumes, and, perhaps most of all, the horror movies, which I consumed with exultant abandon. But when my favorite holiday became sandwiched by grief, I found myself the protagonist of a real-life horror movie, stunned by the slaughter.

I lost two of my loved ones in quick succession in the past four years. First, my son, Zach, died in late October 2015 due to a medical mistake which led to a birth complication. Then, last year, after a protracted and devastating illness, my Mom died during the first week of November. All sorts of terrible things transpired around me but none of them seemed real: my infant son, lips blue, wrapped up in a hospital blanket too big for him; my mother, foaming at the mouth, eyes wild, body racked from seizure after seizure; a woeful graveyard gathering where I did unimaginable things to my loved ones by burying them deep in a hole in the ground.

When your hospice-appointed grief counselor tells you about the five Kübler-Ross stages of grief, it sounds like an even, calculated progression. She doesn’t mention that your five stages may be bizarre; incredibly complex; and involve mediums, physicists, and the boogeyman:

1. In the beginning, you may find yourself wanting to know where your loved ones went and may invest way too much time feverishly reading about near death experiences (NDEs) and mediums. You may even toy with visiting a medium but the more you read about them, the more you discover these are dubious phenomena unsupported by any unequivocal evidence.

2. With alarm, you may start to conjuncture that the atheists are probably right and that death is truly the cessation of the person you loved. But this conclusion is so heartbreaking, it’s almost as terrible as losing your loved ones. People will ask how you are and you will say: Fine or sometimes, GREAT. They will remark on how robust you are; they won’t know that when you close your eyes at night, you imagine their bodies in the ground and torment yourself over the decay of their facial features. You’ll agonize about their bones. You’ll worry, irrationally, that they might be cold. Alone at home, or in the car, you’ll scream in ways that no other human should hear.

3. Spent over all of this tragic deductive reasoning, you may realize you just want someone else who has had time to ruminate over human existence, the universe, and death to give you answers. You’ll find yourself turning towards religious figures–in my case this involved going to an imam who reassured me on the certainty of an afterlife, “Your Mom is in Al-Barzakh, which is like being born into a new world after being in the womb,” he told me. You may start to look into what the likes of philosophers and/or physicists such as Plato, Descartes, Patricia Churchland, Neil Degrasse Tyson have to say. Then you backtrack because Neil Degrasse Tyson was accused of some unsavory stuff and you move onto Michio Kaku who offers what you think is an amorphous but epical view of death. I can deal with that, you think and you file away his words.

4. However, on one particularly trying morning, you may find yourself joining a dozen Facebook groups on death and grief where members speak endlessly of signs (butterflies, birds, rainbows, and most hilariously, dimes) that their deceased loved ones present to them. You’ll scoff at them: they are grasping at straws–or literally, coins. Then, slowly, you’ll become one of them. You’ll look eagerly for unexplained sounds in the night, ridiculous coincidences. At this point, you’ll take anything.

5. So, in the end, you do what you have always done on Halloween—watch horror movies. Oddly, they become the things that assuage you the most. You’ll watch all of them, hungrily—the leisurely, macabre ones, the crepuscular, eerie ones, the distressingly brutal ones. They elicit a visceral fear response in your being and, for a moment, you swear you see ghosts and demons. You may find yourself believing in the unknown. Your hair will raise at the strange shadows in the closet and your heart will scamper in delight because you may wonder and hope that those silhouettes on the walls could be your long-lost loved ones.