When our dog walker died by suicide, my pups missed her. So did I. 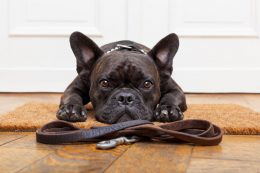 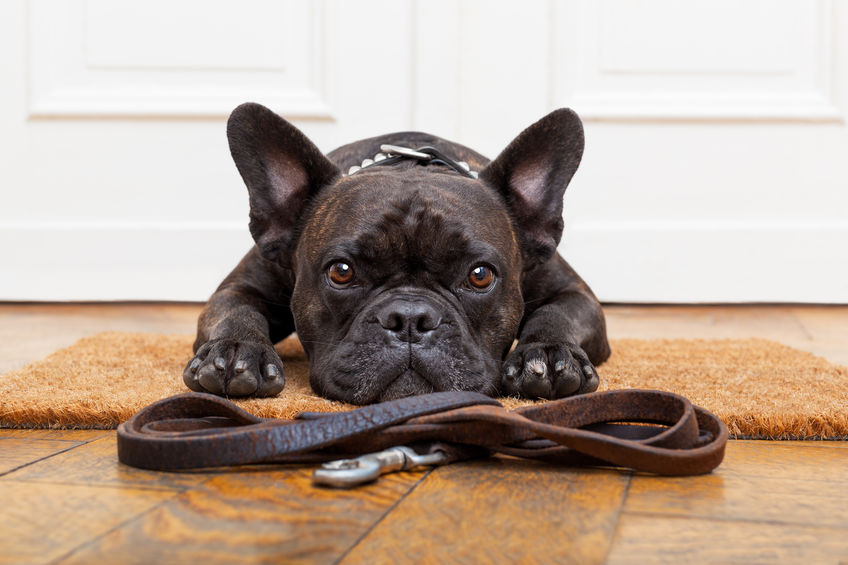 Mark, another dog owner, told me that Gaby* was one of the best dog walkers on the West Side.

She interviewed me — not the other way around — in my living room.

She had no regular slots available, but she agreed to let me know if she had cancellations. She asked that all clients pay upfront for the week and adhere to a 24-hour cancellation policy. She eyed me carefully as she laid out her rules. I strongly suspected she was trying me out before she committed to a schedule. I was eager to prove I should be in her lineup.

Eventually, I became a regular. I got three evenings a week and one afternoon.

When I was home, we chatted and laughed about the antics of my two-year-old dog, Little Boy Bleu. He would hide in a chair. Gaby would take off her shoes, wonder aloud where Bleu could be and tickle him like a small child when she found him. 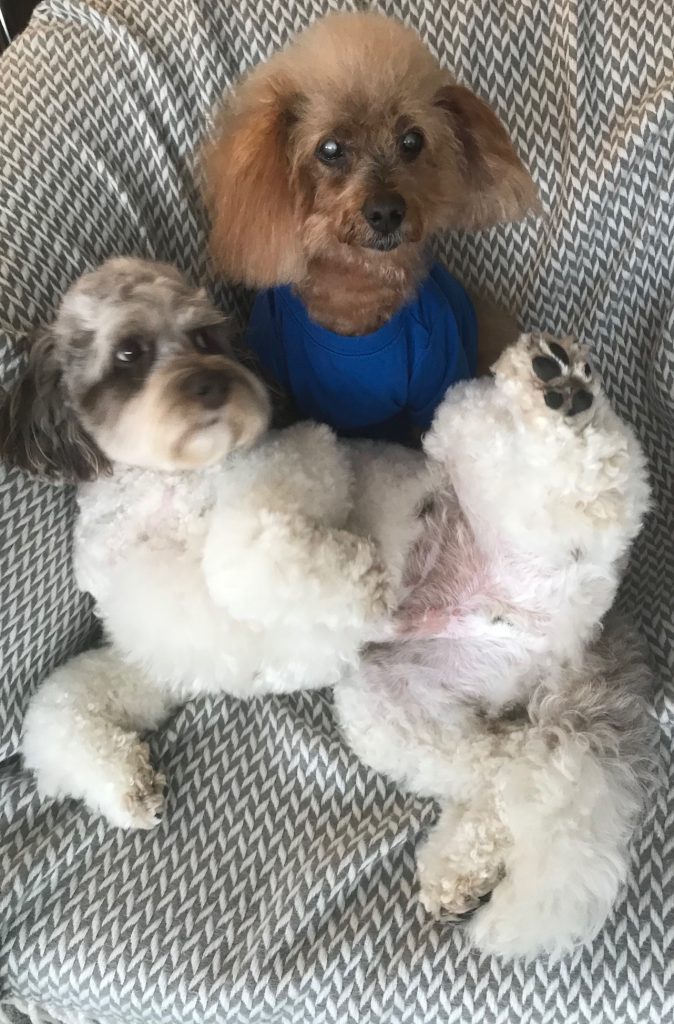 The author’s dogs, Bleu and Quigley (Courtesy of Lynne Greene)

She would pick the 16-year-old, Quigley, up the same way she might lift a china tea set. He would sniff to identify her and then wag his tail with delight, while he cuddled next to her chest.

On hot days, I would ask if she wanted cold water.

“I carry it all with me.” She patted two big bags with all her supplies. I guessed her age to be about 45, maybe 50. I never asked, and she never offered.

READ: Had My Dog Come Back as a Squirrel?

She always wore mascara, eyeshadow, foundation. Her bob haircut was topped off with a baseball cap. I noticed those things, especially on 90-degree days. Her shoes were the sturdy, complete with thick, serious socks. Her legs were muscular from all the walking, but her feet were small. The socks, pulled up over the leggings, and stuck into the no-nonsense shoes, gave her feet a childlike appearance.

She struck a balance between serious and kind in a way that made it easy for me to trust her with my dogs.

“I had to go home between walks, I had a family emergency,” she texted one night when she was a little late. I never asked what it was, but I started to sense that she was struggling.

One Sunday I came home and noticed a little silver pillbox on the sink in the guest bathroom. She was the only one who had been in there.

“Yes, I was wondering what I did with that,” she texted back. “My anti-anxiety meds. I’ll come by this evening to pick them up, right after I finish at the bookstore with my niece, is that ok?”

I liked that she was with her niece at the bookstore and that she quickly claimed and named the meds inside. More than half the population of NYC probably has the same assortment.

Not long after she came to pick up the pills, she sent me a text saying that she had gone to the hospital the night before and was wondering if I could find someone to cover the evening’s walk.

“Take care of yourself,” I responded.

READ:11 People You Meet in Hell

I was relieved to see an upbeat text two days later offering me a 15% customer appreciation discount if I prepaid for the month. I was a little apprehensive, but with the exception of one day for illness, she had been relentlessly dependable. Why not save some money, I reasoned.

She asked if she could come by in the morning to pick up the check.

I understood where she was coming from. During my early adult years, I existed paycheck to paycheck, waiting till Friday to buy what I needed, like toothpaste and peanut butter. When I was in college I paid the rent on the day it was due, not a day before. I knew the difference that $425 could make.

“Sure, come by and pick it up early.”

Check in hand, she headed to the elevator, only to come back. “They won’t cash a check made out to Gaby.”

I didn’t know her full name.

“Make it out to Gabriela,” and then she spelled out her last name.

Our time together had been transactional, date, time and payment, with a little dog-talk in-between. An uneasiness went through me when I handed her the second check, but my logic brushed it aside.

That same night, she was late.

“I’m just running a little late. I’ll be there.”

Harnessing the dogs that night seemed a chore. She was in a hurry. Bleu got a little tug instead of a belly rub. Gaby returned early — a first.

I tried to let it go over the weekend, but I couldn’t. Every so often I would think of her. I noticed that my check had already been cashed.

On Tuesday, I was Ubering to a board meeting downtown, when my phone dinged.

“This is Ellen, Gaby’s eldest daughter. My mom passed away Saturday night.”

I choked back a swell of grief. Death is always sad news, but I had a disproportionate and unexpected response to the news of this woman’s death. Gaby was a good worker, but I had only a superficial relationship with her. I wanted to turn around and go home, not go to the board meeting.

The vacuum in my home is bigger than I thought could be made in this instance.

Mark sent me the GoFundMe page: “Our mom took her life Saturday night.”

The words blinked at me like hot pink neon strobes.

Dogs can tell time. As the hour edged toward 7 p.m. on Wednesday, both dogs perched about three feet from the front door on their hind haunches and waited for the bell.

“She’s not coming, boys,” I said, and grabbed the harnesses from the closet. I was riddled with questions. How did she die? Why did she need the money?

I knew I would probably never know the answers.

I leaned down to place the harness. Bleu raced away to the chair. He poked his head above the back, waiting to share his and Gaby’s ritual with me. I’ve lost a husband, a brother, a mother, a father. I know what death feels like.

But I didn’t know what losing someone to suicide felt like. With that, I began to cry as I rubbed Bleu’s belly.

I played my last interactions with Gaby over in my mind. It was when I handed her the second check, the Gabriela check, that I felt something different. A rush, an anxiousness, something I hadn’t noticed before. And the last evening, there was a crankiness and impatience that I didn’t understand.

At first, I reminded her daughter that I had made a substantial pre-payment that we could discuss at a later time. Then when I found out Gaby had died by suicide, I wanted the pre-payment to be my contribution to GoFundMe. I was ashamed I had mentioned it.

By the time the news of Gaby’s death reached me I had known her for 185 days. I had only known her full given name for five of them. I knew she lived somewhere north, Harlem or maybe Westchester, I’m not sure. I believed she lived with a man. I do not know if he was her husband, boyfriend, partner or friend. I knew she had two daughters and a Brussels Griffon dog whose name I didn’t know.

But the vacuum in my home is bigger than I thought could be made in this instance. I can’t seem to forget her shoes. That last day I noticed them from the side as she stood at the elevator, check in hand, shaking her leg, anxious to get going.

I will wish, forever, that I had known where.

Lynne Greene recently retired from her post as Global Group President for the Estée Lauder Corporation. She now serves on four boards, including in the fields of retail, academics and cultural consultancy. She is at work on a memoir about her journey from Missouri to Fifth Avenue. When she’s not traveling, she resides in Manhattan.

*The name of the deceased has been changed to protect her family’s privacy.