15 years after my father died suddenly, had he finally come to say goodbye? 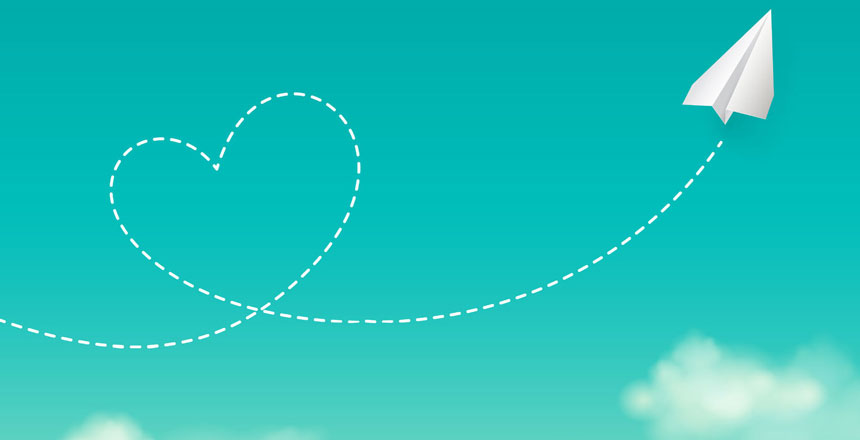 On a bitterly cold January day, when I was 18, my dad had a heart attack. He was found lying on the ground, alongside the truck he drove for a living. By the time help arrived it was too late. He was 53.

There was no warning. My father simply vanished from this world. When the day began, when I left for school in the morning, he was here, in all his green-eyed, robust aliveness. When the day ended, he was gone. There would be no tender exchange of love and thanks, no last embrace.

Fast forward 15 years, and that 18-year old girl was now a 33-year-old married mother of four.

One summer morning, as I stood awaiting the bus that would take my kids to day camp, I chatted with another mom about a mutual friend of ours whose father had just passed away. The man had lived a long, full life, before he became ill and died. He was a wonderful man, I told the other mom, and would surely be missed. And then: “At least they had time to say goodbye.”

READ: Was My Dead Ex Talking to Me From Inside the TV?

I went on to tell her about how my own father had died, how the suddenness of his death added immeasurably to the trauma of loss. Because ever since that cold January day I have fought the fear that someone else could be taken from me suddenly and too soon.

Then the bus arrived, the kids jumped on, and I headed home to begin some long-delayed cleaning projects. First on my list was to dust off and place a stack of books that I’d saved from childhood, books that our daughter was now old enough to enjoy. I lifted the first book, and a yellowed slip of paper fluttered out. I picked it up, unfolded it, and slowly sank to the floor. 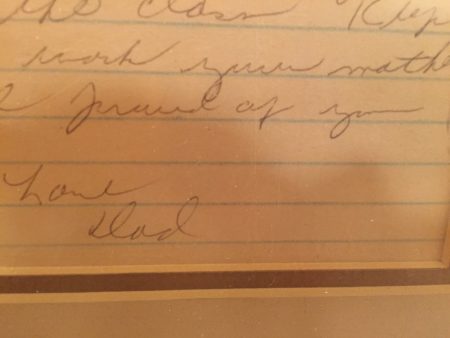 The note from the author’s father. (Courtesy of Sally Abrams)

It was a handwritten note, and it was from my dad. My hands shaking, my heart pounding, I read the tender words and tried to make sense of them.

My dad had attended an elementary school open house when I was very young, and had left the note in my desk. Because he drove a truck cross-country, my dad was away more than he was at home. Having him in town to attend a school event was very unusual. That note, tucked away safely in a favorite book, must have meant a great deal to the little girl that I was. In it, my dad relayed some kind words from my teacher. “Keep up the good work,” he wrote. “Your mother and I are so proud of you!”

Those words on that morning felt like much more than an affirmation of the child I had been. They were a woman’s answered prayer, a gift, a mystery. Can I explain how a long forgotten message landed in my lap not 10 minutes after I lamented that my dad died without a goodbye? I can’t. Instead, I will turn to someone a lot smarter than me for some help.

Einstein who said, “Coincidences are God’s way of remaining anonymous.”

This yellowed bit of paper, which I have treasured ever since it found its way to me, is framed and hanging on the wall in the bedroom. It remains an enduring testament to the transcendence of love and the power of memory. It is also a reminder, that sometimes the universe cracks open and provides a moment of heart-stopping, breathtaking grace.

Sally Abrams is a speaker and writer on Israel, Jewish life, and parenting. She is a wife, a mother of seven (four by birth, three by marriage), and “Nana” to a rapidly growing number of grandchildren. You can find her at sallygabrams.com