Loss Squared In the City of Love

After my mother’s death, I departed for Paris with her ashes — the same week of the tragic terror attacks. 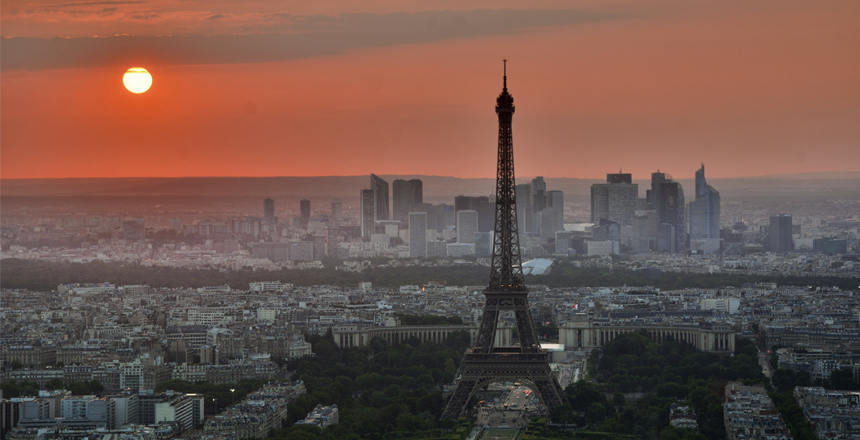 In early November I departed for Paris, my mother’s ashes in tow. She died at 2:18 am on October 27, 2015 after nearly two decades battling multiple sclerosis and unimaginable suffering.

After her death I felt a strong urge to leave town and flee from the pain. Bali? Big Sur? I rattled through the options but my instincts were clear—I must go to the City of Love and I must go it alone. Thirteen days after Mom’s death, I packed up some of her ashes in a shimmery gold water bottle and departed for a ten-day excursion to the unknown.

Soon after landing it was clear why my heart had yearned to go—everything about Paris reminded me of Mom: the elegant decor, fine foods and flowing champagne. The grandeur of the Eiffel Tower and Notre Dame left me breathless, and I exhaled with relief. Walking the streets without direction or purpose, I was surrounded by sounds and smells that were undoubtedly of her design. I felt Mom’s presence alongside me, and for the first time in a long time, I felt comfort.

READ: Around the World, Ashes In Tow

Still, after four days of taking in Paris, I awoke in a familiar funk. A fitful sleep brought visions of my mother in distress and the gravity of my overwhelming loss lingered. It was Friday the 13th and as the gloom of it all sunk in, my desire to leave the bed waned. Not even Paris could undo the hurt in my heart.

Sacre de Coeur was a mere block away; I mustered the energy to walk over, perch at a pew and mourn for my mother. I’m not a religious person, yet I had been drawn to the holy site and immediately felt my mother’s reassurance. She encouraged me to celebrate life and take in the vibrancy of this enchanting city, and in her honour, I obliged. To embrace the joie de vivre, I went for dinner with a dear friend who had just moved to Paris. Sitting in a cozy nook by the window, we clinked glasses of rose while discussing love, loss and the meaning of life. Dining on divine French fare, we took in the decadence of the Parisians all around us, and reveled in our appreciation for the City of Love.

At the end of dinner there was a sudden and jarring shift of energy. Police lights began flashing by the bistro windows; alarms sounding all around. Parisians, panicked and frightened, started running in the direction furthest from the frenzy. The restaurant owner locked the doors and closed the thick, velvet curtains. Shocked and bewildered, we all remained inside. Le Bataclan Theatre, a mere 500 meters away, was under siege, becoming a graveyard to nearly ninety young souls. Other attacks at nearby restaurants and Stade de France brought the total loss that night to one hundred and twenty.

READ: Events That Changed the Way We Talk About Grief

The days that followed were a blur of loss on loss. I walked the streets unable to escape the cavernous ache of grief—both for my mom, and for all those who were now without a mom, husband, sister, or friend.

Bearing witness to loss on such a pervasive scale while trying to navigate my own was, in a word, overwhelming. I had come to Paris to find respite from my grief and instead found a city enmeshed in widespread tragedy and sadness. Though it felt my heart couldn’t break any further I wanted Parisians to know—for the world to know—that somehow it was going to be okay.

On the final day of my trip, I spread the last of Mom’s ashes at the Arc de Triomphe. As I returned the gold water bottle to my backpack, I realized how much lighter the load had become. My bag, and my baggage, felt featherweight. Though I had only lost my mom a mere twenty days prior I knew that moments of joy, like those I had experienced walking the streets of Paris wrapped warmly in her spirit, were still possible.

Rachel Ricketts is a corporate lawyer turned author and film producer in Vancouver, B.C. For more of her advice on loss and grief follow her on Instagram or Twitter @lossandfoundxo.