3 ways to help a guy’s journey through the murky territory of loss.

By Dan Wolfson and Rebecca Soffer 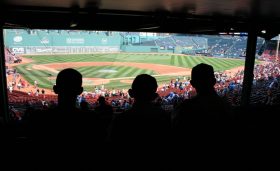 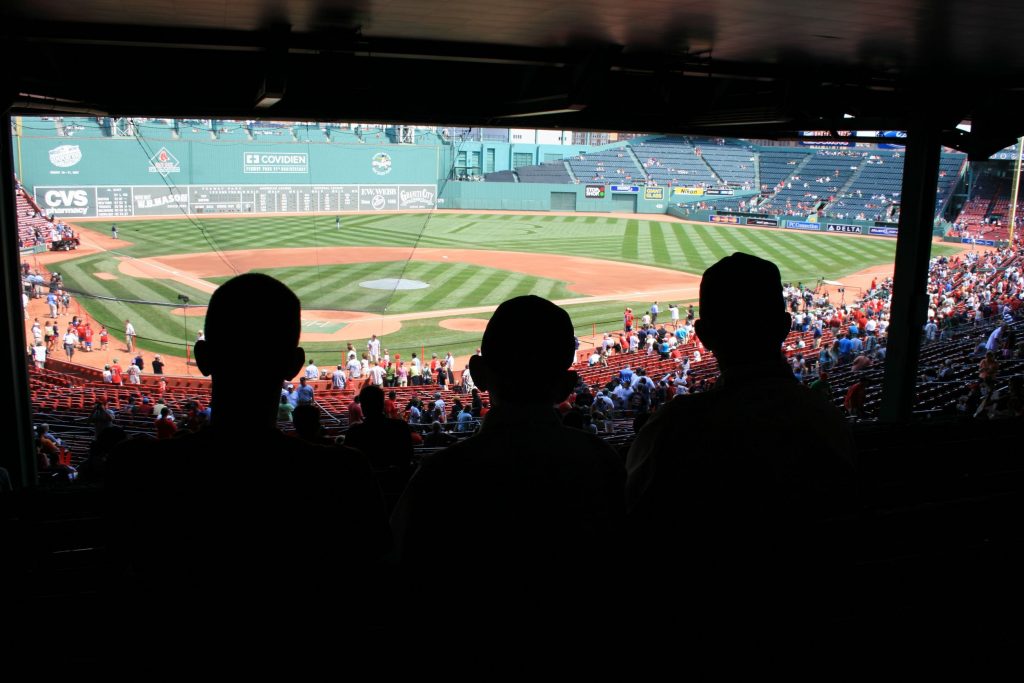 It’s 2004. The Red Sox haven’t won a World Series since 1918 (which feels hugely important at the time), nobody has questioned whether or not America is/was great, and a hashtag is just a barely used button on your phone. As a first semester freshman in college, my concerns are simple: make friends, figure out what upperclassmen houses have the best parties, and show up to class frequently enough to fulfill the attendance requirements. It may sound superficial, but as a suburban male who had routinely been numbing his feelings around his mom’s ongoing battle with breast cancer for the past four years, these truly were the things that occupied my time.

What was the alternative? Acknowledge the reality of my mom’s terminal illness and the fact  that I was completely terrified, sad, mad, and a litany of other emotions I didn’t come close to having a vocabulary for? That didn’t exactly feel like the best ice breaker to bust out on the campus green.

Fast forward to mid-October, and I’ve found my way into a decent social life, the Red Sox have made it into the post-season, and I’ve even gotten some solid grades on my first college assignments. All things considered, my feet are pretty soundly underneath me when I get the call from my dad to head home right away. My mom was in the hospital and it wasn’t looking good. The worst days of my life had begun.

I know I’m not the only person in the world who has lost a parent before they were ready. But at eighteen, I was the only person in my own world. I had childhood friends who flew back from their first semesters of college to be by my side during those dark days, as well as people I’d known for barely a month who waited beer-in-hand to welcome me back to school only a week later. While my relationships with these groups were drastically different, both had one major thing in common: nobody knew what the hell to say to me, and I didn’t have the slightest idea what I needed or how to ask for it. So my friends from home sat around with me in my basement after shiva, offering companionship in the numbness, and even having something to cheer about as we watched the Red Sox make a miraculous four game comeback against the Yankees.  This truly was hugely important in offering some respite during those first few days.

Although life as I knew it had changed overnight, back at school I seemed to have an expectation for myself that business go on as usual. Weekends came and went. Papers were written. The Red Sox won the World Series, and I joined in on the celebration. There were hard days, but there wasn’t a lot of talking about my mom. There wasn’t a lot of acknowledging how overwhelmed I was trying to be a normal college student in the depths of loss, and on the nights when my younger sister called me crying, there wasn’t a lot of me crying back. Being at school allowed home and the grief that came with it to feel pretty far away, and at the time I found it easier to keep things that way.

Since then, I’ve had the opportunity to get to know my own grief better, and also to connect with dozens of other males—both children and adults—who’ve also experienced loss. Each individual’s story is different but one thing is certain: MEN GRIEVE. We feel the pain, we miss the person, and we long for the sense of normalcy that has escaped us. The thing is, expressing this doesn’t always come naturally to us. I swear we’re working on it, but a young boy who loses a father is much more likely to hear “it’s your job to be the man of the house now,” than he is to get the message that it’s okay to cry or to talk about his feelings. For a man who loses a mother, our primary model for emotional safety, support, and expression is gone. And while there is no one formula for how people successfully adapt to loss, we do know some things help, while others actively don’t. So whether you’re a man who’s been there, someone who’s trying to support a guy who’s there now, or a dude just trying to find his grief, here are three big things I’ve learned that might help:

1. We might need someone to show us how it’s done.

Men simply aren’t socialized the way women are in terms of connecting on an emotional level and expressing their internal worlds verbally. This works against us when it comes to coping with loss. An important part of grief is making space for the emotions that come with it, and this requires a level of vulnerability that can be challenging for men who may not be used to opening up to themselves or others in this way. However, interpersonal connection and a feeling of not being alone in one’s experience can be crucial to those who are grieving. By modeling vulnerability and openness, family and friends can help to pave the way for deeper conversations and a sense of self-compassion and acceptance of these challenging emotions.  If you’ve been there before, you’ve just been promoted from player to coach.

2. Appearances can be deceiving – remember, there really are feelings in here.

Just because we’re able to talk about our fantasy football draft for hours, don’t assume we aren’t also hurting, or don’t want to share how we are really feeling. It might feel safer and more familiar for men to engage in conversation as usual after a loss, and we might even need to spend some time getting comfortable by interacting in this way before feeling ready to “go there.” But please, ask us the real questions, or help us out by sharing your own feelings and experiences first.

Facilitating opportunities for connection through a shared activity can be a great way to help someone feel more comfortable while also feeling less alone. Boys and men might feel more inclined to open up while going on a walk or throwing a ball back and forth than when they are sitting face to face, as this sort of buffer can enhance interpersonal safety and create the space for increased vulnerability.  We also know that experiencing positive emotion is not only a healthy part of grief, it supports the psychological immune system’s natural adaptive process. Sometimes people feel guilty allowing themselves to feel joy following loss. We don’t want to send the message that they should simply set their sadness aside and “get over it,” but it is absolutely a good thing to provide some breaks from the emotional heaviness of grief by engaging in positive activities. Do something physical, watch a sporting event, see a movie, or share a good meal. And if you can figure out a way to make their favorite baseball team come back from a three game deficit on the way to their first World Series in 86 years, it certainly won’t hurt.

Dan Wolfson is a licensed clinical psychologist practicing in New York City, the Clinical Director of Experience Camps for Grieving Children, and a researcher with Columbia University’s Center for Complicated Grief. He is also on the Modern Loss advisory board.