How I Make Real Mom Friends After My Baby’s Death

Bitching about parenthood anchors me to the present — and tests the waters for true connection. 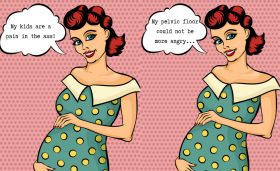 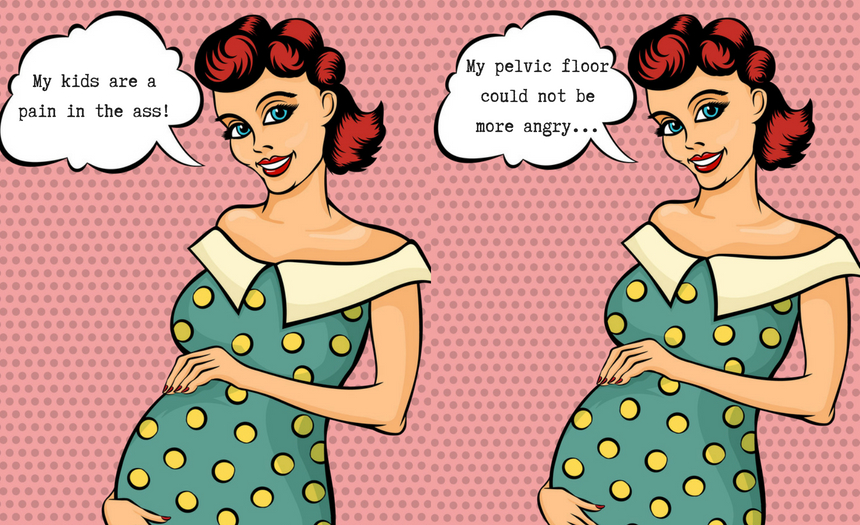 It’s hard to make friends with other women in motherhood. More often than not, the process can be tedious: arranging playdates with new prospects and their offspring, hoping that you find something meaningful—or even palatable—in common.

Sometimes the first few meetings start off strong, seemingly with a lot of fodder for conversation and soil for mutual interest to grow. But then communication falls off or the spark fizzles for no apparent reason. It’s worse when the failed potential mom friend is part of a greater network of acquaintances: seeing them at different mom-and-tot gatherings, it becomes increasingly awkward to appear cordial without letting bitterness seep from your smile.

While it’s truly difficult for any mom to form true friendships in motherhood, it’s even harder when you’re doing so while harboring a secret, as I am. Most parents have not experienced my secret firsthand. If I chose to reveal it on these early mom dates, it feels like a huge gamble. But it’s a hand I have to show if the budding friendship has any chance of taking hold: My first baby died a few days after his birth.

It can’t be surprising to read that it is the single worst trauma of my life and inextricably defines my motherhood. The constant bittersweet quality of raising healthy children balanced with the daily starkness of my first child’s absence has the propensity to sink me at any turn. In the more than four years since his death, I’ve flailed, floated face down, and fully submerged countless times, only to keep popping up, testing my personal buoyancy over and again.

After a successful subsequent birth and an impending third pregnancy, my personal game plan—in general, to stay afloat—has developed directly from the danger that exists quietly within the confines of my brain. After my first infant’s death, my thoughts did their very best to demand explanation, hammering me with why did I allow this to happen, how I could have missed any or all or none of the signs, I must have not actually wanted him and all the other lies designed to place blame on behalf of the inexplicable. The continuous rumination of these poisonous earworms, coupled with PTSD flashbacks, can be enough to make someone want to jump out of this life and into nothingness.

This is perhaps why I connect best with moms willing to be real about how difficult motherhood can be. If you’ve tried to carry on a conversation with someone while chasing around an unwieldy toddler, you know that it’s nearly impossible to have an articulate, complex, analytical conversation about anything, so I like to cut to the chase. I don’t have time for bullshit, pretention, or filtered niceties. My unwillingness to put on a show translates to a fair amount of complaints, usually delivered with a wry smile.

This style doesn’t always rub people the right way. In my friend-making encounters, I frequently use casual kvetching about the parenting grind to test the establishment of common ground: “Is your kid already potty trained? Ugh, I don’t know how much longer I can change adult-sized diapers,” or “I really look forward to eating a meal at the table without having to continuously chase my child back into his chair” work well to gauge general receptiveness. But if I get any more personal, I run the risk of scaring them off, wondering how will it land.

Typically, an internal insecurity dialogue begins running once I’ve unleashed a complaint, wondering at top speed if they’ll offer a personal shred of dissatisfaction in return because they’re vibrating on the same wavelength, or if they’ll smile, nodding in feigned agreement, but offer nothing of themselves in return because their motherhood is miraculously negativity-free. The worst possible imagined outcome of my unveiled complaint is a quizzical look with a dash of judgment from the other parent, suggesting, “Why would she complain? Doesn’t she remember this is what she wanted after her infant’s death? To experience this?”

Sometimes, friendships don’t blossom in the way I’d expect or hope them to. I’m naturally extroverted and operate under the assumption that people enjoy friendly talk, so the net I cast casually is wide. But after I’ve spent some time with a potential friend, and the path forward awkwardly evaporates after I share the story of my loss, there’s always this sinking feeling that my trauma was too much for the other mother to bear—hell, I’ve had people burst into tears when telling them about my experience. But there’s also another very real fear: that my blunt outlook—and sardonic delivery—about my living child and child-to-be are mistaken by potential friends as a lack of gratitude for what I do have.

Complaining about my almost-three year old who systematically runs in the opposite direction of me when I call him is my right. Kids can be shitheads. My expression is not for lack of compassion but rather being a person annoyed to be in full 9-month-waddle mode and unable to take him anywhere by herself without a fence because he currently requires a cage like a wild animal. Complaining about how inexhaustibly uncomfortable I’ve been during my third pregnancy is my right—my pelvic floor is very, very angry with me for my reproductive choices. My desire to be honest about how hard it’s been to carry three babies in four years is simply a tale from the trenches of my current swollen circumstances.

Bitching about motherhood serves as much more than a simple release or bonding opportunity. It yanks me back into the present of my parenting and out of the murky water in my mind, where the undertow is powerful and unpredictable. There are little people I am responsible for now, who get to be here, and like everyone who has ever lived, they aren’t always pleasant to care for. If anything, it is that knowledge that I hold most dear: the bad moments are a given. It’s the nice ones that are a privilege. My best mom friends know that, too.

Katie Colt (@katiebabyhorse) is a writer and musician living in the Chicagoland area with her husband and two young sons. Her writing has been featured in Kveller, Mommy Nearest, and The Washington Post.