A few weeks before Thanksgiving, my 12-year-old son went out to play in the rain and never came home. That year, everything about the holiday just felt wrong. The author, center, and her family pose behind a photo of Jack.

Just about everything about that first Thanksgiving after his death feels wrong. The first road trip with three people in the car, not four. A day reserved for giving thanks and celebrating family, when ours feels severed, and our shocked brains cannot yet understand that this all isn’t a warped joke — that our son is just in another room.

My cousins fly in from across the country, knowingly walking into a house of pain. How much easier would it have been for them to stay away and try to enjoy a long weekend at home — watching football, and taking long walks around the neighborhood? But the pull to be together amid heartache is strong, even though no one knows what to do, so we just show up, piling our coats in the corner of my aunt’s kitchen, stomping the cold off our feet, trying to figure out how to do the impossible.

My cousin Angela begins to share how in Colorado she got the call from a friend who had heard the breaking news of Jack’s accident on TV. I am hungry for details of her experience, to know that phone lines were burning up late into the night, that we were not the only ones suffering. But my husband, Tim, cannot bear it. He doesn’t want to be transported back to that night, to the soaking rain, and the smell of mud, fear and helplessness as teams searched. To the sound of our 10-year-old daughter, Margaret, eyes wide with the realization of what was happening, wailing, “But I don’t want to be an only child!” He leaves the room.

It will be an early indication of our differences relating to our loss. I will want specifics, to share the experience; he will keep the main thing the main thing. Our son’s lime green bedroom is empty and no details or tearful discussions will change that. After 20 years together, with patterns long ago set, we will have to cobble together a new way of relating to each other. To navigate our differences in relation to grief, to holidays, and to the every days of suffering.

My aunt pulls the turkey from the oven. Tim and Angela fold and cut paper into frilly lace coverings to put on its legs. This has been their job each year since another first Thanksgiving, the one where I introduced my boyfriend to my extended family. Tim was playful and Cousin Angela was no older than my children Jack and Margaret are now. Were. Do you age in Heaven? We learned that those paper ruffles are called papillote. We would laugh to discover the word anew each year, as Thanksgiving would be the one day out of 365 that it held any significance for us. Now, grief is introducing us to a whole new vocabulary, with common words, that will never seem natural to us again: Son. Drowned. Dead. 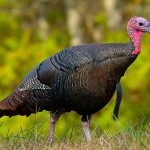 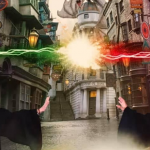 We try to keep things light, navigating around each other in the small kitchen, beginning to carry things into the dining room. We joke about how Thanksgiving was Jack’s least favorite holiday because the meal was made up of his least favorite foods. What kid doesn’t like mashed potatoes?

Pulling a candle out of my bag, I place it on the table saying, “A friend gave this to me, to light at Jack’s place. I hope that’s okay. It has kind of a strong scent.” My cousin Eric quickly responds, “Well, Mom’s sensitive to perfume, so maybe we should light it after dinner instead.”

The moment feels awkward and raw.

He regrets the words as soon as he speaks them. Tears spring to my eyes. It’s clear I can’t do anything right, as a mother, or even as a griever. I am the one who let my kids play in the rain, and only one of them came home. I can’t even choose a damn candle that won’t offend. I grab it off the table and thrust it back into my bag. “It’s okay. Never mind.” I say.

There is backpedaling, “No, No! I’m sorry. The candle is fine.” But it’s not. Nothing is fine. I don’t want a candle, I want my son. And I don’t want to be thankful, even though through the pain and horror I can’t help but be grateful that Jack was mine, even for just 12 years.

During our nighttime snuggles in the dark, he would sometimes get down on himself, saying his friend Parker was smarter, more athletic, and even had better hair than he did. I’d smile at the hair remark and list all the things that made Jack so special. I’d end with how I felt downright sorry for Parker’s mother because she didn’t get to be Jack Donaldson’s mom. “That’s ridiculous” Jack said, “You’re only saying that because you’re my mother. If you were Parker’s mom, you would feel the exact same way about him.” Sheesh. Logic. But I did feel like the lucky one, winning the parental lottery with this skinny, sensitive, hilarious kid.

And now he is separated from us, and we have a lifetime of Thanksgivings ahead. How will we sing “Come Ye Thankful People Come” without Jack’s off-key voice? What on earth will we write in our Thankfulness Notebook on a day like today?

I don’t know how we will get through this meal or the next without shattering into a million pieces.

I don’t know how to memorialize the very real boy who was here with us last year.

Maybe the right thing is lighting a candle — or maybe it isn’t. Maybe it’s sharing stories of Jack, with laughter through tears.

Perhaps it is just a tattered family mustering a strength we do not have, getting in a car, pointing it west, and deciding to show up.

Anna Whiston-Donaldson is a popular blogger and author whose New York Times bestselling book, “Rare Bird: A Memoir of Loss and Love” was selected one of Publishers Weekly’s Best Books of 2014.