Dementia stole my grandmother long ago, leaving me to mourn her all over again when she died years later.

When I tell people that Grandma Pauline died last year at the age 96, the response is almost always some permutation of “You were blessed to have her for so long.” That is true in the technical sense. But the truth is that my grandmother had been gone for more than a decade when she took her last breath. By the time Grandma Pauline was in her late 70s, her mind was already beginning to fail. She stopped going to her film class; she quit her book club; she lost interest in seeing friends. She told the same stories over and over, and as time went on closer and closer together. Since the doctors were unable to diagnosis exactly what kind of dementia she suffered from, her children and grandchildren had no general timeline to predict her decline. She didn’t wander off and she never completely forgot the members of her immediate family. But she was confused in large groups and had trouble keeping track of the names of what I suspect she considered the “extra characters” in her life, like our spouses and her great-grandchildren.

Out of loyalty to our relationship and because it was the right thing to do, I spent time with my grandmother whenever I came to Chicago to see my parents. However, by the time she was 85, the connection I’d always considered so special, essential, and real had truly become formal and foreign.

She knew my face and my name, and she knew that we had always been close, but I suspected that my grandmother no longer remembered what made us close like the many Saturday night sleepovers from my childhood, when we’d go to one of her few pre-approved restaurants. She’d probably forgotten how she’d give me a manicure and we’d go through old photo albums or watch “Saturday Night Live.” And didn’t seem to remember our countless lunches at Neiman Marcus, where she’d insist I use every last bit of strawberry butter for the popovers while also lecturing me not to pick out such dainty jewelry. “Do you know you’re precious?” she would ask during every outing together. “Do you know you’re loved?” 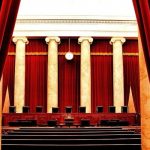 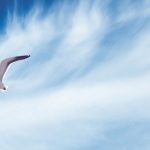 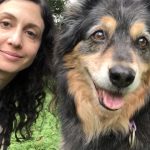 I wish I had known to write down the details of her life while she was still sharing them during those sleepovers and lunches. Later as the dementia set in, there were certain moments from her life she’d tell repeatedly like the time she got fired from her job for wearing a Roosevelt pin, and the time she walked into a synagogue at the age of 15 and asked to receive an education there even though her family didn’t have a membership. Most of the other stories fell away to the point where I couldn’t remember them either.

When I’d ask about my grandfather, Norman, who died in his late 50s in a plane crash on his way to Japan, she’d remind me that I was named after him. She’d tell me how smart he was and how much he would have loved me, but I couldn’t get her to say anything of substance. I wanted to know what it was to lose her husband in such a shocking, dramatic way — and how she was able to rebuild her life. But I didn’t ask, and she couldn’t really answer anyway.

In the last few years of Grandma Pauline’s life, my older two kids, around 6 and 8 at the time, were confused about why we “had to” make time to see her. “She doesn’t know us,” they’d say. I took them to see her anyway. But finding a way to act friendly and cheerful and talkative with the woman who still looked like my grandma required me to put my memories of her pre-dementia identity on hold.

It felt inappropriate to mourn Grandma Pauline, while she was still with us — at least in the literal sense, but the spirit of her was so far away. But then, in January, my parents called with news that she had contracted pneumonia. One of her lungs had failed and she was no longer conscious. Get to Chicago right away, they told me. My husband and I arranged a sitter to stay home with our younger two kids, then picked up our older two from school and left Minneapolis — our funeral clothes in tow — that afternoon. I cried quietly in the passenger seat, as decade-old memories of our pre-dementia relationship resurfaced.

When we got word en route that she had died, my husband had to keep assuring the kids that I was okay. They had never seen me sob, and they couldn’t grasp what was so sad about losing a person who barely remembered me.

“But I can finally remember her,” I would have explained, except that I couldn’t talk. I was devastated, but also relieved for the permission to mourn what I had lost so many years earlier. It was during that drive that I filled pages with notes about my childhood memories of her. I was looking for details I could use for the eulogy I’d need to deliver two days later, but I also wanted to melt the feelings about her I’d frozen since she’d started becoming a different person. Before my grandma died, I’d get a hardened, stoic sensation when I’d think about her. It wasn’t until after she died that I was able to honor the memories she would have wanted me to keep, the vibrant ones, the ones unfettered by repetitive questions and painful moments of outright confusion.

The last time I saw my grandmother was in April 2013, about nine months before she died. By some miracle, this visit included an unusual bright spot of lucidity. She’d experienced a bad fall, and I’d come to see her at the hospital. I sat on her bed and held her hand. With tears in her eyes, she said, “We are very special to each other, aren’t we?” We talked about the sleepovers, lunches, and other happy times. I felt I was able to reach her in that moment. And now that I can only reach back through the memories, I promise to share the best ones I have with my children and, God-willing, with my grandchildren and great-grandchildren. I want them to know I had a Grandma Pauline, who filled me with enough love to pass on a gift like that to all of them.

Nina Badzin is columnist at The HerStories Project and Tcjewfolk.com, as well as a contributing writer at Kveller.com and Greatnewbooks.org. Her essays and short stories have appeared in numerous websites, anthologies, and literary journals. You can find her weekly on her blog ninabadzin.com and much too often on Twitter and Facebook.
368
Share on Pinterest