I heard about Justice Scalia’s death at one of my last dinners with my beloved, if complicated, father. Months on, as the justice’s seat sat unfilled, so did Dad’s. 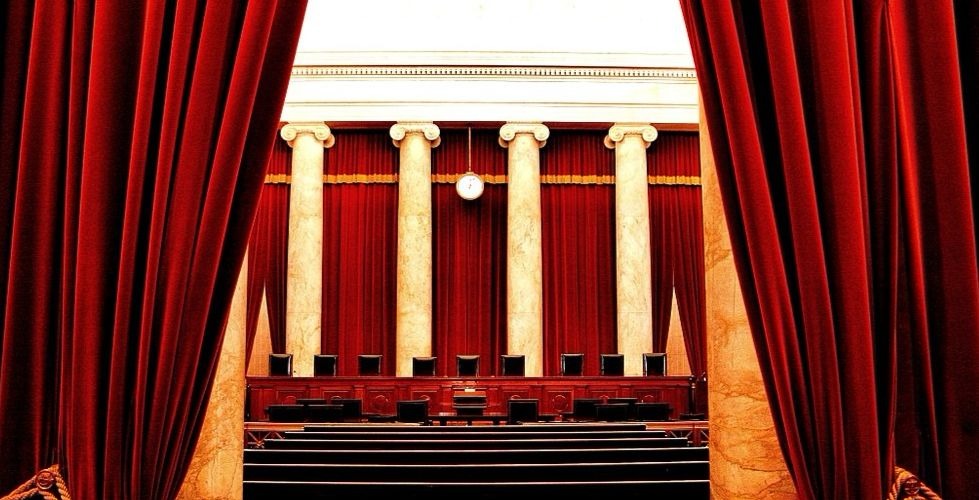 News of Justice Antonin Scalia’s death broke while my children and I were at a New York diner with my father. I was unaware then that my father’s permanent absence was likewise imminent. It was an arctic night. No healthy person had any business outside, let alone my medical enigma of a father. I dropped my children at the diner’s door, lest they muss their hair, and parked solo. As I sprinted toward the diner’s beckoning glow, I spied my father across the lot, emerging, slow-motion, from his car.

To say my father “got out of” his car is simply false.  He took off his car, like an overstuffed backpack heavy with life’s residue.

Responsibly, yet reluctantly, I approached my father. It was a gratuitous exercise in daughterly courtesy; his fall would be my demise. I couldn’t hold him up, protect him from himself. In so many ways that was always the case.

I could, however, keep company and watch over him in the precise manner I’d structured the best possible adult relationship with a challenging father. What seemed like hours later, we gained safe passage inside. His ashen face and persistent cough spoke death. I was sure it was curtains, with a final request for meatloaf, fulfilled short-order: a true Bronx native’s death. To his credit, not even his own expiration would thwart dinner with his grandchildren. He swore he was pitch-perfect.

I knew he wasn’t. He failed to spar, provoke, and rattle off Jewish theology about which (he knew) I had no clue. Looking back, his didactic diatribes that dominated our regular, regrettably one-way conversations are overshadowed in my memory’s eye by knowing I did right by listening and absorbing the sting, as it was the best he had to offer. I now wish during that dinner I’d been treated to one last taste of our usual menu of conversation: me hanging on for dear life endeavoring discernment of his cerebral, cryptic messages.

On many levels, we needed an interpreter.

Countless litigious dinners under our belts, I grew to appreciate our intellectual equality and his petty need for superiority. I am fortunate to have learned before it was too late, to just let it be. Now that I can no longer be a victim of his socio-political invectives, I miss the weekly joust.

I wouldn’t do it differently: What did it cost me to let him think he was always right?  It cost him, and me, a genuine relationship, but what is genuine?  If genuine is the best you can unearth from someone, and that someone is your father, I say take it with the large grain of kosher salt that it is. Parents, like children, like friends, like humans, are flawed.

During dinner that evening, I spied 9-year-old Sam with my cell phone. With deft sleight of hand, I surreptitiously reclaimed it; my father should not observe technology corrupting his grandson. Not immune from corruption myself, a glance at my phone revealed the newsflash: Scalia died.

I am not one to celebrate a human’s death. Arguably, that night I did, as I imagined (as it turned out it was only imaginary) an Obama-nominated replacement. I called my husband in Baltimore, “Our kids’ lives may be okay – have you heard?”

As this went down, I noticed my father’s befuddled expression. When I replay that night, I get mired in the unanswerable: Were his hearing aids insufficiently wired, locking him out of the conversation’s hubbub?  Was he simply confused from the earlier wind-induced oxygen loss?  Or, as I dread, was he stunned at my joy in the face of death, as unbeknownst to me he silently contended with his own?

READ: Had I Sealed My Father’s Fate?

That cerebral strength that marked him at his best seemed diffused that day.  I will never know what thoughts his distressed face masked. At family dinners since his death, I take special care that misunderstandings arising over the main course are washed down with a glass of clarity with dessert. One generation’s onerous woe may beget comfort for the next.

My father’s range of weighty eccentricities was my burden. He was lax, if not neglectful, as to his epicurean delights. We dined together frequently; I overcompensated for his heedlessness with my own stubborn abstemiousness.  However, during recent preparations for a family feast I mulled the mysteries of that night; in his honor, and as a testament to reconciling our differences, I smeared extra turkey drippings on the stuffing before smirking and closing the oven door.

I wouldn’t rewrite that night if I could. I’ve come to understand that part of the challenge of loving my father was hopscotching through his shaded riddles.  He loved word-play and nuance — exactly as are the lingering questions I face about that night. They are as lucid as muddled. Exactly as he would have loved.

My father left behind for me to untangle a bizarre filing system which included files adorned with political imperatives like “Impeach Bush” and “Stop Bigotry,” and contained clippings from Haaretz, The Forward, and The Nation, replete with his handwritten, annotated thoughts. I even found a Dixie Chicks CD, which I presume was his musical protest to George W. Bush. These relics remind me that our night at the diner was rich with the precise ingredients of his idiosyncratic brand.

I now dine safe in the knowledge that my father was proud of my contributions as a career federal public defender. We shared common ground on social justice issues; a ground that shaped and likely saved a relationship that had once seemed irretrievable. Even if he was confused that night, or momentarily startled, I firmly believe that had he been fully engaged he, too, would have concurred with my flippant reaction to Scalia’s permanent absence from the Court as an opportunity for a newly configured bench, although the void was caused by a death.

I never then imagined how deeply I would feel my father’s absence; months later, as Scalia’s seat sat vacant, my father’s death left a permanent vacancy in my life.