How Can You Be Happy at a Time Like This?

What it’s like to have your mother die the week Trump was elected. 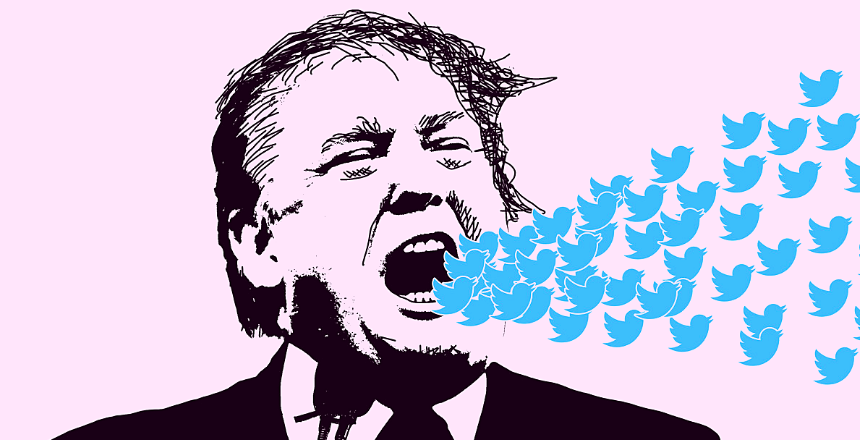 I talk to my therapist a lot about Donald Trump. And it’s not just because of the normal stuff, like how we are being led by a man who formed when a patch of sunlight hit a dumpster filled with self-tanner, although that’s part of it. It’s mostly because, three days after Trump was elected, my mother unexpectedly died.

I know. But I have to say, while I don’t recommend losing a person who connects you to this world the week that world gets upended, I admit there were some advantages.

By far one of the most jarring parts about profound loss is that everyone keeps going as if nothing happened. But after my mother died, everyone was walking around stunned. If I burst into tears on the subway no one was like, the hell is this white girl sad about? Because I probably wasn’t the only person randomly bursting into tears on the subway. Sometimes, when I passed happy people enjoying a meal, I wanted to scream WHY ARE YOU ALL SO HAPPY RIGHT NOW? HOW CAN YOU DRINK ROSE AT A TIME LIKE THIS? And you know what? Had I done that, most people would have responded, “She’s got a point.” I could have walked around with filmy teeth and no bra and not look out of place.

It’s not that everyone was sad about Trump winning. But I think it’s fair to say that most everyone was shocked. This thing happened that we weren’t prepared for, and we had to figure out how to go on because it wasn’t going to change. (I hate to say it, but The Mueller Report isn’t going to get rid of Trump any more than it’s going to bring my mother back to life.)

But here’s the thing – we did go on. We are navigating the world. We adapted. We’re laughing! Fuck, I laughed three times today alone while tried on red lipstick because for a minute there I looked like Maleficent if she really let herself go.

When people ask me how I’m doing, I say you know how every once and a while it will hit you – whether it’s during a glitch in the simulation or just a moment of horrifying clarity – that we elected Donald Trump our President? That’s what it’s like having a dead mom. You’re walking around and suddenly you see an ad for Kohl’s Cash and you think, Oh my mom’s dead.

When people ask me how I’m doing, I say you know how every once and a while it will hit you…that we elected Donald Trump our President? That’s what it’s like having a dead mom.

And you know how with profound loss there comes a period, usually a few weeks or so later, where the acute support teams have moved on, and the Zabar’s gift baskets are empty except for that one weird jar of mustard no one eats that it REALLY REALLY hits you? That happened for me around the same time as the inauguration. A lot of realities were setting in, on many levels, including the seemingly glib one that the world was going to be very different for comedians, especially female ones, especially online.

At one point I was doxxed – my address and phone number were posted everywhere. I had a letter with human shit in it sent to me. The breast cancer charity that my husband works for was inundated with threats to expose the charity as a fraud and shut them down. I had to have police drive by my newly widowed father’s house because his address was getting out there, too. The most common thing I was called online was a fat Jew cunt, which is just horrific. I’m Italian.

Everyone says “Don’t read the comments!” And I get it. But if you knew you could find pages and pages of strangers talking about you on the Internet, you’d read them too. And once I got over the fear of my safety and that of my family I started reading them a lot. And it broke me. 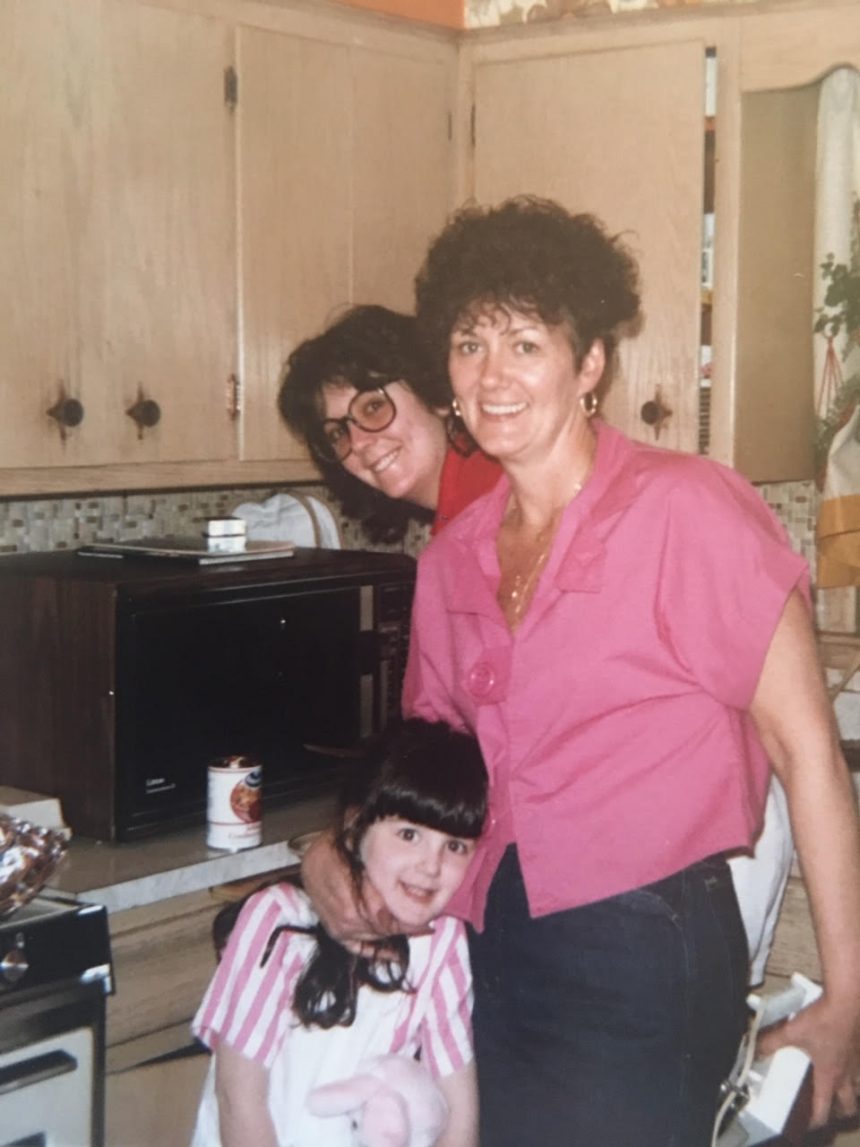 Katie (lower left), with her sister, Luanne, and mom, Mickey, in the early 90s

They focused on my nose and my weight – the two things I had always assumed held me back in life. Not my anxiety disorder. Not my lack of networking skills. My nose and my weight. How did they know? How did these anonymous monsters that wanted to destroy me know how to do it? They even brought up parts of me I didn’t know were a problem, like I guess I have I have a fat right armpit?

The only person in my life who I always trusted me to tell me the truth was my mother. It was hard because sometimes you want a mother who will say you’re beautiful when you put on weight but she wouldn’t. And now she was gone. The only one who could tell me what was lies and what was not, and she was gone.

People love to say, “Well, at least your mother didn’t see that.” First off, my mother had a jitterbug phone that she didn’t know how to turn on. She sent one text in her life and it was the letter g typed 57 times in a row. So she wasn’t exactly active on Twitter. Also, at least she wasn’t around to see that? That’s the equivalent of saying, “She’s in a better place.” That doesn’t mean anything. Just say it fucking sucks and give me a hug.

People love to say, “Well, at least your mother didn’t see that.”…That’s the equivalent of saying, “She’s in a better place.”

I’ll never say that time in my life was Hell. My mother always said she didn’t believe in Hell because what could be worse than this. Which may sound dark but I find it optimistic in a way. What is there left to fear when we walk around two centimeters away from our entire lives being upended? The fact that you all took the risk of going outside today is quite brave. And my mother’s life was hard. I was in the room with her when she died: there wasn’t a cherubic realization of all past faults and forgiveness and a passing away after a peace was made. That’s not how things end.

I wish I had learned something since she passed – some great, seismic revelation that I could pass onto you great people. But all I learned is don’t stop in Kohl’s to use the restroom when it’s close to Mother’s Day and be nice to people because they may have just lost someone who connected them to this Earth.

And I learned that there is always someone grieving with you – whether it’s because of the state of the world or the state of their world. You’re never alone. So when you give a dirty look to the group of 20-somethings pounding white wine on a patio without a care in the world, know there is someone right there with you, doing the same damn thing.

Katie Rich is a writer and performer. You can also hear her voice on Showtime’s Our Cartoon President and see her in the upcoming Netflix show, “It’s Bruno!” In lieu of following her on social media please click this link to make a donation in honor of someone you love to Meals on Wheels.