The memory of a pastry my husband and I carried from Italy to L.A. now carries me through my grief over his death. 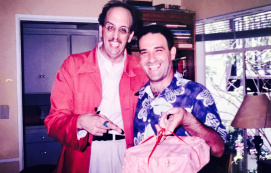 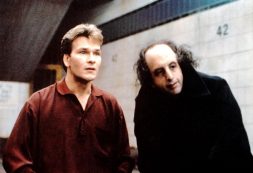 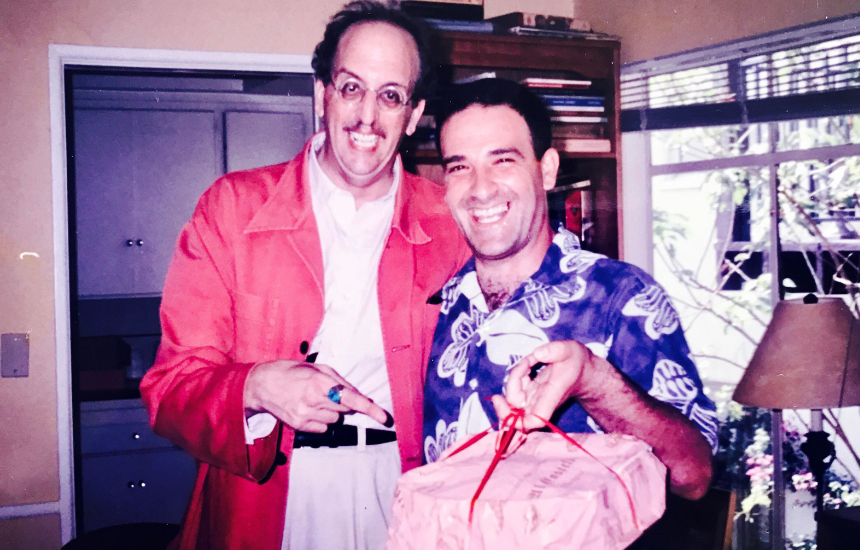 I am a southern black American woman who married an Italian chef. The kind of Italian, husband and chef who, on a whim, once offered to carry a cake across three continents because a baker in a remote village in Sicily we had just met asked him to. I am the kind of American, wife and woman who snickered at the absurdity. But he was dead serious. The cake came with us. More than twenty years later, it hasn’t left my life. It’s my “journey cake.”

Back then, in the mid-1990s, a remote Sicilian town was even more remote. So when this gentle-faced baker discovered that the two people who had stumbled into his bakery were a chef and actress living in Los Angeles, he implored us to bring the cake back to Vincent Schiavelli – the veteran character actor from Ghost and One Flew Over the Cuckoo’s Nest. Turns out Vincent’s grandfather was from that very same town and Schiavelli visited on occasion. He’d even written about it in his other career as a food writer. My husband, Saro, was as enthusiastic as I was dubious. For him, having a traditional Sicilian dry cake (one that could be kept unrefrigerated for up to ten days) accompany us on a journey throughout the rest of our trip seemed the most natural thing in the world.

Today, Vincent is dead. And so is Saro. Both from cancer. I have been a “kitchen widow” for seven years. Over the course of that time, I’ve revisited the section of Vincent’s final book, Many Beautiful Things, wherein he writes about receiving the cake. A few weeks ago, when I pulled the book off my shelf, out fell the only picture I took of the two of them on the day Vincent came to our apartment to pick up the cake. Their faces smiled up at me from the  kitchen floorboards. I started to laugh and cry at the same time. There they were – Saro, a chef with a poetic soul, and Vincent, an actor and fantastic food writer. Both of my muses. 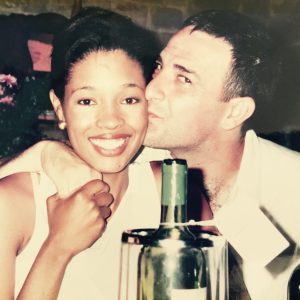 Tembi and Saro, the night before their wedding in 1995

In a classic twist in the unpredictable narrative of grief, I felt the need to stop everything and watch Ghost; a film about love, grief, humor, and a fast-talking medium, and a classic widow movie. I hadn’t seen it in years, but now I wanted to see that crazy man on the subway, Vincent, ironically alive again as a ghost. A good dose of a shirtless Patrick Swayze in that damn famous pottery wheel scene wouldn’t hurt, either.

I absorbed the movie in a completely new way during the scene when Schiavelli’s character teaches Swayze’s how to use his ghostly powers to move objects in the here and now. What if, in art imitating life or like a movie on replay, Saro and Vincent met again in the afterlife? And what if Patrick Swayze were there, too? Grief is crazy weird and rife with magical thinking. Even many years in, it can make you feel a little cuckoo. Still, a warmth settled over me as I watched the most cathartic part of the movie, when Swazye stands over Demi Moore at the potter’s wheel, reminding us that love endures beyond our earthly beings. 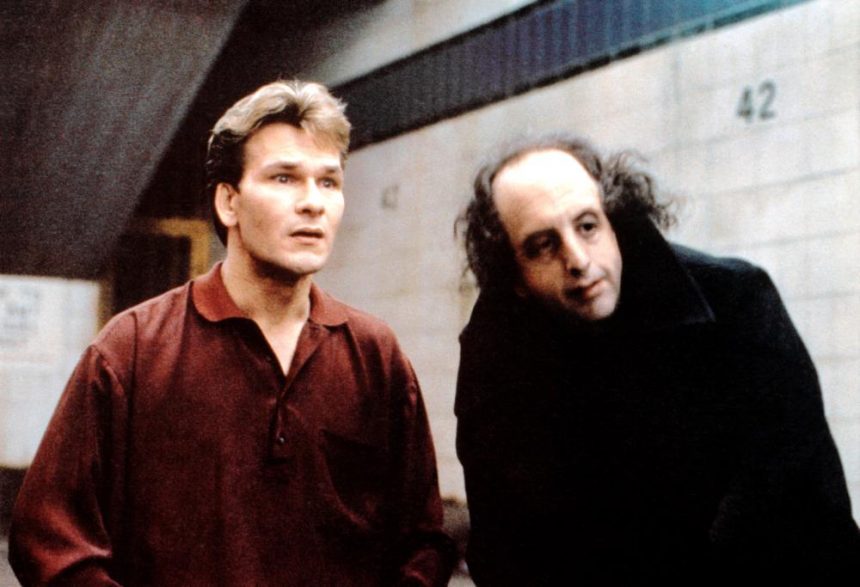 When the credits started to roll I returned to the kitchen, placed the picture of Vincent and Saro in the window sill and took a long look at the cake in the center of the frame. My grief brain still firing on all cylinders, I remembered something else from my childhood in rural East Texas: the cornmeal journey cakes, or “Johnny cakes,” that my late grandmother would make us. “Here, take some with you,” she would say, handing over a tin foil-covered plate. I’d eat them in the backseat of my parents’ car on the way home back to our home away from her in the big city.

Suddenly, that Sicilian dry cake seemed as though it had been placed in my life to accompany me throughout my own journey; through grief. Gazing at the photo served up a beautiful memory and a reminder of the ways in which life and death are idiosyncratic, painful and yet beautiful. And, that through it all, food connects us. In my case, a cake that had journeyed across three continents only to touch eternity.

Tembi Locke is an actor and living in Los Angeles. Her New York Times best selling debut book, From Scratch, a Memoir of Love, Family and Finding Home (2019) is a Reese Witherspoon Book Club Pick.