How My Brother’s Death Saved My Life

After watching Nick die of skin cancer at age 22, I was determined to clean up my act. Nick with ‘his’ dog Lady. (Courtesy of the author)

Really, it’s just one in a list of inconsequential getting-to-know-you questions: “How many siblings do you have?”

My heart would once beat wildly at the off-hand query, which inevitably led to too much information and awkward silences.

Then I learned grief’s code.

“I grew up with three brothers,” I now answer, skipping through the minefield. The subtle change of verb tense usually goes unnoticed, anyway.

It is now two decades after my older brother Nick’s death at 22 from melanoma. And, as I’m approaching 40 in October, I’ve already lived half my life without him. I’ve made that life in a far-off land he never saw, married a man he never met, and had six children, most of whom vaguely know about Uncle Nick.

But, horribly, in many ways it was his dying that brought me back to life.

Growing up, Nick was often the odd man out. Not bookish like the rest of us, he made his way early into business — first as a paperboy, later as an 18-year-old three-store manager for Blockbuster video.

School, on the other hand, was less of a priority. Although he was a senior and two years ahead of me, we ended up having a year of elective history classes together — Asian Studies and Russian History with an entertaining nearly retired Greek-American teacher. 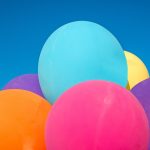 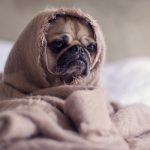 Life’s Too Short to Wear Beige 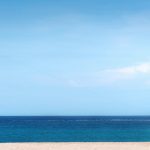 Nick decided we should “study” for the upcoming mid-term together, i.e., watch “Star Trek: The Next Generation” and listen to me read my notes during the commercials. He knew how to work a situation to his advantage.

Once we were both sentenced to spend the same Saturday in detention. For me, it was for pressing my luck with a teacher with similar tardiness tendencies and being late to first period one too many times — after she arrived.

Nick, who drove me to school that year in his sporty grey Plymouth Duster, dodged parental wrath by claiming that I had also made him late (true), which is why he was also at Saturday school (false). (It turned out that he’d been caught sneaking out of school to visit one of the surrounding fast food joints.)

As he was dying, at home, in my room, he decided to have a string of last meals. Sushi, obviously, but also White Castle sliders with a classic side of greasy french fries.

We were all at my parents’ house. Nick, in U.S. Army Intelligence and stationed in Korea, had been diagnosed in June with Stage IV melanoma. He was treated for a month at Walter Reed in Washington, D.C. By late July, however, it was clear there was no real treatment.

I was already at rock bottom, had dropped out of music school and was living in a flophouse we called the House of Pain in my college town. I was depressed and existing in a blur from taking the large doses of drugs prescribed by the school’s quack psychiatrist (later the target of several lawsuits for over-medicating students). My depression had arrived after tendonitis disabled my left arm and ended any hope of a career as a professional violinist. My roommate’s sleeping with the boy I loved hadn’t helped.

I finished my first year in university on self-prescribed bedrest, and was barely eking out an existence at 19, working odd jobs, cleaning houses for food. I ate meals at the soup kitchen and was obviously successful in my scrounging, for I was terribly fat — and despised myself.

But with red-rimmed eyes, we were forcefully chipper around Nick.

He requested these Eat, Drink, and Be Merry feasts, meals in which he ate sparingly, a series of last suppers. On White Castle night, at the end of the meal he handed me the tray of cold fries I’d eschewed as a fat girl should. He put his hand on my shoulder, looked me in the eyes and said, “You’re allowed. Have some. It’s okay.”

During the next weeks, Nick shrunk, lost his hair, the ability to walk. He still wanted to seize every moment. We went to see “Waterworld” while he could still get around. So young, people must have taken him for an AIDS victim. Later, my mom used his cane, as her cancer progressed and made balance difficult. I had to go back to the House of Pain to formally assume the lease for the next year. Seeing real sorrow, feeling real pain in incrementally losing Nick, I was cleaning up my act and determined to break out of my ego-driven depression.

The homeless dred-locked family squatting in the back room with the pit bull (and the little girl) were asked to leave. The hobos and druggies as well. It was time to take another stab at university, with a different major and a better outlook.

When it was time for me to go sign the lease, Nick had already suffered the stroke which left him unable to speak. Surrounded by family, he lay in a hospital bed in my childhood bedroom.

As I tearfully told him I would be back the next day, he squeezed my hand with a strength I hadn’t thought he still possessed.

It was the last time I saw him. He had said goodbye.

Nick was the fun one. He was stylish and kept up with the latest trends. Amazingly secure for a teenager, he unabashedly went to Disney movies and wore a Goofy watch. He always had girls running after him, and invariably chose the best of the lot.

Once, my parents left us at our grandmother’s house in California while they went away for a week. Within half an hour, a teenie bopper was at the door asking for Nick.

He was Tom Cruise handsome and charming. That slightly cocky smile, the subtle swagger. He acquired a cell phone early, sometime around 1991, an enormous device that he used while driving deposits to the bank for work. But our home phone was still flooded with teenage hopefuls, eternally asking, “Is Nick there?” Nick celebrating at his 1991 high school graduation. (Courtesy of the author)

I’m still in touch with a few of “his girls.” Through flashes on Facebook, I see in their lives what his may have been.

He went to college, but, caught up in the party scene, almost flunked out and joined the U.S. Army. There he blossomed and, ironically, was sent to school — to learn Korean. We wore the same shoe size and after his death I inherited his army boots.

On a rare visit before his deployment to Korea, I remember him dancing me around our living room while we laughed and laughed. I can still smell his cologne and feel the happy, excited dizziness of my big brother whirling me around. But it is 20 years today since he last held my hand.

My almost 10-year-old son was angry with me last Friday for saying no when he asked to go to the pool with a friend. I looked at the clock, which read high noon, looked at him — pale, blond and blue eyed — and, despite his pie crust promise to stay in the shade, decided it was too much of a risk.

Because my older brother died of skin cancer, I cannot blindly put my trust in sunscreen or swim shirts.

My body, and those of many of my relatives, is a topographical map of scar tissue. We attempt to keep one step ahead of the seemingly unavoidable disease that has hit, in preliminary stages, both my grandmothers, my two uncles, my father and another of my brothers.

Sometimes, especially since my mother’s death from breast cancer last year, I can’t help but look at my six children’s fair faces and hear the ticking of a clock.

Amanda Borschel-Dan lives in Israel, where she and her husband are raising their six always hungry children. She is The Times of Israel‘s Jewish Times editor.This essay was originally published in The Times of Israel.
96
Share on Pinterest