Seeing My Daughter in Other People

After she died, I was captivated by those who looked like her. 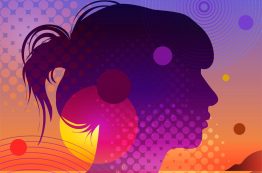 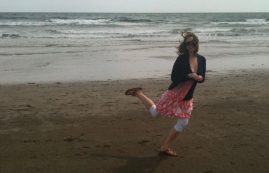 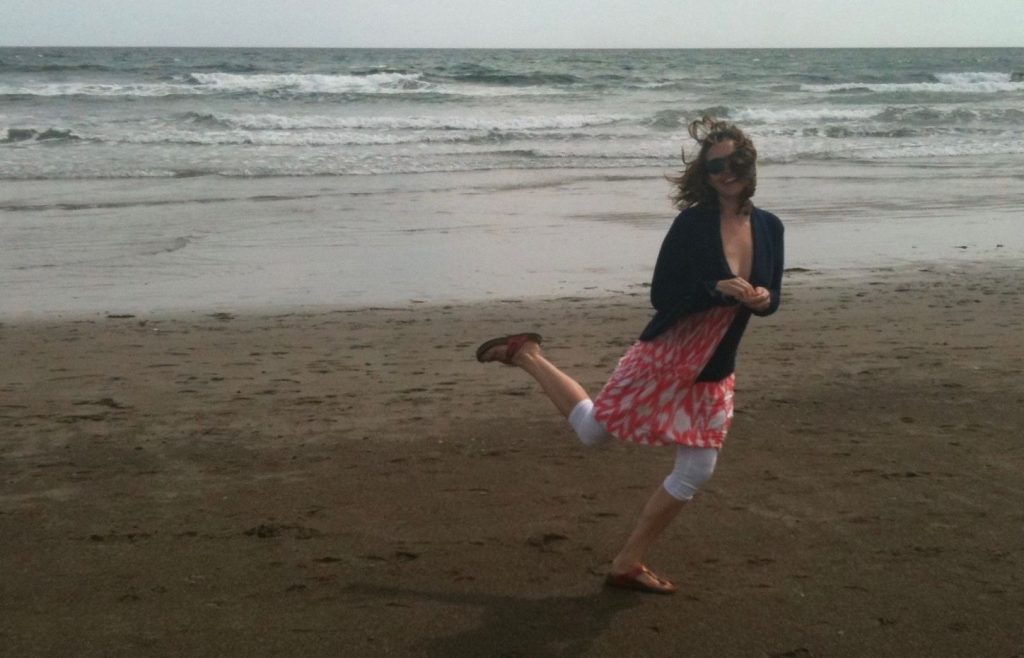 It was a few years after she died, my eyes were drawn, again and again, towards a beautiful young woman sitting in the same grand room along with me and 17 others. Sitting on a sofa in this Gothic hall at a local university where I had come to write, I looked into the distance at her.  This woman’s physique, dress and hairstyle told me she was my daughter.

That day, she wore a short dress of wide black-and-white horizontal stripes, dark grey leggings and leather boots. Her brown hair was plaited into two French braids along the sides of her head and secured at the nape of her neck. I could hardly see her face, but that didn’t matter.

It wasn’t the first time I’d seen my daughter since she died in 2014. But was the first time it lasted more than a brief moment. Once I saw her crossing a wide street in the city where she’d lived. As I drove by her I jumped a little in response, and then had to refocus immediately on driving.  Another time, I identified her as one of the models in an online advert for a spa we’d visited together. The more I studied the advert the more it was her. Then suddenly, it was someone else.

My poor brain, I counseled myself afterward. So hungry to see her, I re-created her image. My athletic, sensitive, accomplished daughter, who had recently succumbed to a giant illness.

My sisters told me of another sister who died from illness at age four, before I was born. I studied my missing sister’s photo. She didn’t seem real.  But my daughter — she felt real, even after she was gone.

I’d educated myself about grief, read extensively while treading its waters. I immersed myself in deep, confessional writing, embraced memories and told my sweet daughter everything I still had to tell her. I began a letter to her, which morphed into a book. I joined a university writing class and a spin-off writing group where the thought occurred, I don’t know what I’m doing, but these people are writing and they seem all right. I kept at it. And the Gothic hall was nearby, a quiet place to work.

‘My poor brain, I counseled myself afterward.  So hungry to see her, I re-created her image.’

My daughter wrote daily so it made sense, almost, when I saw her writing at a desk in this hall. Wearing a shirt I recognized with her hair pinned up, as I remembered it. There really was a young woman writing at a desk. She really did look like my daughter. That first time I saw her in the hall, I quickly walked away with a friend.

And a few times, I dreamt of her. In a dream the first year after her death, I saw her only from the back, her beautiful hair was long again, and she remained ferociously dead. Another year, I dreamed she visited me at home. She looked radiantly happy. Her hair was grey which meant she hadn’t died young.

But recently, she hasn’t appeared before me, or even in my dream. Was the time with her in the Gothic hall enough? On the day she wore that black-and-white mini-dress, I watched her approach me, held tight to my place and wondered how my brain might handle her proximity. But before she walked past me, her face changed into someone else’s. In that moment, I stopped holding my breath and looked upwards towards the golden pineapple tops of the chandeliers miles above.

Muriel Schofield’s reliance on words — in journals, as a teacher, librarian and visual artist — culminated in the aftermath of her daughter’s death. It began with a letter to her late daughter and ultimately turned into a book, the manuscript for which won first place for creative non-fiction in a Writers Federation of Nova Scotia’s contest. She lives in rural Nova Scotia.