Eight years after we divorced, my sons’ father was dead — and I went from the ex to something more complicated. 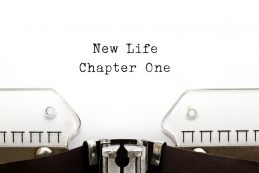 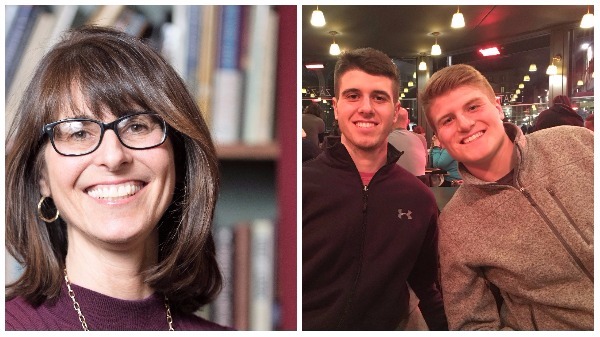 The author and her sons (Courtesy of Stacey Freed)

When asked about my ex-husband I used to say, “He’s a great guy; I just can’t be married to him.”

Charming, funny, handsome and smart, a great guitar player, a good father. It’s not that I wasn’t angry about how our lives — after 18 years of marriage and two children— turned out, but I didn’t think denigrating him in public was in anyone’s best interests — especially in our small town. As a writer, I strive to be objective, and I know that the dissolution of a marriage is never just one person’s fault.

Then a year ago February, my ex-husband took his own life. After eight years of navigating an “ex” relationship, I had a new road to travel; I became a “widex” and I’m even more conscious of my words.

READ: Was My Dead Ex Talking to Me From Inside the TV?

A few months after his death, I needed to get away. I drove from my home in Rochester, N.Y., to Washington, D.C., to visit old friends — people who knew me and my ex from our younger days and who’d remained in our lives. Each night for five nights, I stayed with a different friend. They hadn’t been there when we had gotten divorced (we’d already moved from D.C. by then), and they never knew what led to our break-up.

As we talked, it struck me that now and forever, I alone held the keys to the narrative. That what I said would be the ultimate story of our lives; my ex would not ride down on his motorcycle to contradict me. The words in my head felt fragile. I reached for the most accurate words, the truthful words, the objective words: He battled alcoholism and depression. He was on medication for years. Joy in anything, he had said, was elusive. He struggled every day.

Over dinner, I relayed the story of our lives. They looked at me, their eyebrows sliding together, chins sinking back into their necks. “Really?” they said. “I had no idea. He always seemed so happy, engaging, funny….” They didn’t know how alcohol had seeped into the fissures of our marriage to create a toxic, new normal. They didn’t know about his chronic lateness, his forgetfulness, the hours he spent asleep. They didn’t know about the multiple medications he had been taking for depression, for anxiety, for low-Testosterone, for muscle spasms and gut issues, to sleep, to wake, to get through the day.

READ: How To: Support Someone Affected by Suicide

How much did he drink? they asked, perhaps wondering about their own relationship to the very glasses of wine they held. And maybe, they thought, she’s overstating it. It didn’t affect his job? His relationships with other people? Eventually, yes and yes. And I relayed the terrible ending, the DWI and what followed. We’d fall silent. Then we’d swing into happier times. They shared memories. That weekend at Rehoboth Beach where we rode bikes to Dewey and had lunch on the sand. That gig he had in Arlington. And didn’t his band once play at a nudist colony in West Virginia?

All along I wonder about my responsibility to truth. My words freighted with the emotions of the moment — at turns angry, sad and, God forgive me, filled with a sense of relief. Pema Chodron, in the book “When Things Fall Apart,” writes, “There are so many ways that have been dreamt up to entertain us away from the moment, soften its hard edge, deaden it so we don’t have to feel the full impact of the pain that arises when we cannot manipulate the situation to make us come out looking fine.” She’s writing about using various addictions to escape pain and not about using language, but it seems the same to me. Sometimes I use my words to “manipulate the situation,” to shape the narrative, to come out of all this “looking fine.” But that detracts from my ex-husband’s own truth, and isn’t he entitled to that? Isn’t that the ultimate way to honor our dead?

I am faced with my own humanness every time I open my mouth. It’s much easier to retreat to the screen and keyboard, to sort and pick my way through, to make sense of thoughts and emotions. I  promise myself that before I speak aloud I will conjure the image of my — of our — now-grown sons and their future. I will stop and breathe and think. For them, I will hold the words in my hands carefully as if cupping a young bird, feel its heart beating, run a finger down its feathers and pray I don’t release it before it’s able to fly on its own.

Stacey Freed is an award-winning writer for national trade and consumer publications. She holds an MFA from George Mason University. Her essay, “Tourist No More,” will appear in the anthology “She Can Find Her Way: Women Travelers at Their Best” to be published in October by Upperhand Press. She has recently finished a draft of a novel she hopes will one day see the light of publication. When she’s not writing, she loves to hike, read or bake bread.