Both Parents Are Gone. But I Miss Only One of Them.

When I long to pick up the phone — and share my joys and my struggles — I only want to speak to Mom. 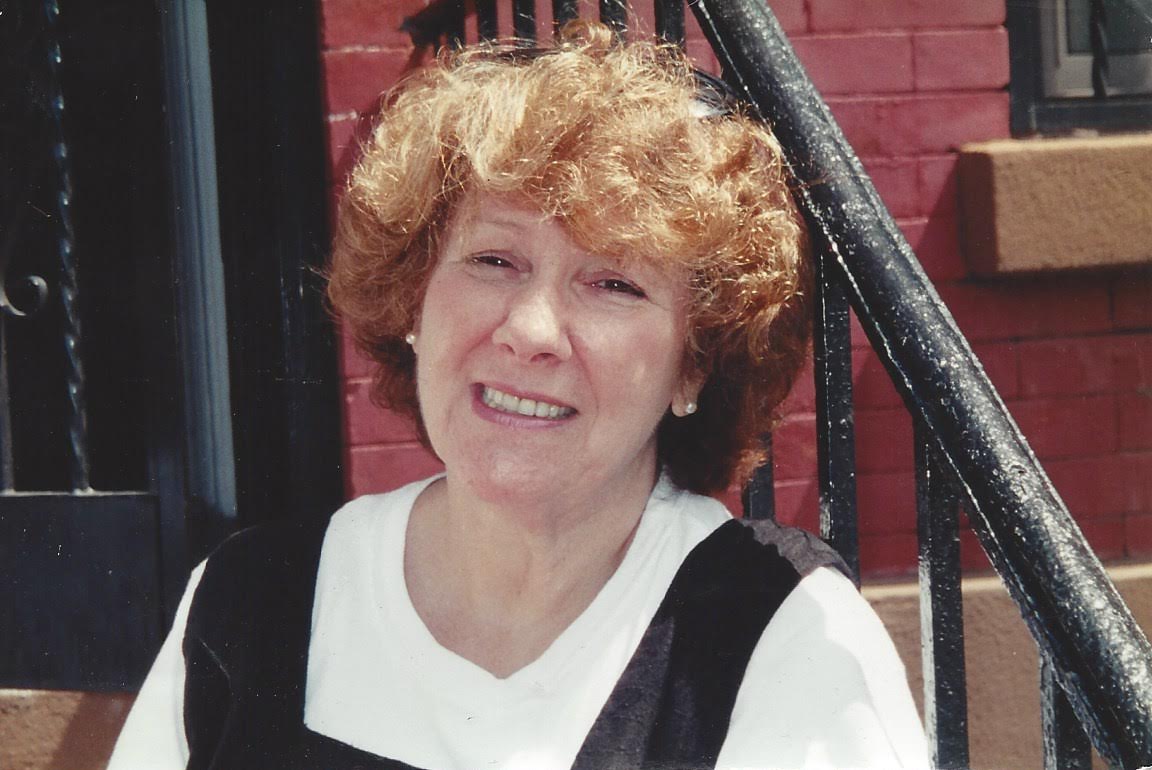 My mom and I were close. Too close, in some ways.

We both relished playing esoteric words in Scrabble. We’d be similarly snarky about stars’ red carpet gowns while watching the Oscars as we sat, connected by telephone — me in Brooklyn, her in New Jersey and later Philadelphia. We have similar faces, similar coloring. She taught me to love language and music. There was an unspoken connection running between us like an electrical current. 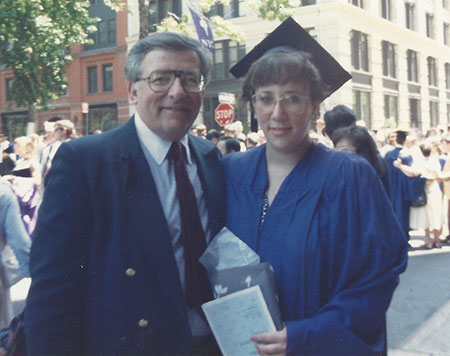 The author, at her graduation from NYU, poses with her father.

We also irritated each other. I was overly sensitive to her expressions and intonation, much the way my children are with mine. She knew how to hurt me in the deepest places — and she did.

And I loved her so, so much. She was extraordinary in invisible but important ways. Like how she approached me, when I was in my early 20s and had been living away for several years — first in boarding school, then in Israel, and back in the U.S. at college. She invited me to take a walk in Central Park and apologized for having hurt me, both emotionally and at times physically, when I was younger. She opened the door to discussing anything on my mind. She genuinely wanted to make amends. I knew then that it was remarkable and appreciate it even more now, three decades  (and three kids of my own) later.

READ: I’m Not Okay with Being a Motherless Mother

I loved my dad, too. Our relationship was difficult in different ways, which turned out to be harder to bridge. Dad was often contentedly unaware of the impact on others of what he said and didn’t say. For him appearances, not authenticity, too often seemed paramount.

At his funeral and during shiva, five years ago, many people said how much he talked about me and how proud he was of my work. It floored me. Because I rarely heard it from him directly. He sometimes forgot to call on my birthday and rarely inquired about my writing. Yet he spoke what felt like endlessly about how wonderful his wife, his step-daughter and my sister were. I tried not to feel jealous. But I always did.

The handful of times, from when I was a young adult until a few years before he became ill, I tried to approach him — gently, with words carefully planned with a therapist — to talk about our relationship, he was as impenetrable as an armory. Any suggestion that our connection could be stronger or more honest was simply intolerable for him. He would deflect or get angry. He just couldn’t make any room for it.

While he was ill with cancer, the simmering resentment I tried to keep at bay morphed into sadness. It was sad that he was suffering and debilitated. Sad that we didn’t have a richer relationship. And sad that I hadn’t seen him evolve much emotionally, in his 75 years on this planet.

While that was sad, my mom’s death from brain cancer at just 61 was devastating. For months after she died, I would wake  in the middle of the night sobbing in the dark. That the world could keep turning without her was truly mystifying. She was, in some ineffable way, its axis. Fifteen years later, I am as perplexed as ever. It still just does not seem possible that she is not here — especially to see my children, the youngest of whom was an infant when she died, growing into the delicious, bright, caring and frequently confounding young adults they are today.

During my final visit with my dad, on the first night of Passover five years ago, I sat with him, ignoring the Vogue magazine on my lap, in his darkened rehab center room while my husband and kids attended a nearby seder. Though he was sliding into permanent unconsciousness, dad roused himself to respond every time I spoke to him about a family memory. When my husband and kids arrived to pick me up, I kissed his cheek, stroked his arm, and said, “I love you, Daddy.” He smiled, eyes still closed, and said, in his beautifully sonorous voice, “I love it when you call me that.” It was the last time I heard him speak.

I’m grateful that he died knowing he was loved.

Still, when I yearn to pick up the phone to tell someone about my kids’ achievements and struggles, about my writing, about the joys and the painful challenges that life presents, there’s really just one person I long to speak with. I miss caressing the impossibly soft skin of her arm. Asking her questions about our family history and mishegoss. Playing Scrabble with her. How much fun we would have had playing, teasing and laughing, as we competed.

Hearing the warm timbre of her voice in my head, and feeling her presence near me just isn’t enough. I need her here with as much intensity as I experienced watching her pass from life into death. It was just like giving birth: it was a process I couldn’t control involving someone whose heart was part of mine. Yet I could only witness.

When I think of my dad, I’m a little sad.

When I think of my mom, the tears flow. The grief rises up. It doesn’t take much; it lives right in my chest.

Debra Nussbaum Cohen writes from New York for Haaretz and is a contributing editor at the Forward. Her work has appeared in The New York Times, Wall Street Journal and New York magazine. She also authored “Celebrating Your New Jewish Daughter: Creating Jewish Ways to Welcome Baby Girls into the Covenant” (Jewish Lights).