My Mom’s Final Gift to My Girlfriend and Me

She pushed me away when I came out to her at 30. Right before she died, she pulled me back in. 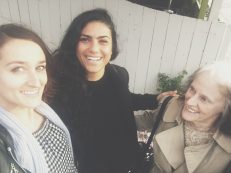 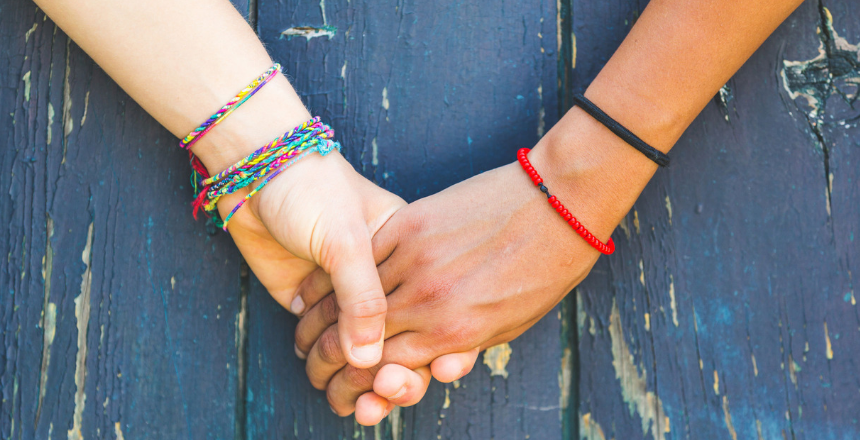 The first time my girlfriend met my mother was on May 14, 2017. I remember emailing my boss, asking for that Monday off (making it back from Rhode Island to Brooklyn via train for a 7 am start time seemed unreasonable). I casually reminded her that my mother was dying and I really needed this time off, as it could be the last Mother’s Day we spent together.

I wondered if it would be awkward the following Mother’s Day, and the many subsequent ones, if I had to explain that, thanks to the wonders of chemotherapy, my mother hadn’t died, and I was going to visit her again.

I wish I could go back to that 31-year-old me, playing out a scenario that would never materialize. I would be tempted both to slap her and to hug her — the slap for the naiveté, in thinking that my mama, in remission from a rare soft-tissue sarcoma for a staggering 15 years before the re-diagnosis, was invincible, and the hug for the very same reason. It is something of a gift we share, those of us who watch a loved one wither before our eyes, that we refuse to accept the inevitable. That blind faith buoys our loved ones, and more importantly, ourselves, even in the darkest moments. That Mother’s Day was, in fact, the last we would spend together – my mother died later that year, in November.

The email request to my boss was made more complicated by the fact that I was asking not just for myself, but for my girlfriend. We had met at work, teachers across the hall, and a slow friendship had evolved into something unfamiliar. This was probably why my mom took it so hard when I “came out” as a 30-year-old. To be fair, this term doesn’t feel right to me — it didn’t then and it still doesn’t now. I fell in love with someone of the same sex. I hadn’t repressed any feelings or hidden my identity. Instead, I had spent 30 years living as a heterosexual female — and now, I wasn’t.

“You don’t understand,” I remember pleading with my mother the night I confessed that the beautiful Egyptian girl in my photos wasn’t a “work friend.” “I understand perfectly well,” my mother retorted. “You have been lying to your father and me this whole time.” She sat, arms crossed, thinning body sinking into the couch. She refused to hug me that night, even when my father finally gave in to my heaving sobs and wrapped his arms around me, and it was clear that a line had been drawn between us. The tight weave of our relationship was beginning to fray.

Driving down to Rhode Island that Mother’s Day, I kept convincing myself that things would be fine, that enough time had passed since I’d broached the subject in November. My mother had made an effort to respond to a photo text of the two of us at a paint night, and would ask politely how Desiree was — though in her mind, I think, we were still two separate entities. 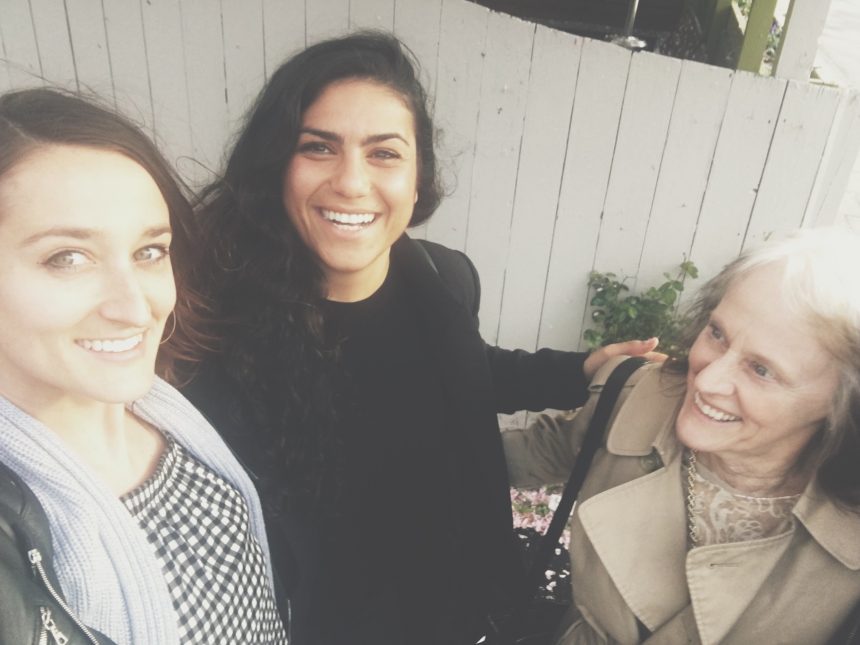 From left to right: Sierra, Desiree, and Sierra’s mother

That day did go fine. Desiree is a hard person not to be drawn to — she’s quick to laugh, brown eyes sparkling, and easy to be around. In the photos we took from that day, it is easy to see why I am radiant. My mom, smiling wide, her hair growing in white after her weekly chemo treatments and her arm around my girlfriend, was creating a space for the woman I loved.

The discomfort between my mother and me dissipated, and I no longer hesitated every time I shared with her a funny moment from my busy New York life with Desiree. She still couldn’t wrap her mind around how I came to be here, how her daughter, with no “gay warning signs” could end up in such a predicament. I stopped trying to find the words, because I wasn’t quite sure myself. As she got thinner and weaker and sicker, and I was forced to picture a future without my mom, explaining myself seemed to matter less.

Just shy of six months later, Desiree and I sat across from my mother in the makeshift bedroom that used to be our dining room. As we watched her shrunken body heave with each compression of the oxygen tank, she wrapped her paper-thin fingers around our hands. Her ice-blue eyes were dulled by morphine, and most of the time she seemed agitated, unwilling to let us help her get comfortable, frustrated that we couldn’t relieve her discomfort. So it took me by surprise how calmly she lay there in that moment, how settled she was. “You girls have changed my life,” she said. “You have changed my heart.”

When she died the next evening at exactly 7 pm, I reminded myself over and over while lying stone-still in bed of what she had said. It was a gift then and it’s a gift now. Dying had the ability to crystallize something for my mom, and in turn, for me — that love is boundless and steady and that, in the end, knowing who we are is less important than knowing whom we love.

Sierra Strattner is a 32-year-old reading teacher in Providence, Rhode Island. Losing her mom has given her a reason to sit down and write, and that’s something her mother be proud of.