In the Face of Death, We Laughed

As AIDS ravaged my friend’s body, levity carried us through the end. 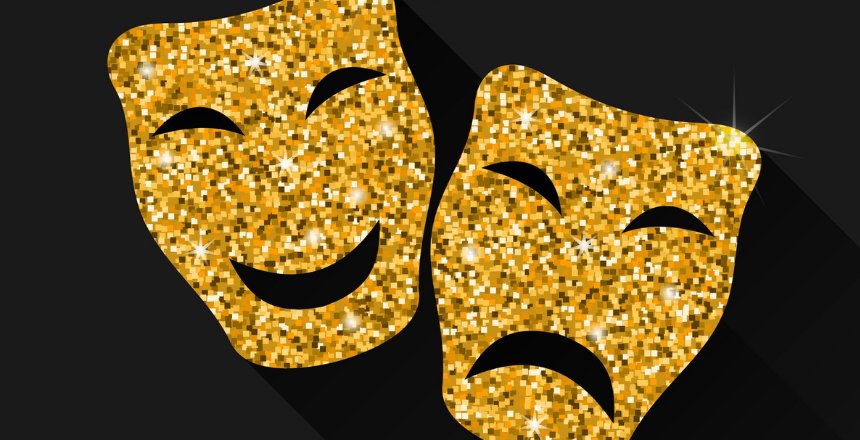 “I think it’s a lovely place to die.”

I was sitting on a wooden bench with my friend, Jake. Intermingled love birds were carved into the back piece. A peaceful courtyard surrounded us. Flowers, birds and so much natural beauty it was easy to forget we were tucked in the back of an industrial park, smack in the middle of congested Atlanta.

It was a hospice facility, and Jake was there dying of AIDS. He was 33 years old.

The first time I saw someone dying of AIDS was the 1990 LIFE magazine photo of David Kirby, a gay activist whose family accepted him back on his death bed. He became the face of the HIV crisis for many Americans, including eight year old me. I remember thinking he looked like a concentration camp victim. Sunken cheeks, withered skin on frail bones, and a deep glare that can only be earned through intense pain and suffering. It appeared a terrible way to die.

When Jake was diagnosed with HIV, I was working at an LGBT youth homeless shelter. One-third of my clients were HIV positive. I had worked with homeless and HIV service providers for many years. I knew Atlanta’s care system inside and out. Armed with all of my knowledge and networking, I barely made a dent in helping Jake before he ended up in hospice.

Jake came out to his family in the early 2000s. He was rejected and told that one day he would get AIDS and die. HIV diagnosis is no longer a death sentence. But it was to Jake. Diagnosis spiraled into emotional chaos and detachment from reality. Old wounds cut through his ability to see a future for himself, and he developed a serious drug habit to cope with those inner demons.

The end of addiction is also the end of the bridges the person has burned. Jake burned almost every bridge he could have. He had run through all the support systems his friends and others had offered. After months of no communication it wasn’t a surprise when I received a call from one of his dealers, announcing his pending death and a request for visitors.

“He’s very thin. You may … well, you may react without wanting to. He’s okay with that. I just want you to prepare yourself.”

The first time I opened the door to his room, he exclaimed, in his thick AR-ken-saw drawl, “Ohhh, look what tha cat dragg’d in!” I made a joke about weight loss and sat down in a big armchair across from his bed. He was in the middle of dictating his final wishes.

“Lara, go pick out ah movie. I’m so bored I could die!” He made a funny face, and returned to the task of what to do with his body once he was no longer in it.

My fingers ran over the small stack of LGBT DVDs. Brokeback Mountain, Milk, Boys Don’t Cry, Rent. All films we had seen together in happier times. My eyes narrowed on the last title, Angels in America. I had hounded him for years to watch Kushner’s brilliant miniseries. And there it was. I stood for a moment in the middle of it all, staring at the angels in front of me, knowing my dying friend was behind me.

I blurted out, “Jesus, Jake, are you trying to depress yourself to death?!”

As I fought back tears, trying to maintain a hold on some sense of composure, he hollered behind me, “Why’d ya think I wanted to see you? I need more movies!”

We went on like that for a few months. Making jokes and remembering old times in between medication breaks, bathroom rushes and Morphine naps. We passed a lot of time on that bench discussing what might come after death. We decided there should definitely be a bar.

One of the last times I saw Jake, he grabbed my hand with both of his, and asked softly, “Promise ya won’t forget me?” I placed my other hand on top of his and replied, “I promise, so long as you have a drink waiting for me when I get there.” And we laughed, right until the end.

He’s been dead two years, and I’ve kept my promise. I think of him often and write about him yearly in remembrance. Jake lives on in every wave of the rainbow flag, every inch of the AIDS Memorial Quilt, every margarita toast among friends. What he taught me about dying was the best advice I ever got about living. Life is short and death is always tragic. If you can learn to laugh in the face of it all, you’ll never be forgotten.

Laura Gentle is a freelance writer and communication creative living her best weird life in New Orleans. Learn more about her at lauragentle.com.