I lost my mom, my stepmom, and my dream of mothering a child of my own. On Mother’s Day, people say the darndest things to me. 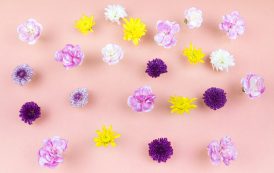 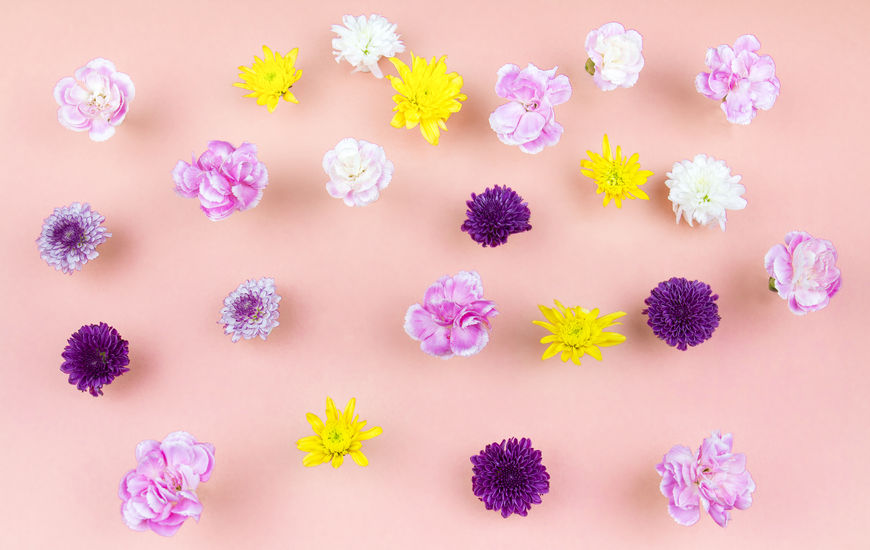 Mother’s Day first irritated me in first grade. My mother had died unexpectedly the summer before, and in class we made cards for Mother’s Day. The teacher took me aside after announcing the assignment and said, “You can make yours for your dad.” She looked anxious. Our cards lined the classroom windowsill: “Mom, Mom, Mom, Dad, Mom, Mom.”

Mother’s Day got better after Dad married Miss Jan, my kindergarten teacher, when I was 8. I still disliked it, but figured I’d feel better about it after I became a mom myself. I grew up watching my siblings and stepsiblings have children. In my 20s and 30s I watched friend after friend after neighbor after stranger get pregnant. I never did.

Church made it worse. My first Mother’s Day after trying and failing to get pregnant, my church distributed pink carnations on Mother’s Day. A teenage boy offered flowers to each woman, hesitating when he saw me. I was new to this church, mostly composed of people who had known each other forever. I’d been a member for about six months. He sized me up: Is she a mother? Should she get a carnation? Then someone elbowed him, and he handed me one. 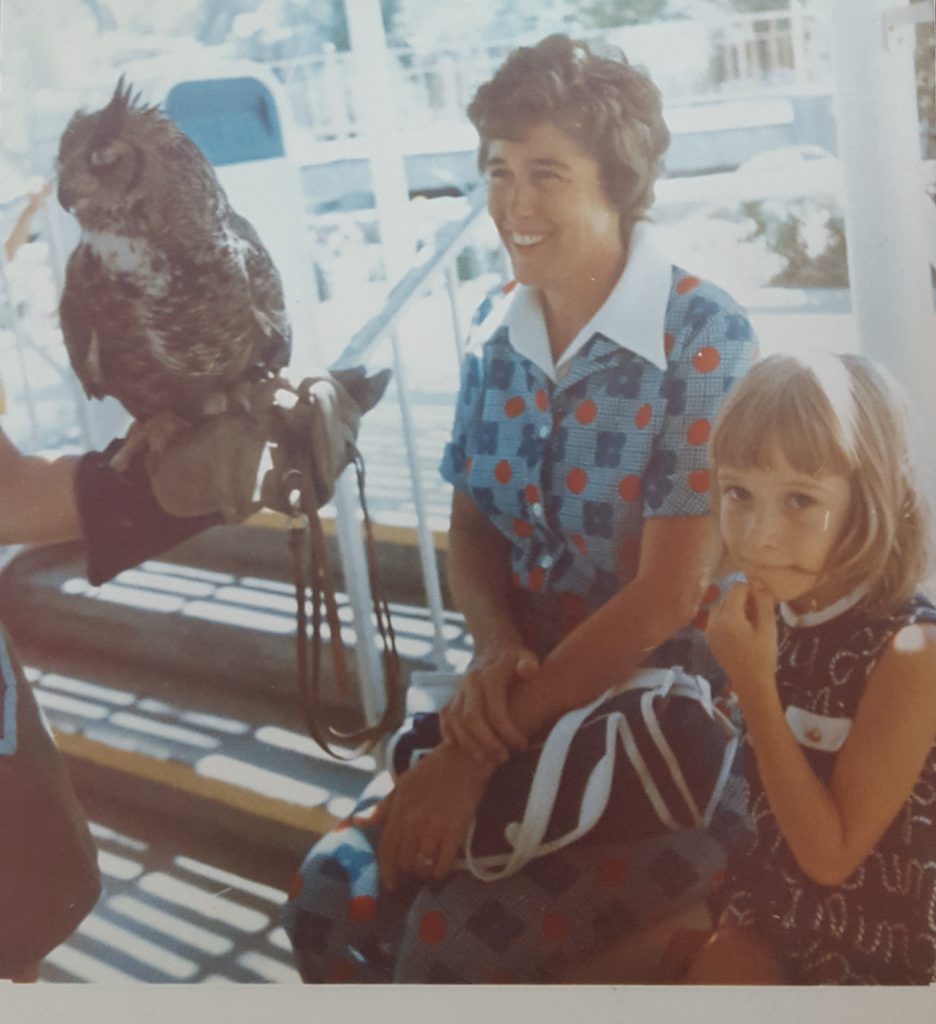 The author and her late mother. (Courtesy of Elizabeth Felicetti)

I started skipping church on Mother’s Day, so that there would be less confusion about who should get a flower. By then, all my nice church friends knew that I wanted a baby but didn’t have one. I suppose they prayed for me. I prayed, although my prayers changed from asking God for a baby to asking God to take away the obsession and longing, so that I could think about something besides a baby. I quit buying three parenting magazines a month and clipping articles from them, and a few years after that, finally threw out the manila envelope crammed with advice about what I should eat and what the baby should eat and how I could keep the mythical baby safely entertained in the back seat while I was driving.

Once I became ordained, however, I couldn’t skip church on Mother’s Day. Priests have to show up on Sundays. Oh, and before ordination, I had to decide what to be called. I did NOT want to be called Mother, but male Episcopal priests are often addressed as Father. I was going to work for one: Father Bob. I consulted with a female mentor. “If he’s Father, you have to be Mother,” she said. “Mother Elizabeth. It sounds nice.”

She went by Susan, and her male associate was David.

‘My prayers changed from asking God for a baby to asking God to take away the obsession and longing, so that I could think about something besides a baby.’

“I hate that male priests are called Father,” I said. “It’s paternalistic. I am not going to be called Mother. I prefer Pastor.”

Episcopal priests tend to discount that title. It doesn’t emphasize our priestly role, they say. We are priests, they say.

It’s a gender-neutral title, I say.

Susan didn’t say any of that. “If you don’t go by Mother, they will end up calling you Father Bob and Elizabeth,” she said. “You’ll be seen as less ordained than he is.”

I talked to Bob. He wasn’t keen on being called “Pastor Bob,” and suggested congregants call us both by our first names. “We’ll be Bob and Elizabeth,” he said. But in reality, we were Father Bob and Elizabeth the three and a half years I worked there. It bothered me, but it was better than being called Mother.

Now that I’m the senior person, I’m Pastor Elizabeth or Just Elizabeth. No flowers are distributed at my church on Mother’s Day. As I stand in greeting lines, my parishioners wonder what to say to me. They’ll say to each other, “Happy Mother’s Day!” and then get to me and look stricken. I smile and say, “Good morning!” I say this even after the third service, when it’s actually afternoon. I try to scoot them through, but some of them grasp my hands, make eye contact and say, “You know, you are a mother to us all” or “You are a mother to your dog, so Happy Mother’s Day.”

I dreaded last Mother’s Day, the first after my beloved stepmother died. 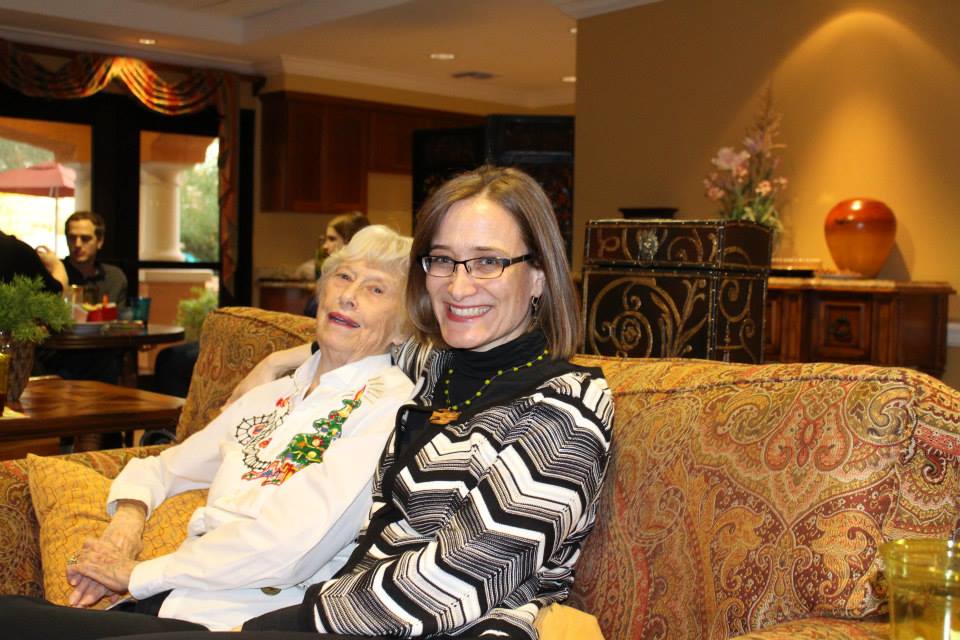 The author and her late stepmother. (Courtesy of Elizabeth Felicetti)

Both of my mothers are dead, and I’m not a mother: a Mother’s Day Trifecta. Losing my stepmother meant I no longer needed to fake enthusiasm for this day to anyone, so I embraced it with a dark humor. People said their usual lines, about being a mother to them all and to my dog.

This time, I laughed.

The Rev. Elizabeth Felicetti is the rector of St. David’s Episcopal Church in Richmond, Virginia, and is pursuing an MFA in Writing from Spalding University. Her essays have appeared in Modern Loss, The Other Journal, The Christian Century, The Grief Diaries and other publications. She’s writing a book about learning to love the Blessed Virgin Mary despite her baggage with motherhood. She tweets @bizfel.