Here’s what I learned about embracing a new dynamic with a surviving parent. 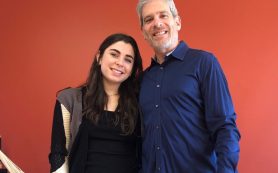 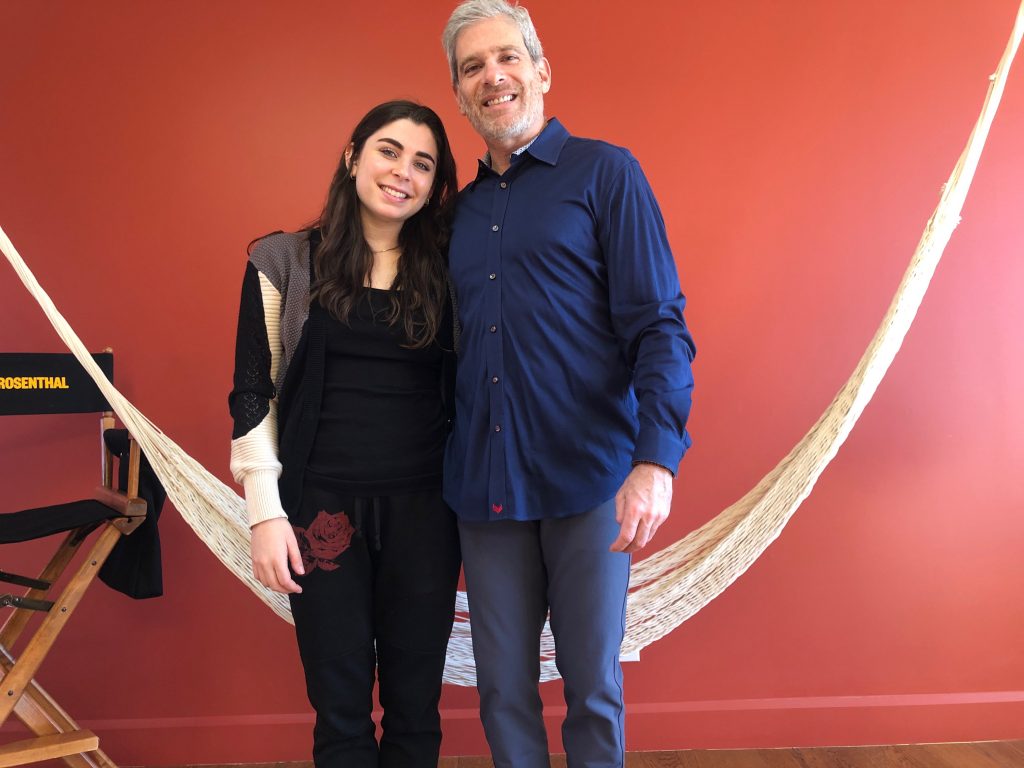 Paris and her dad, Jason, living together in quarantine. (Courtesy of Paris Rosenthal)

When I was nine, my dad and I started taking Taekwondo lessons together. After a couple years of hard work and patience, we both earned our black belts. This experience laid the foundation for my grit. Having two older brothers, playing team sports competitively, and practicing basketball with my dad regularly didn’t hurt in building my physical strength, either.

But no Taekwondo training, challenging soccer games, or fake wrestling matches with my brothers could have toughened me up mentally as much as what happened a few days after my 20th birthday. Two years beforehand, during the first week of my freshman year of college, I received an unusual call from my parents: My mom was diagnosed with ovarian cancer. “We are optimistic,” they calmly relayed to me and my brothers. A year and a half later, she died in home hospice.

As an avid writer and creator throughout her life, my mom could not fathom leaving this world without completing one final project. So, just ten days before she died, her now-viral article You May Want to Marry My Husband was published in the Modern Love section of the New York Times. One year later, in 2018, my dad, Jason B. Rosenthal, wrote a response of sorts titled My Wife Said You May Want to Marry Me.  He then continued to share his story and help others around the world find resilience in their own grief. All this, in spite of his being a lawyer, not a professional writer, and the fact that sharing his feelings publicly was not typical of him.

Before my mom got sick, my dad was an introverted nine-to-five, six days a week personal injury lawyer. Back then, I had just entered college without knowing what I wanted to study or what career I wanted to pursue. While we were both utterly consumed by her death, this helped my dad and I find clarity in how we wanted to spend our time going forward.

At my university, students created their own major in the form of a question and mine was: How do we address death? I also began to give public speeches about my experiences as a young motherless daughter, and, over the summer, I worked at an ovarian cancer non-profit. Concurrently, my dad veered away from his law practice and instead devoted his time to speaking internationally about the experience of losing his wife.

What I am now realizing is that with no explicit intention to do so, my dad and I have been partners in our shared, yet highly personal, grieving journeys. Immersing ourselves in the “world” of death was how we both naturally coped. As a result, we grew even closer to each other.

Immersing ourselves in the “world” of death was how we both naturally coped. As a result, we grew even closer to each other.

Today, there are things that my dad and I talk about and do together on a daily basis that weren’t part of our relationship before my mom died. My dad tells me about the challenges of being a single parent, and I open up about details of my own romantic relationships and friendships. Over time, this dynamic has grown to feel normal.

While I am still learning to navigate this new normal, I want to offer some unsolicited, brief advice on what I’ve learned so far:

Break down barriers. If you have two parents and your mentality is something like: I only talk about this with Mom, and I only do that with Dad, see what happens if you talk about/do something new with one of them. In hindsight, I wish I did that before it simply became my only option.

Communicate your needs. For those who have one parent (I’m sorry that we belong to the same club), be patient with yourself and with them. You might even occasionally have to step into the parenting role and communicate your needs, even if you’re used to being on the receiving end of those conversations.

Embrace new opportunities. I’m still not sure how I feel about the phrase, “Everything happens for a reason,” because I sure wish more than anything that my mom was still alive. But, I genuinely am grateful for the new connections and opportunities for growth that surfaced following my mom’s death. On the top of that list is the unbreakable and unbelievable relationship that I have created with my dad.

When I was nine, I didn’t know that the reason my dad wanted to do Taekwondo with me was because he wanted that quality father-daughter time. When I learned that as an adult, I wasn’t surprised, because it rings true to the thoughtful man and father that my dad is and has always been.

My birthday, the anniversary of my mom’s death, my mom’s birthday, and Mother’s Day all occur within the span of a couple months. After dreadfully getting through these consecutive and painful days—and yes, three years later they are still hard days—I’ve actually been looking forward to Father’s Day. This year, just like all others, I’m excited to put the spotlight on my dad and celebrate him, because, boy, do I have more to celebrate about him than ever before.

Speaking of “boy,” there’s a line from Dear Boy, the children’s book I co-wrote with my dad, that reads, “Always trust magic.” This is a phrase my mom used often in her work and life, and it’s exactly what I want to end with. Regardless of your religious or spiritual beliefs, these three words remind us all to trust the magic of the universe. The magic that made me Jason’s daughter (lucky me), and the magic that led me to write this piece. Happy Father’s Day to you, Dad, and to all the Dads out there.

You guys are magic.