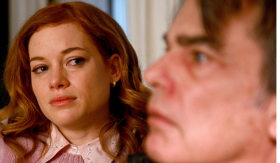 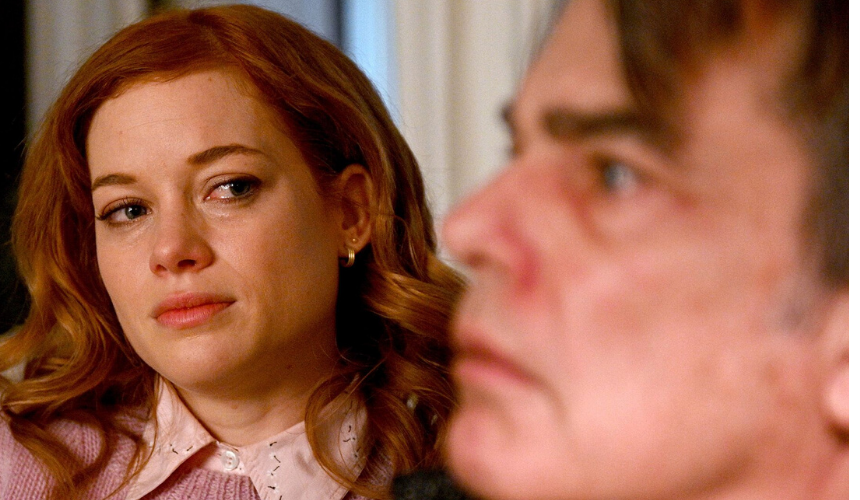 Ever since its premiere, I’ve been fixated on ‘Zoey’s Extraordinary Playlist,’ not necessarily because I loved it but because I was trying to figure out why I didn’t.

The setup: Zoey is in an MRI machine during an earthquake and emerges able to see the real thoughts and feelings of people around her expressed through song. She calls these musical performances “heart songs” (I would have gone with “soul songs” or “music monologues”) which grant Zoey insight into the thoughts and feelings of her co-workers, romantic interests, family members etc.

The emotional core of Zoey’s life is her father, who has been mostly immobilized by a debilitating disease. Zoey’s power allows her to hear her father’s “heart song,” and suddenly she understands his needs better than anyone.

As someone who experienced a parent losing her mobility, I should have been all in. But I wasn’t. I found myself frustrated in my emotional stoniness. Why didn’t it grab me? Why did I find it annoying, cloying, unrelatable?

If ever there were an audience born for a show like this, it was me. I grew up on a steady diet of classic Broadway and Disney musicals. My parents wrote Jewish-themed musical parodies. In Jewish summer camp, I helped translate plays into Hebrew, and remember many of those lyrics even today. In my college dorm I sang the entire librettos of Les Miz, Phantom of the Opera, Aspects of Love and more with my friends. And I suggested to a Jewish nonprofit colleague, also a musical lover, that we try communicating in song for an entire day. She politely declined.

Music also seeped into my television life. Episodes of Moonlighting and Ally McBeal incorporated musical numbers. The Buffy musical, “Once More with Feeling,” is a highlight of modern television (whose song titles, including “Going Through the Motions” and “Where Do We Go From Here,” are oddly pandemic appropriate). Glee made my heart jump; Crazy Ex-Girlfriend’s songs as inner processes for the protagonist awed me with its emotional and musical genius.

So what went wrong with “Zoey”? As I watched every episode, hoping it would get better, some problems became obvious:

1. Knowing everybody’s thoughts doesn’t enable her to make better decisions. Zoey believes that the song will follow her until she fixes whatever’s wrong. But most people’s problems aren’t a mystery, even to those who can’t hear heart songs. So Zoey’s reading people’s thoughts without permission, but still can’t help her make good romantic or business decisions.

2. Not all the actors are good singers and dancers.
Because the premise is that the characters sing what they’re afraid to say but really feel in their heart, shouldn’t those expressions be of a more even quality? Instead, you have actors with Broadway pedigrees opposite the otherwise lovely Lauren Graham and Mary Steenburgen, which isn’t fair to them.

3. Some of the song choices and choreographic stylings seem odd or overwrought. “American Pie” to accompany a funeral just because it contains the lyric, “this will be the day that I die”? It might have been interesting to select one artist for each character, and use pieces from their oeuvre to express their emotions.

4. The torn-between-two-lovers thing doesn’t work. Yes, she and Simon bond over grief (hers anticipatory), but he’s engaged and even before his uncomfortable “Should I Stay or Should I Go,” we know he shouldn’t be there to begin with. If I were Zoey, Max (Skylar Astin) would get promoted to boyfriend the instant he joins her rendition of “Pressure” in a pitch meeting, even though he can’t hear the music. (And why are other people able to see her singing124wg out loud but they can’t see other people dancing? Is she singing “out loud” during the musical numbers in her mind? Or is it a plot hole?)

But as Zoey had her final moments with her dying father, transitioning from anticipatory to live grief, I realized how powerful it would have been to start the show in that raw moment: grief makes Zoey’s gift and subsequent experiences feel authentically earned and not randomly magical (MRI+earthquake+playlist to remind you).

Grief breaks and then reshapes you. Senses are altered, responses reformatted.

Grief breaks and then reshapes you. Senses are altered, responses reformatted. In grief’s early days, I was profoundly uneven: I tried to sing but couldn’t break through my monotone; when I ate, I craved textures and temperatures because flavors didn’t seem to exist.

Grief is an MRI machine during an earthquake during a tsunami during a really bad beginners Improv show. It’s shocking, unexpected, overwhelming and uncomfortable. But as grief settles in, it can imbue intense emotional empathy. It can reveal pain and loss in other people. And it’s often much easier to see the music in others people than in yourself.

Had the series begun with Zoey’s intense grief over the loss of her father, the show’s conceit would have resonated widely and felt more authentically earned. Those of us living with grief would have understood. And over the course of the season, we could have explored her grief together, the empathy that burst forth from that pain, and her journey toward rediscovering the music in herself.

Esther D. Kustanowitz is a writer based in L.A. whose work can be viewed online at EstherK.com. She also co-hosts The Bagel Report, a pop culture podcast.