My dad and the rock star Prince had everything and nothing in common. It’s this time of year when I feel their absence most acutely. 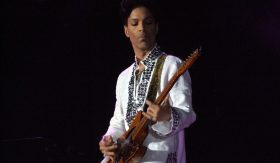 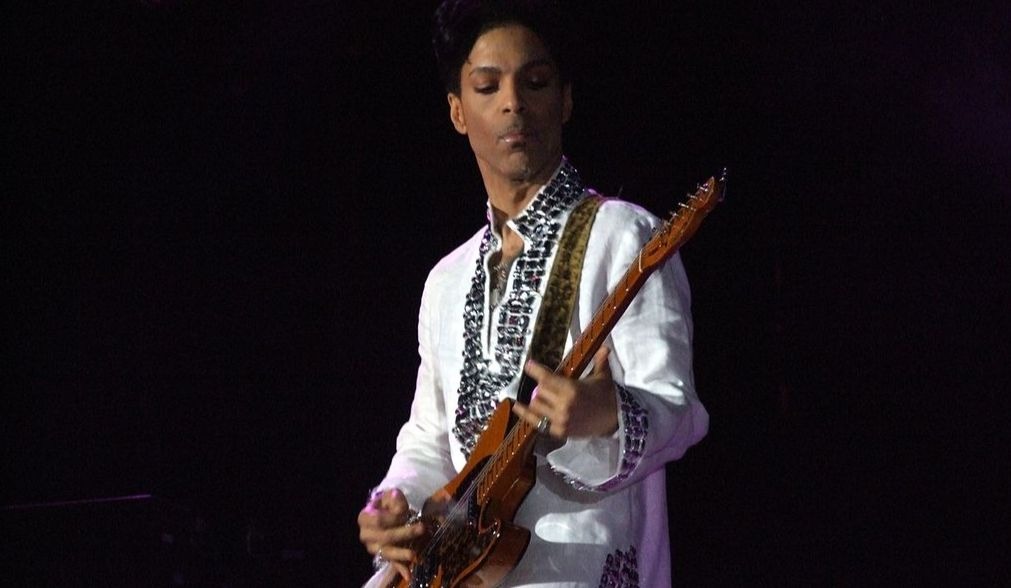 Prince’s birthday was on June 7. He died too young, in his 50s, like my dad. Prince died of an overdose of the drug fentanyl — an opioid — in April 2016. Father’s Day is in June, and the anniversary of my dad’s death is not long after that, July 29.

My dad, who died in 2003 at age 55, was on painkillers at the end, but that’s not what killed him. He had cancer — non-Hodgkin’s lymphoma. When someone asked him his age that year, he said, “I’m 55. I’ll be 56 in December.” Then he paused and said, “Oh, wait, I won’t. I’m not going to be alive by then.” He wasn’t being melodramatic, he was simply stating a fact. At that point, terms like hospice and quality of life were being used.

I remember trying to get him a gift for Father’s Day that year, which was nearly impossible, because he wasn’t able to do much at that point. I could barely buy him a card, because Hallmark just doesn’t make a card that says I love you so much and this will probably be the last time I celebrate Father’s Day with you, please don’t die. If memory serves correctly, I ended up buying him a travel Scrabble game, hoping he could play it from his hospital bed. But he was too foggy even for that.

Father’s Day, of course, always makes me miss my dad. It always makes me miss Prince, too. I guess I can’t really say I miss someone I didn’t know. A lot of people have a distinct memory of hearing their first Prince song or buying their first Prince album, but to me, he was just always kind of there, the background music of my childhood. And somewhere along the way, I went from passive listening to actively buying his albums. I remember being at the house of my parents’ friends, and hanging out with their two daughters who had a vinyl copy of “Purple Rain.” They weren’t allowed to listen to “Darling Nikki,” and they’d dutifully skip over that song. Their parents seemed unaware that the lyrics to the other songs were just as suggestive.

I remember stumbling upon a Prince album at home, too. My dad had a lot of records, mostly from the 60s and 70s. He had the Beatles, Rolling Stones, Jimi Hendrix — that sort of thing. An early Prince album, “Dirty Mind,” somehow made its way into the collection. I still have the album, and most of my dad’s old record collection, too.

‘Both Prince and my dad are abstract concepts to my son.’

My father was certainly not a musical genius, although he’d taken a few guitar lessons. He used to play songs for me and my sister on his old acoustic guitar. We’d sit in the bathtub and listen to him play, and we’d make requests from his limited but enthusiastic repertoire (“On Top of Old Smokey” and the like). He knew maybe 5 chords. A particular favorite was the old sea chanty “What Shall We Do With a Drunken Sailor?” (perhaps not traditionally thought of as children’s music). I have dad’s old guitar, too, along with its battered old hard-shell case. Tucked into the case are pages of faded mimeographed sheet music, the chords and lyrics printed in a pale purple on slick, thin paper. Sometimes I give “Drunken Sailor” a try myself. I, too, can play about five chords; ok, maybe 10. That’s really all you need, though, to make your way through quite a few songs. Not necessarily Prince songs, though.

Everyone says Prince was “a musical genius,” but it’s true. He played multiple instruments, he wrote, he produced; he had special keyboards and that one-of-a-kind custom-made guitar. He seamlessly blended pop, rock, funk, hip-hop, jazz, so many styles and influences and genres. Don’t get me started on how Prince always had women in his bands and championed and mentored a lot of female musicians. Plus, he worked with a female recording engineer, Susan Rogers.

I’ve been reading the excellent book “Dig If You Will the Picture: Funk, Sex, God and Genius in the Music of Prince” by Ben Greenman. Reading this book about Prince made me also remember some of his quirks. As Greenman tells it, Prince was often deliberately inscrutable (he lied about his age early on, and his racial background, and he famously liked to mess with people’s perceptions of gender and sexuality). He was also, quietly, generous and funny. 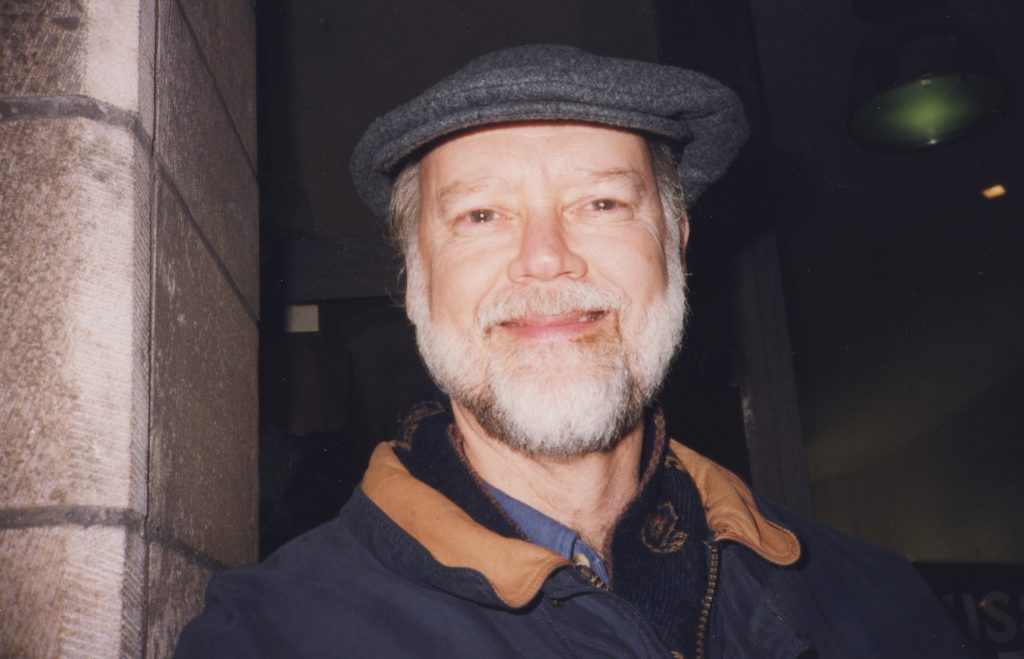 Unlike Prince, my dad was a white guy from New England, and he had two kids. Like Prince, he came from a working-class background but he did alright for himself in the end. Also like Prince, my dad was known for his generosity and open-mindedness and sense of humor. He would change anyone’s flat tire. He would manage to find a summer job for any teenager who needed one. Like Prince, he didn’t care if you were black or white, straight or gay. He was happiest when everyone around him was happy. He just wanted everyone to have some good food, a nice time, some walking-around money.

Both Prince and my dad are abstract concepts to my son. They’re seen and heard only in photos and songs. My son, who never got the chance to meet his grandfather, went through a phase where he seemed kind of obsessed with death – it coincided with him learning about dinosaurs and how they went extinct. He kept asking me if various people had died – a friend we hadn’t seen in a few months, people on the covers of magazines, musicians on the radio. Once I was listening to Prince (before he died); my son asked “Who is that singing? Did he die?” He would ask about his grandfather and why he never got to meet him. “Did he die?” I didn’t sugarcoat it. I said, “Yes, honey, unfortunately, he did die. But he would have loved you very much, and you would have loved him. He was lots of fun. He liked to get into mischief, and he also would have loved to play ball with you.”

This is what I have left of my dad: his vinyl records, his old guitar. Another one of my dad’s friends (he had a lot of friends), a geneticist, came up to me at his funeral. She hugged me, and took my face in her hands and said, “You know, you have his eyes. You have his sense of humor, and his intellect. You have his DNA. He lives on in you.” So I guess I have that, too.

Prince’s son, Boy Gregory Nelson, only lived for a week. No one alive has Prince’s DNA, so far as we know. This is what we have left of Prince: we have his music, and our memories of its role in our lives. Jim Irsay, the owner of the Indianapolis Colts, bought Prince’s famous “cloud guitar” for $137,500. This seems, to me, grossly undervalued. My dad’s guitar, of course, is not worth anything to anyone other than me. It’s just an old battered guitar that hasn’t really been properly stored or particularly cared for over the years, aside from me occasionally attempting to clean it, put new strings on it, and tune it up. Even that, though, happens rarely.

Sometimes I play records from my dad’s collection. My son can listen to them with me while I tell him about his grandfather. He won’t have any biographies written about him. Whatever he left me — artifact, memory, DNA — is mine, though. I’ll take it and keep it and pass it on.

Janine Annett is a writer who lives in New York with her husband, son, and dog. Her work has appeared in the New York Times, McSweeney’s Internet Tendency, Real Simple, The Rumpus, and many other places. Her website is janineannett.com.