Any vehicle can become a haven for dealing with loss if you just put your mind to it. 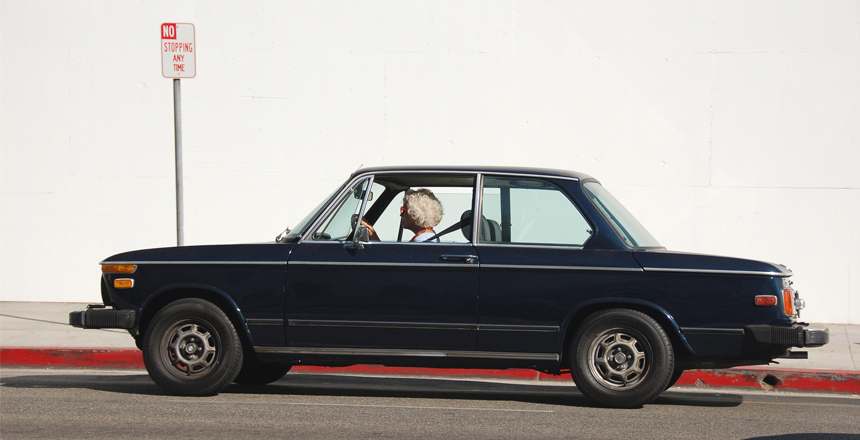 For years, I’ve noticed that modern Americans rarely display grief in public. Funerals I have attended mostly feature quiet sobbing, muffled sniffling, and the furtive sound of hands fumbling through purses in search of partially-used but viable tissues. I’ve often wondered how and when people let out their grief, and where they do it.

Now I have at least one answer to that question.

My brother died at the age of 46, killed by a drunk driver early one Saturday morning in June of 2014. That summer I eulogized him at two different services — one halfway across the country where he had most recently lived, and one in Maryland at a church my family had attended since the early 1970s. At the first service, six days after his death, I didn’t cry — maybe because I wanted to speak coherently, or because I only knew a handful of the hundreds of people who filled the church, or perhaps I was simply in shock. At the second, two months later, I knew nearly everyone in attendance. I fell apart before the service even began, when a devastated friend of my brother’s hugged me in a back corner of the church, and then again on my cousin’s shoulder as we sat in the pews listening to my husband sing the Donny Hathaway version of “For All We Know,” his voice soaring through the rafters. During the reception and for the remainder of the night, my emotions felt physically distant, somehow separated from me.

READ: Coming Out of the Grief Closet

The next morning the rest of my family headed north and home, but I was scheduled to give an educational workshop in Virginia, so I said goodbye to everyone and settled into my rental car — by myself. As soon as I hit Route 95 heading south, all self-control and propriety went out the window. Cycles of gut-churning feelings would come over me, and I would burst into tears — really burst — like something alien took over my body and exploded through my face. I felt  powerless to stop it. Plain old crying felt about as helpful as a Band-Aid on a compound fracture, so I yelled and screamed myself hoarse. I stopped at random gas stations throughout the 150-mile trip to ride out my sobbing. When I arrived in Charlottesville three hours later, I was spent, but calmer, and that’s when I realized: People must be grieving in their cars. Thank goodness for my rental—a clean, white, stubby four-door sedan—my temporary safe haven.

In the year and a half since my brother’s death, I’ve learned that it wasn’t just my rental car that gave me permission to let things out. Any vehicle can be a Griefmobile. My grief comes on most intensely when I am alone, as I often am when driving in my blue Honda minivan after dropping a child off somewhere. Usually something triggers the surge of emotion, like a particular song (I believe my brother sends me messages through songs that pop up when my iTunes is set on shuffle). Or a car that looks like the one my brother drove, the same car he also died in. Sometimes I see that make, model, and color of car whole and driving along, with a whole-and-driving-along driver inside of it, and I have to let it out. I scream questions at the universe, God, other people in cars around me, my brother, the driver who hit his car. “Why do you get to drive that car and my brother doesn’t?” “Frank, where are you?” “How is this my life?”

No matter how intense my questions get, my Griefmobile comes to the rescue, with available music, clean tissues, and much-needed privacy. Though windows surround me, I feel safe and secluded—not much is visible through the tinted side windows, especially when the car is moving or I’m driving after dark. Even when I’ve got an older child in the front seat, I can take a moment without calling much attention to myself — I’ll flip my hair over the right side of my face to provide a little shield. It’s not that I don’t cry in front of my kids — I do. But sometimes, especially on a ten-minute drive to Shop-Rite, it feels easier to keep it under wraps.

I’m still not sure why I don’t grieve much around other people; I don’t seem to have much control over that choice, so I accept it. I am grateful for the on-demand safe space my Griefmobile offers. I keep a box of tissues between the front seats. And if I notice people at the steering wheel of their Griefmobiles, I might salute them, with an open palm that says, “I get you, I’m with you, I honor you.” Drive safe.

Sarah Lyman Kravits blogs about coping with grief, cancer, and crisis at www.lifewithoutjudgment.com and leads grief management workshops. As a board member and the Sibling Coordinator for the Bereaved Parents of the USA, she is working to increase support for bereaved siblings nationwide. Follow her on Twitter @slymankravits or on Facebook at Life Without Judgment.