The Autopsy Report Should Have Been Anticlimactic. It Was Anything But.

My beloved husband died, leaving me with three children and another on the way. But it was a letter from the coroner’s office that did me in. 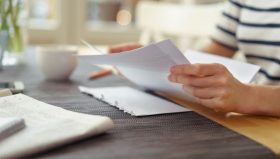 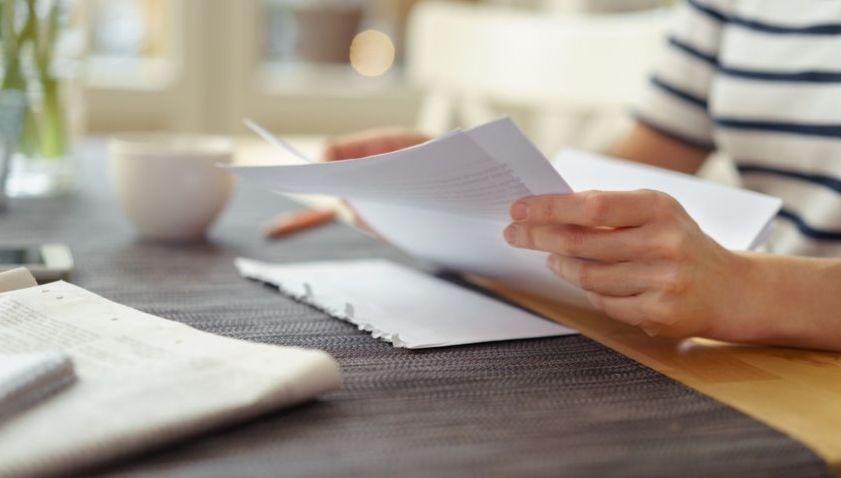 Finding my husband, Keith, dead, presumably from a heart attack, briefly topped my “Saddest Things Ever” list. But its first-place status didn’t last long. Telling our three children, who were 10, 9, and 2 years old at the time, was worse, as was having a baby three weeks later without him by my side.

Reading the results of Keith’s autopsy should have been anticlimactic.

The only reason I even requested one was because I couldn’t accept the heart attack explanation. If my 40-year-old husband had to die, I desperately hoped he’d been felled by a rare, ferocious foe. Not some mundane ailment about which I could berate myself for missing all the telltale signs.

Two months on, my fleeting celebrity as the subdivision’s calamity queen was all but over and the reality of my loathsome ‘new normal’ was settling hard around me like quick-dry cement. Overnight I’d become a single mother of four. Even worse, I’d been a stay-at-home mom for the past 10 years as we’d moved from city to city for Keith’s work. Now, somehow, I was going to have to find a job myself.

I didn’t even know how to turn on our home computer.

READ: Our Double-Widowed ‘I Love You’

These were the scary thoughts that chased me all day, every day since he’d died, including the afternoon I trudged down the drive to the mailbox, yanked open the hinged door, and shuffled through the usual clutter of bills, junk mail, and lawn care solicitations. Innocently mixed in among them was a letter from the Franklin County Coroner’s Office. 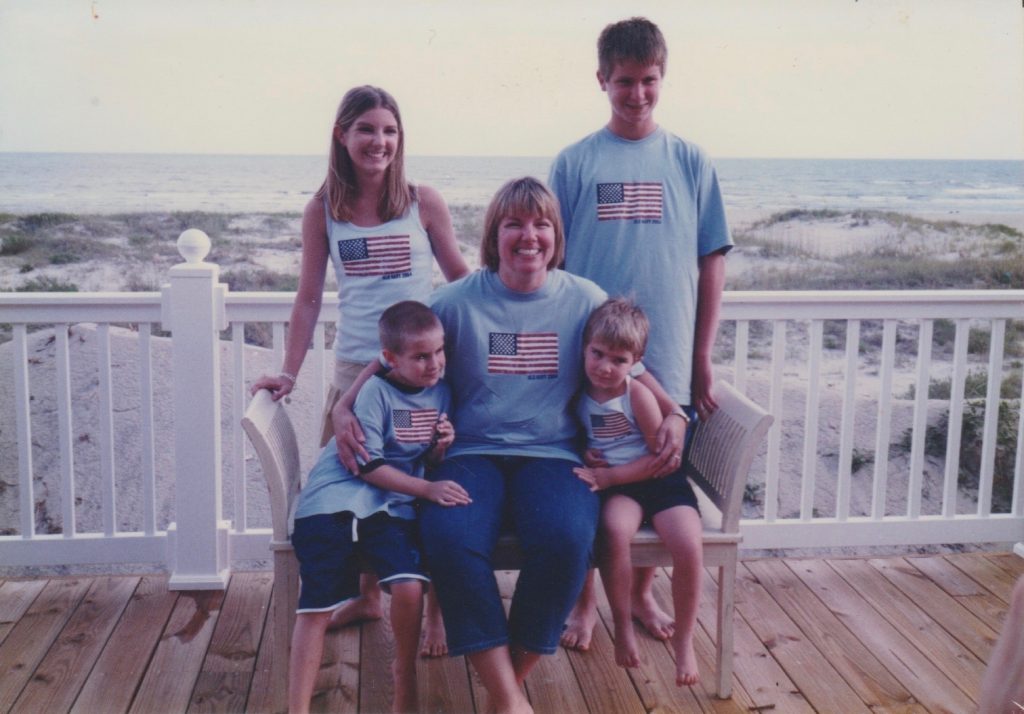 The author with her children (Courtesy of Margaret Feike)

“About time,” I muttered as I tore open the envelope and began scanning. NAME, ADDRESS, blah blah blah.

There was only one line I was looking for and it grabbed me by the eyeballs:

CAUSE AND MANNER OF DEATH:

What??? Hardening of the arteries? But that was an old man’s disease. Something that took place over…

So much for the Ebola diagnosis I’d been praying for.

I should have stopped then, put it away for another time. I’d gotten my answer, even if I didn’t like it. But instead, I turned the page.

And without warning, things got real.

Until that moment, I’d only ever considered an autopsy in the most distant, abstract way. Not unlike the way, until recently, I’d viewed death. Certainly not like the barbaric act I was now visualizing as if I’d disassembled and dissected my beautiful blond-haired, blue-eyed husband myself all the while noting weights and sizes and colors and shapes of his body parts.

READ: Comparing Myself To Sitcom Widows

What I was reading was obscene, beyond debasing. Had I been by his side I would have put an end to that butcher fest. I’d sue the coroner’s office, I thought, for what they did to Keith. 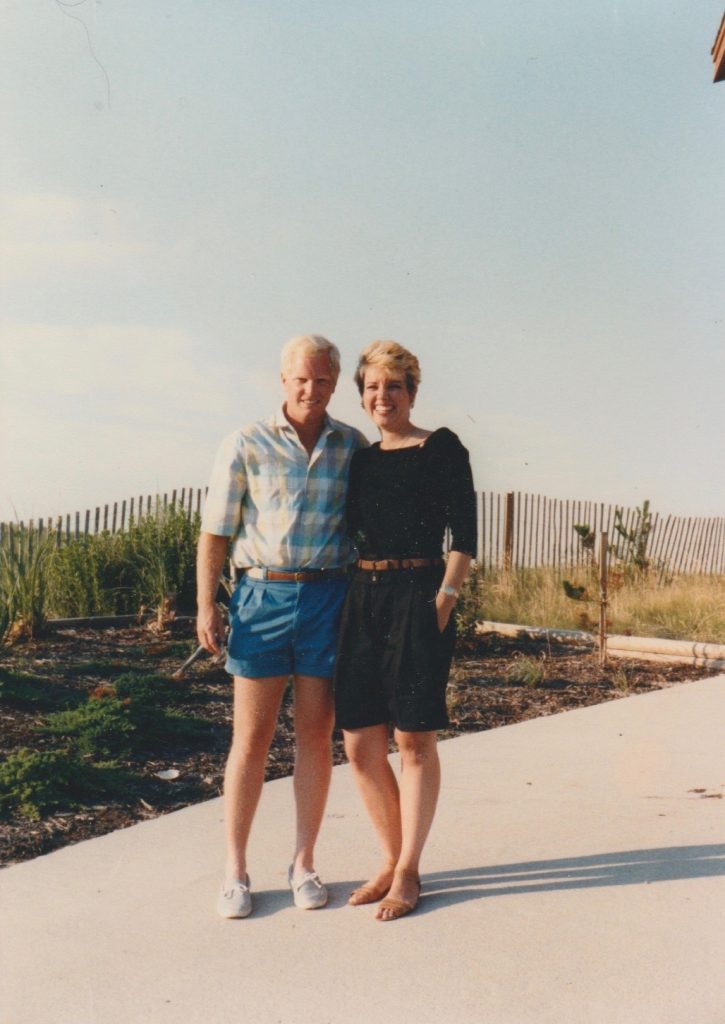 The author and her late husband. (Courtesy of Margaret Feike)

He was still Keith. I could never think of him as a corpse.

That’s when I sensed a noxious odor in my kitchen. I felt a rapidly growing numbness behind my eyes and tightness in my chest.

My legs gave way. The three pages I’d been holding fluttered out of my hand. The words on those pages had inflicted blunt force trauma, physically driving me to the very ground. And I hadn’t even finished reading the darn thing.

I’d just head-butted the family room sofa when one of my kids tumbled through the sliding glass doors and yelled “Mom! What’s wrong?”

“Call 911,” I croaked. I was sure I was having a heart attack. My poor children were about to become orphans, I thought, and all thanks to me and my stubborn ideas.

Before I could fixate any more on what the coroner’s office had put Keith through, the EMTs arrived.

They determined I was having a panic attack. Its symptoms often mimic those of a heart attack, they told me. The crew made sure I wasn’t dying. One of them took my blood pressure, another listened to my heart, and all three nodded knowingly as I explained what I’d been doing just before the attack occurred.

After giving me some advice about breathing techniques in the event this ever happened again, they were out the door and on to the next crisis.

A few weeks after I’d calmed down, I called the forensic pathologist. For some reason I had to hear the voice of the man who had been more physically intimate with my husband than I’d ever been.

Particularly with his cardiovascular system.

According to the report Keith’s heart weighed 470 grams. It was normally shaped.

But then there was this line: remote subendocardial infarction.

And regarding his arteries: Severe atherosclerosis (80%–85% occlusion of lumen).

The doctor — I was surprised to learn he was also a physician with his own private practice — was patient and kind.

The remote infarction? This was evidence of a previous heart attack, sometime in the last six months. He’d had one without even knowing it.

He asked me if there was a family history of heart problems. Because that would go a long way toward explaining the presence of atherosclerosis at such a young age.

Turned out the good doctor was correct. Keith’s estranged father had triple bypass surgery at the age of 38. Our four children were potentially at higher risk for heart problems as well, he advised.

“I stuffed those three traitorous pages deep in a desk drawer. Any time I was near it I swore I could hear them taunting me, ‘Wimp! Why can’t you read us? We’re just a bunch of words.’”

After the EMTs left the day of my pseudo heart attack, I stuffed those three traitorous pages deep in a desk drawer. Any time I was near it I swore I could hear them taunting me, bumping and thumping around, hissing, “Wimp! Why can’t you read us? We’re just a bunch of words.”

It has been nearly two decades since Keith’s death and it took almost half that time before I finally felt comfortable enough to read his autopsy in its entirety, without feeling like I might faint. The words are just as powerful; reading them still instantly transports me back to that nightmarish time in my life.

But I no longer view his autopsy as a grim necessity, a means to an end.

Rather, I consider it a sacred text. It’s the last word on the man I was blessed to have in my life for the 12 brief years we were together. Painful though it was to read, it’s also a reminder that what I loved most about Keith had nothing to do with his physical self. And that’s the part of him that’s with me still.

Margaret Feike writes and lives in Columbus, Ohio, with the two youngest of her and Keith’s four children. Her work has appeared in publications including Ladies Home Journal and Salon. She is putting the finishing touches on a memoir about the year following the sudden death of her husband titled “Bad Widow.”