Time Machine in a Timepiece

In telling me he wanted me to have his beloved watch, Dad was also letting me know this whole father-daughter dance was wrapping up. 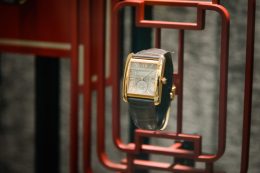 “I don’t know why you don’t get that watch fixed,” my husband implored, glancing down at his own TIMEX or SPLENDA or whatever brand it is that he researched and decided was worth the $250 price tag. “Which is nothing for a good watch,” he told me, “Nothing.”

My father’s watch was something — a Cartier “Tank,” that I’d left in the blue Tiffany felt bag it was handed to me in and which I’d left mostly unnoticed in the back of a bedroom drawer for two decades.

I remember the moment my father told me he wanted me to have it. He knew he was dying, having made the decision to stop the chemo that was ravaging his body along with whatever else it was fighting. We were driving. Well, he was. I was in the passenger seat. He was a lefty, and must have been wearing the watch his right wrist because I recall him looking down at his right wrist holding the steering wheel on the side closest to me.

“I want you to have this,” he said, adjusting it slightly at a red light. 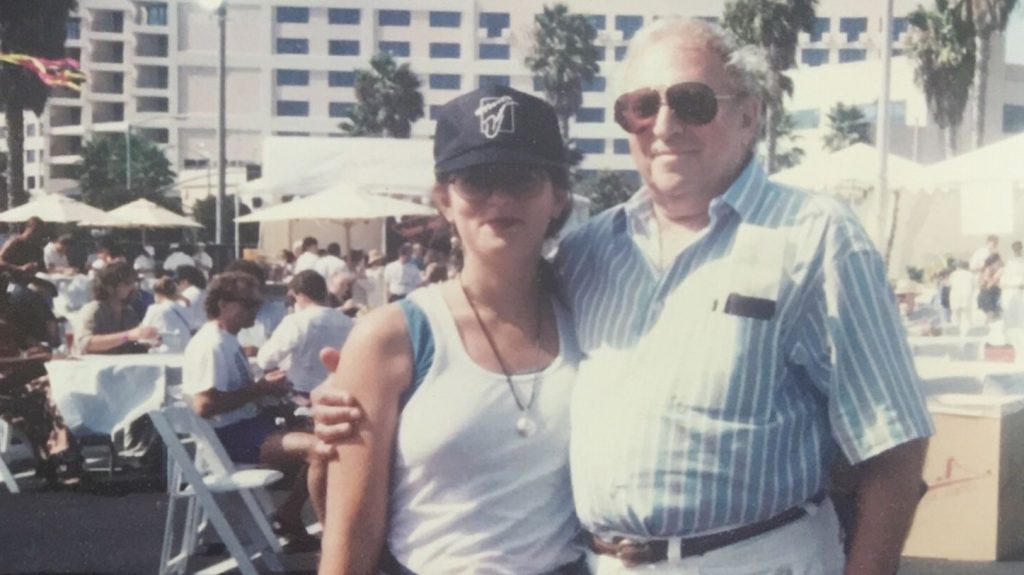 The author and her late father (Courtesy of Dani Klein Modisett)

We never talked about him dying, about the whole father-daughter dance wrapping up. But he loved that watch — I rarely saw him without it — so letting me know it was coming to me was also letting me know how aware he was that the sands were running through the hourglass for his life.

It’s odd to look at this timepiece now. As the silver band drapes over my wrist I am thrown back to the 1970s, the prime of his life. Securing the clasp I can’t help but think how the inside of it, the back of the face, touched my father’s skin daily for many, many years.

My father wasn’t a materialistic man, but he loved his status symbols. His brown Cadillac in the late 60s, his grey Mercedes in the 80s, and his Cartier watch. He even bought my mother one, the ladies version, smaller, more delicate for a finer wrist. Like my sister’s. She took that one after cleaning out my mother’s apartment last year. Not sure if my father bought if for my mother or they bought them together — his and hers, maybe to celebrate closing a real estate deal.

They opened a real estate company in Connecticut after leaving Manhattan in 1972. My mother hadn’t planned on working. She had planned on not needing to work. On marrying an older man, 14 years older to be exact, and having him take care of her like all the other smart girls did on the Upper West Side. My father didn’t turn out to be the moneyed man she had anticipated. He didn’t read people well in business, didn’t have the entitled confidence of the “college boys” as he called them, since he wasn’t educated past high school. And he was honest, perhaps to a fault. He didn’t make highly lucrative business decisions, and my mother never let him forget it.

The watches were a good decision though. Purchased at Tiffany’s, they kept the paperwork. Before Alzheimer’s, when my mother was still in her right mind, she used to tell me to sell it, “Worth a lot of money, that watch.” 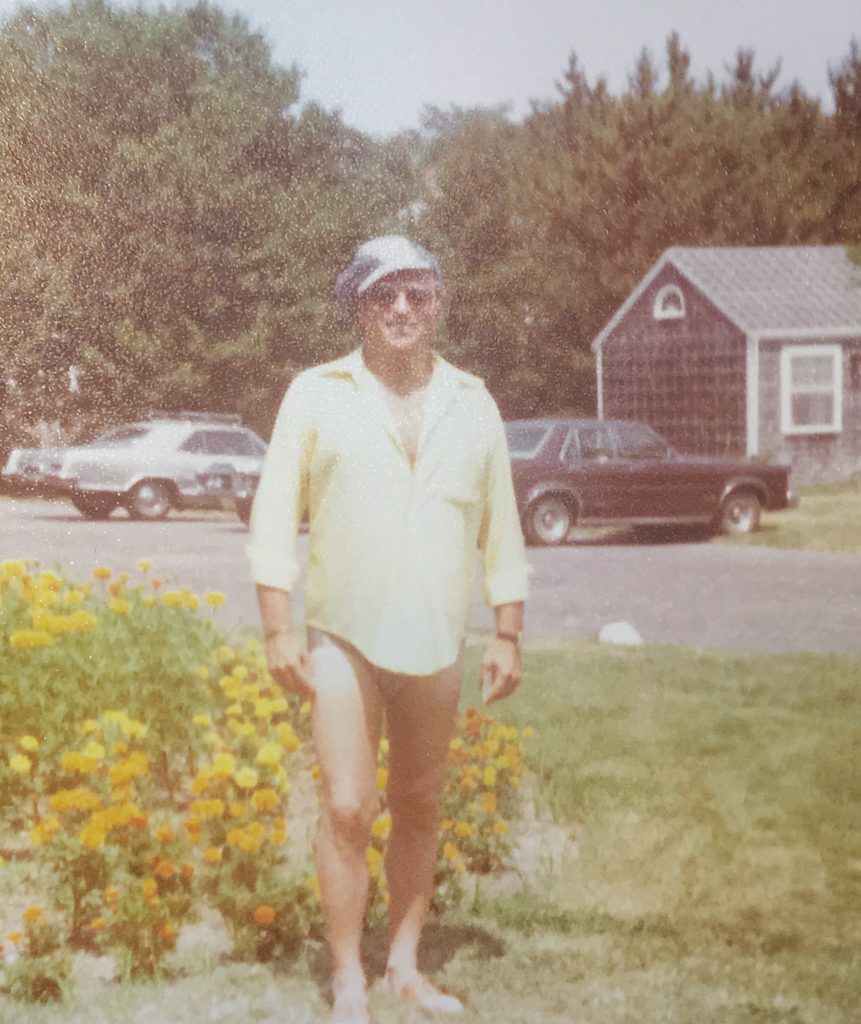 I wasn’t going to sell it. Unless, God-forbid, we needed the money to keep one of my children alive. I have no idea where this morbid idea came from, but the watch felt like my secret life-insurance policy. It seems early on I had shown it to my husband, Tod, because when he started getting curious about watches he researched it in the way that he researches every detail of something when he decides it has value.

READ: What to Keep When Someone Dies

I probably wouldn’t have looked at this relic for another 20 years, unless, you know, we needed that insurance policy. But lately, I’ve been grieving my father’s death again in that singular way that grief can just creep back into your life, at birthdays, or anniversaries, or seeing the inside of a bagel scooped out. My father loved food. He also hated that he loved food. He and my mother shared their contempt for their outsized appetites and the havoc it wreaked on their bodies. Even though my father was very clear about how much he loved my mother’s pear shape. I rarely heard her say anything about my father that was kind, except “Your father has a great smile. And beautiful blue eyes.” I do remember her saying that once or twice, usually while holding a photograph of him.

Looking at the watch now reminds me of that man with the beautiful blue eyes and his sweaty, salty skin in the summer. It reminds me of Bain de Soleil and Westport, Connecticut, the town he loved and sitting next to him in his Mercedes and how special he made me feel that day in the car offering it to me. This object that sat on his pulse for many years and gave him a sense of belonging, a feeling of being part of “big business,” a member of the elite. That he wanted me to have it and hold it after he passed means more to me than I ever would have imagined.

Dani Klein Modisett is a writer, comic, actor, mother, wife, daughter, sister and driver who plays out combinations of these roles living in Los Angeles. She is also the author of two books about the importance of laughter in family life, “Take My Spouse, Please,”  and “Afterbirth…stories you won’t read in a parenting magazine.”  Currently, she is bringing laughter to Alzheimer’s sufferers and healthcare communities with “The Laughter On Call.” For more about Dani visit kleincomedy.com or laughteroncall.com.