After Dad died, my body felt numb. But my breasts soldiered on to feed my baby, his namesake. 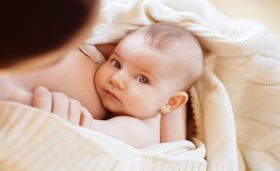 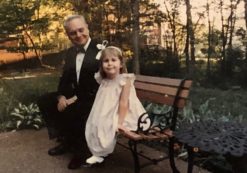 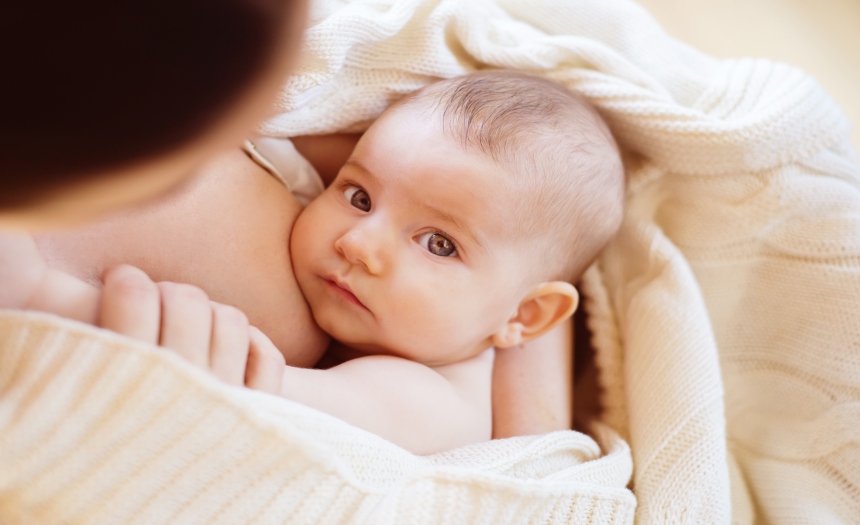 Letting go has never been my forte. If wardrobe hackers ever tapped into my t-shirt drawer, they could easily determine which music festivals I’ve attended over the past decade, as well as what clubs I belonged to in college, and how many corporate retreats I’ve endured. I am probably the only person under age 65 who still has an AOL account. And there are enough back issues of Southern Living in my bookshelves to start a forest fire.

Yet through my childhood and early adulthood, the valuable I most dreaded giving up wasn’t a thing, it was a person — my dad. By the time I entered kindergarten, my dad was already 60, the same age as most of my friends’ grandparents. My mom was in her early 30s, which also seemed old to me, but reasonably old. Not ancient. As a child, I perceived that ancient people, such as grandparents, tottered steps away from the eternal abyss. Old people might have a few good years left.

Technically, Dad was my stepfather. My biological father, who had been a more typical dad-age, died of pancreatic cancer before I was born. My mom remarried a couple of years later.

Despite our half-century age gap, Dad and I were buddies from the start. We chuckled when kind strangers noticed our camaraderie and cooed, “Aren’t granddaughters special?” In his sporty black convertible (another late-in-life acquisition), we rocked out to Delbert McClinton and The Beatles. 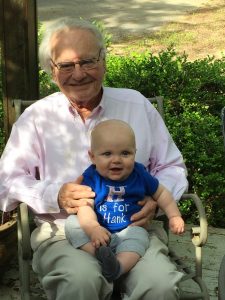 When my son was born in late 2014, it was an easy decision to name him Hank, after Dad. Big Hank adored Little Hank but could never remember the baby’s name. Three months after my son’s birth, a stroke wiped out Dad’s short-term memory and most of his vocabulary. He died a little less than a year later.

It’s fair to say that I was better prepared for my dad’s death than I was for parenthood. After all, I’d anticipated losing Dad for most of my life. In contrast, I’d only changed a few diapers in the 34 years prior to my son’s arrival. Still, in the months following my dad’s death, I struggled to handle both roles—new mom and fatherless daughter. I choked through endless games of peekaboo during the day, then cried while singing “Somewhere” (that mournful tune from “West Side Story”) next to Hank’s crib at night. Dad and I had loved musicals.

One facet of parenting I managed well was breastfeeding. My body felt numb, but my breasts soldiered on, and Hank indulged as often as I’d let him. I’d never intended to be a mom who breastfed until her child could expound on which breast he preferred and why. But months passed, then a whole year, and I didn’t wean.

It wasn’t that I enjoyed the physical act of breastfeeding much. Hank had been slow to latch in his early infancy, and I’d developed mastitis when he was a couple of months old. But when he finally got the hang of feeding, he pursued it with the ardor of a groupie. My breasts were the Grateful Dead, and my son would lunge for them wherever they went. In the mall, in the car, on vacation. Rain or shine. 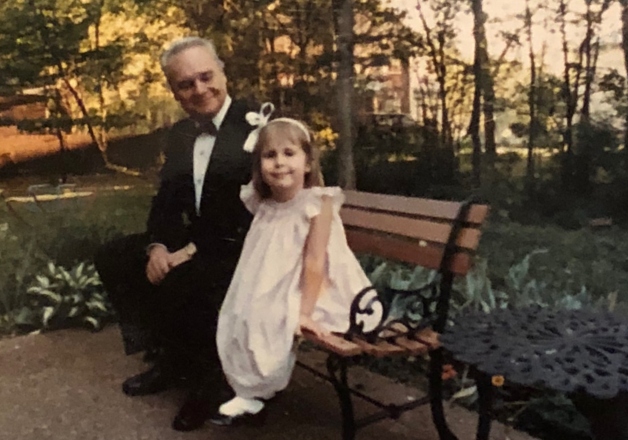 Jesse and her dad. (Courtesy of Jesse Anna Bornemann)

I imagined that the stress of denying Hank his favorite pastime, combined with the hulking burden of my grief, would be more than I could take. I didn’t have the energy.

Meanwhile, my productive body lost all of its fat reserves, then chewed away at my muscle. I’ve nearly always been thin, and mourning Dad killed whatever appetite I could summon. While my voracious toddler got chunkier, I wasted away.

Soon after Hank’s third birthday, I experienced a health scare—a period that wouldn’t stop. Multiple medical appointments later, I discovered I was having a miscarriage. Or rather, an ectopic pregnancy. The fertilized egg growing in my fallopian tube not only wasn’t viable, but also, my obstetrician explained as delicately as possible, could rupture and cause big problems. 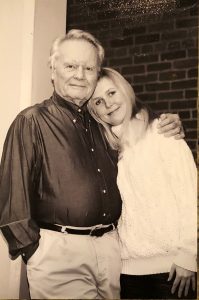 Jesse and her dad. (Courtesy of Jesse Anna Bornemann)

I was treated with methotrexate, an injection that stops cell growth. Since the drug is transmittable through breast milk, breastfeeding was suddenly not an option. “Mama milk is sick,” I told Hank, when he reached for my shirt. I held my breath and waited for hysterics. But instead, my toddler just sighed, “OK.” He pointed toward the fridge. “Chocolate milk?”

“When you’re in your 60s, Jesse,” Dad had told me. “I want you to think about something. I want you to tell yourself, ‘When my dad was old and gray, he got to take care of an adorable little baby. Isn’t that wonderful?’’’

I’m inclined to substitute “tiring” for “wonderful,” but being a mom has taught me something. About loving hard, and also letting go.

Jesse Anna Bornemann divides her time between grant writing and composing children’s poetry. Her poems have been featured in Highlights for Children and on the early learning website ABCmouse.com. She lives in Sewanee, Tennessee with her husband and 3-year-old son. You can follow her on Twitter at @rhymeswithmessy.

This essay is part of our Grief Bacon series, about how grief affects the body.