My husband’s hands were the cool compress that soothed my migraines. After his opiate overdose, I’m struggling to replace his healing touch with my own. 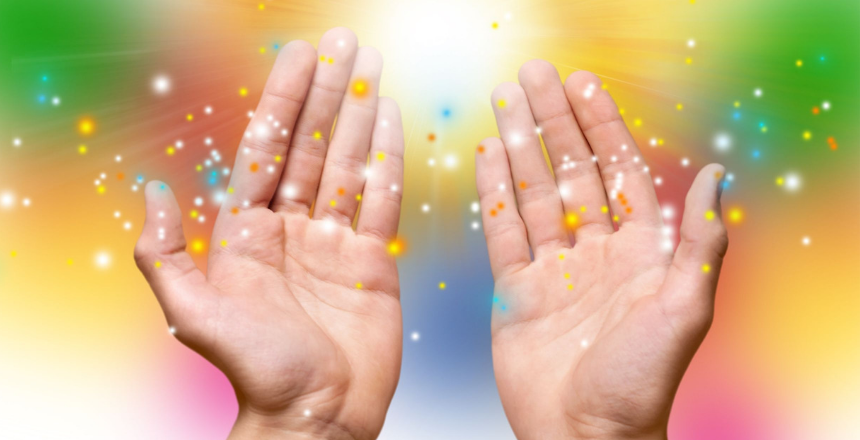 Migraines run in my family. Growing up, they were the only ailment that ever forced my mother out of commission. She’d power through a stomach bug or cold, but the migraine’s white, popping focal auras and drilling pain forced her to retreat to her bedroom. Door shut. Lights off. My brother and I knew to leave her alone. That if we played with my toy horses down the hall, we had to run the farm silently.

Our house felt quiet, lesser, without her fully in it. It made me uneasy, like the cream colored walls lining the hallway were waiting to crumble. I needed to tiptoe down the carpet to her door, sock feet stepping over the squeaky spot by the top of the stairs, and turn the knob slowly so it wouldn’t whine and announce me. Leaning one eye towards the crack, I saw my mother resting in bed with a heavy copy of Southern Living magazine balanced on her forehead. The pages didn’t move with her delicate breaths. I shut the door as slowly as I opened it, waiting to pull my palm away from the cool brass knob until I heard the latch slide into place.

The next morning, my mother bounded into our bedrooms, singing Oh What A Beautiful Morning to wake us up like she had never been unwell. The night, and the magazine, fixed her.

As an adult, I have chronic headaches — a constant pounding above my right eye. Like a nail going in through the skull, tapped in slowly by a rubber mallet into the groove behind my optic nerve. The only thing that makes them go away is 800mg of Ibuprofen, and an extended nap.

If my head hurts too badly to fall asleep, I try my mother’s magazine technique. I don’t subscribe to Southern Living, but pull a book from my nightstand instead. Hardcovers work best. One afternoon when a headache forced me to retreat to the bedroom, my husband walked in to find me lying silently in the dark with Riding Equitation resting over my right eye.

“Does that work?” he whispered as he stood over me, looking down at the picture of a horse leaping over a hedge on the book’s glossy cover.

“I think the pressure helps a bit,” I answered. As my lips moved, the book wobbled on my forehead.

Sunlight peeked through cracks in the window blinds. My husband sat down by my side, lowering his body carefully on the worn, springy mattress so he didn’t jostle me. Taking the book off my head, he replaced it with his palm. He pressed down gently – fingers softly draped around the curve of my forehead. He sat with me like that until I could fall asleep. I breathed slowly in the dying light of the late afternoon. The pressure of his palm calmed the throbbing.

He’s been dead for almost three years. Overdose. When my mother calls, she asks me what my weekend plans are. Tries to see if I’m dating again. I don’t tell her about my headaches.

Two days before my husband died, he wobbled into our bedroom with his hand pressed up against his forehead.

“This is the worst headache I’ve ever had.”

He stood in the doorway with a wild expression, like he was stuck and afraid to go forward. Had to be using again, but I didn’t want to believe that. I looked into his eyes, his bay pupils glossy and grasping. A week earlier, I found him blue and sputtering on the floor. Opiates. I called 911, and they revived him. The night he stood in the doorway, frozen by the headache, I walked up to him and pulled his hand down.

“I’m scared,” I whispered. I ran my finger down the soft, plump curve under his thumb. His hand felt hollow, light as I held it between us.

I put him to bed. After he fell asleep, I listened to him breathe for a long time. I was more than uneasy. I watched his chest climb with each pull. Waited for the steady release. I needed to know he’d keep breathing. Needed to believe the walls around us weren’t waiting to crumble. Needed him to wake up singing in the morning.

Two days later, I would find him collapsed on the floor again and when I called 911 to revive him, it wouldn’t work.

Last night, I went to bed drunk with a searing headache and passed out before I could grab a heavy book for my forehead. Fueled by alcohol and anxiety, I dreamt a manic dream. In it, I walked through a crowd of nameless bodies. Fictional bodies. Forgotten bodies. Ones from the future. Ones I hadn’t yet met.

In the middle of the crowd, my late husband walked up to me. We faced each other. His eyes were bright and opaque. We didn’t speak. He lifted up his hand, and pressed his palm on my forehead. His fingertips draped the curve of my skull. The pressure calmed the throbbing.

I woke up in the middle of the night staring at a stack of pillows on the empty side of my bed. A light sheet draped over my legs, cool from the ceiling fan. My head pounded. I took my palm, placed it on my forehead, and applied pressure.

The room was quiet, lesser. Walls long crumbled to dust. I wanted to go back to sleep, but my eyes wouldn’t stay shut. I looked at the empty space in the bed with my palm pressed to my head. I wanted to wake up singing in the morning. I wanted night to fix me.

Lauren Mauldin is a creative nonfiction MFA candidate at the University of California Riverside, and editor for the equestrian publication, The Plaid Horse. She has recently finished a memoir, Animalistic, about her experiences as a thirty-year-old widow after losing her husband to opiate addiction.