After my husband’s sudden death, I ate, drank and sobbed my way through entirely unstable territory. 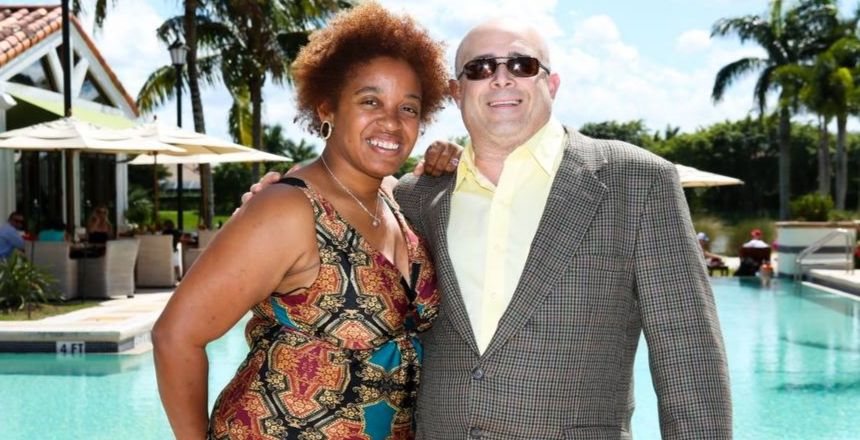 Scott’s death ushers in an awful, awful historical period – The Grief Cake Period, so named for all of the cake and booze and carbs and anything not nailed down that I will consume. During the next two months, I will gain ten pounds, stop sleeping, and become way too familiar with the staff at the dive bar across the street, right next to the pie shop. As well as with the staff at the pie shop.

I’m not all that picky about the source of the indulgence,  My friend Melanie from Baltimore, who materializes at our home in Florida  the night Scott dies, keeps showing up right behind me like a gift-bearing sprite. On this day, she’s next to me with a bottle of Fireball whiskey, the little devil on the label peeking out of the brown paper bag she’s holding. Fireball, to me, tastes like Red Hots and vengeance, so I’m skeptical.

“You look like a wino,” I say as she opens the creaky screenless screen door to our backyard and beckons me to follow her. “We really gonna be out here slugging Fireball out a paper bag with all these people in the house?”

Mel smiles, chugs a chug, and hands it to me.

“Yes, we are. And who would blame you right now? You can do whatever the hell you want.”

The lady has a point. “Isn’t Fireball a thing for drunk twenty-one-year-olds?”

I look inside at all the people milling around, trying to be useful and take away at least a little of this mountain of hurt. And then I look back at my friend trying to do the same thing with this ridiculous bottle. I’m tired of thinking, of being sad.

No one knows how to make it right, and they can’t crawl into my grief with me because they can’t and because nobody would want to because it smells like booze and feet and old cake in here.

I take a slug.

“Oww!” I sputter, wiping my mouth like I’ve been bitten. “That’s awful.”

“Well, in my defense, I like it,” Melanie says, taking her bottle back. “And now you feel something, don’t you?”

Yes. I feel like someone just blasted liquefied cinnamon into my lungs with a blowtorch. But it beats abject misery.

I am officially the Crazy Widow Zervitz, so how can I be expected to act normal? Normal is toast. I’m in new, unstable territory, eating and drinking and sobbing my way through whatever the hell is happening to me. I’ll be greeting guests and thanking them for coming over like I’m hosting brunch, then abruptly end conversations with “I’m sorry, I have to go now,” so I can run up the hall to lie down in the dark, because if I don’t escape I’m going to disintegrate or slap folks.

I’m becoming way too comfortable with feeling out of control. I know that I should be more polite, less buzzed, more present. But I can’t do it. And I’m sort of sorry about it, but…really, I’m not that sorry.

When Brooks is not in daycare, which Scott and I always called Baby School, he’s either gleefully being spoiled by all of these surprise visitors, or sleeping soundly in his crib in the next room, still with no clue what’s happening. I’m jealous. I, too, would love to be a clueless sleeping baby. I know that some of the worried people watching over me are also watching him. This is not a good look. Can’t take care of myself. Can’t take care of my own kid. Can’t even sleep or give my brain permission to just shut up. I’m kinda useless.

I am so thankful for Baby School, where he has a lot of friends and is beloved and popular. He’s not quite two, and he’s been raised by Scott, Mr. Life of the Party, and that charm has rubbed off. They don’t look a thing alike, but when you see Scott and Brooks together—and they’re always together, with Mommy walking behind with the baby bag like the nanny—you know they’re father and son. Soul mates. The last time Brooks saw Daddy, he was carrying him to bed after dinner and telling him about the history of wrestling. I believe he’d gotten up to Dusty Rhodes.

I know Brooks knows that something’s weird because all of these people are in his house and Scott isn’t.

Now they’ll never get to finish that lesson, and everything’s up to me, including the WWF/WWE transition and, more important, explaining what the hell is going on now. I know Brooks knows that something’s weird because all of these people are in his house and Scott isn’t.

“How do I tell him this?” I ask Melanie, a veteran mother and educator.

I really don’t know what I’m going to tell the baby. I never imagined being a widow under the age of, like, sixty-five—before my daddy died, I never really thought about widowhood at all. But my mom joined the club at sixty-four, way before she was supposed to, so every once in a while, I’d look at Scott chewing on a rib  or taking all of his meds at once because he’d skipped them for a week and thought to say, “Please take care of yourself. Please don’t leave me.”

And he’d smile his crooked smile and say, “Where am I gonna go?”

I have never wanted to yell I told you so at a dead person before. There’s a first for everything, I guess.

The above is an excerpt from Leslie Streeter’s forthcoming book “‘Black Widow: A Sad-Funny Journey Through Grief for People Who Normally Avoid Books with Words Like ‘Journey’ in the Title” (Little, Brown and Co., March 2020). Leslie is also a Modern Loss contributing editor.