I used to joke I wanted to die before my dad. That order didn’t work out — but I found I could still laugh. 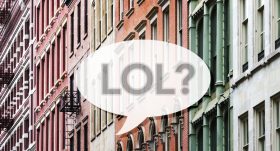 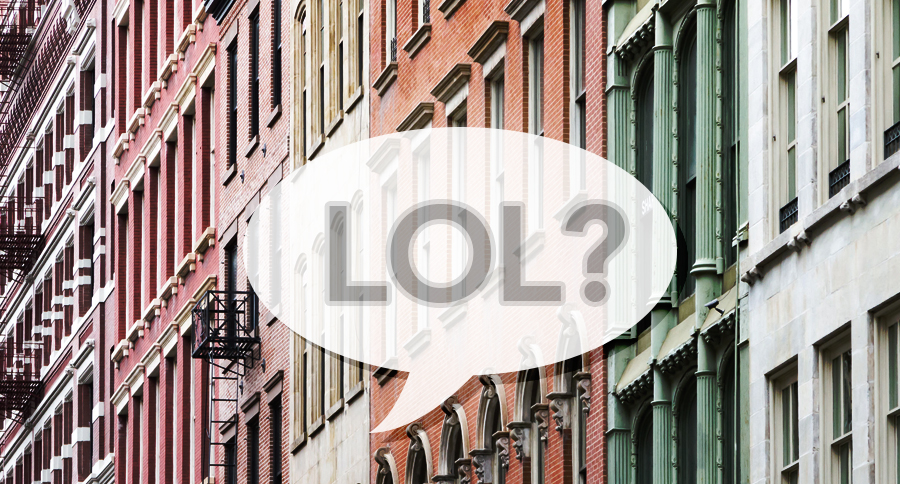 Dad and I routinely met in the West Village to drink Manhattans and eat dinner at our favorite spot. Two drinks in and I’d fess up to the lies he knew I was telling: no, I’m not friends with that one anymore; no, I don’t have money for the phone bill; yes, I’m failing school. Instead of being angry, he was never concerned with my truths and lies. I’ve been through worse, he’d say. I’m not alone in this and things get better. I’ll get through it. I’m supported. To thank him for the free therapy and prove I wasn’t too vulnerable for a bottle of wine with dinner, I’d tell an old bit we had that he hates: The one where he’s not allowed to die before me.

He’d tell me to shut up, call me insensitive for thinking it’s okay for a child to die before their parents. I’d swear on the bread basket that I’m dying first. After a quick volley, we compromise: he’s over 100, I don’t go more than a second before him and we’re in the pool house he lives in on my property.

The pool house was our oldest bit. Every career aspiration I cycled through was met with support: I could do anything as long as I was happy and he could live in my pool house. Whatever I wanted to do in life, I would be amazing at. But we spoke in code, through our old jokes. I’m dying first means I love you. I believe in you is I’m living in the pool house.

If children aren’t supposed to die before their parents, shouldn’t parents wait to die until after their kids become real adults? For the bits to work, he needed to live. He needed to watch me grow through my mid-twenties, to be there through the confusion of first-time adulthood. He had to retire from coach to cheerleader.

READ: Had I sealed my father’s fate?

It all imploded when he died on an insignificant Tuesday afternoon.

I spent that evening annoyed he didn’t text me back when I asked for a ride home from work, but I supposed his phone died. I didn’t share my step-dad, Stu, and my brother’s concern that something bad had happened. Instead of staying up all night calling his office, local precincts, hospitals, anyone you can, I went to sleep.

In the morning, he was still gone. Stu broke the truth: he’d suffered a fatal heart attack at his office. His door was closed and his co-workers assumed he’d left early.  The truth sounded like one of my lies. This was a joke, right? Payback for the joke he hated? We could turn this into a bit later while we drank Manhattans. 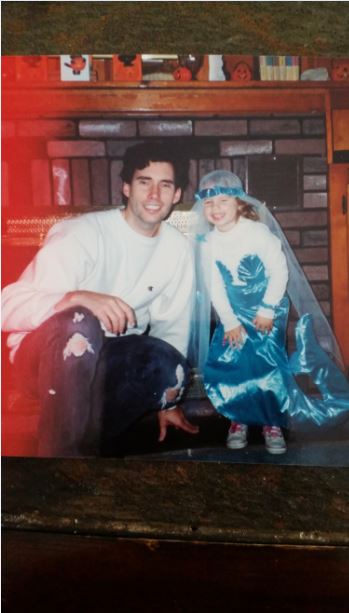 Emily and her dad

But that was the old reality. Now, a new one crept in, and I couldn’t turn to my dad to coach me. No tips to get by.

People wanted to help, but talking was difficult. I didn’t know how to get through something without laughing, but I was drenched in loss and couldn’t laugh off. Besides, no one wants to start a new joke with a grieving girl.

That afternoon, exhausted by condolences and crying, I texted a friend who had lost his father three years earlier who shared a similar scathing humor as me and my dad. Eventually, one of us said “Our dads are dead…lol?” I laughed. It was still possible.

When “lol?” became too simple, my friend and I graduated to more advanced bits. We openly held meetings of Dead Parents Club, usually with other friends with dead parents, and always with people with live ones. Our jokes ventured outside the dead parent realm. Laughing at young adulthood became essential to getting comfortable in it without him.

READ: A Night With ‘The Dead Dad’s Club’

For outsiders, laughing could seem inappropriate in grief, but anyone as close to dad as I was had the same zest for humor we did. Stu and I talked about how pissed he would be if he knew he died at work. We guessed he planned early in the year so he would miss the ridiculous snow that winter, but still party hard on New Year’s Eve.

Inside jokes aren’t easy. They require a closeness that lets people communicate exactly what pain each side is holding onto, what vulnerability is lying dormant, waiting for that right moment together when they can expose their demons, look at them and turn them into clowns. Knowing I can keep laughing and make new bits with my close friends and family is what gets me through it.

If the improbable happens and my life gets green lit as a movie, I’ll stay true to my dad and hire Antonio Banderas to play him. On set, he can live in the pool house. My property won’t need one anymore.

Emily graduated from Hunter College with a creative writing degree. She now lives her parents’ basement on Long Island, and works an unrelated job at a local community hospital. She should get around to writing a memoir by the 2040s.