A Night With ‘The Dead Dads Club’

A new show at the Upright Citizens Brigade Theater draws comedy from grief. “The Dead Dads Club” stars Kristen Bartlett and her husband Jason Gore, both of whom lost their dads five years ago. It’s billed as a show about “what its like to lose a parent and realize that you are going to die, too, and there’s nothing you can do about it. (But it’s funny. We swear.)” A series of short sketches take Kristen and Jason through all of the absurd situations that surround death, from funeral planning to eulogy-giving, to the awkward, un-cinematic reality of scattering ashes.

I saw a recent performance and thought it did a wonderful job satirizing the feeling of isolation that comes along with losing a parent young—the sense that not only is everyone else part of a big happy family but they’re also actively conspiring to remind you of your loss. In one scene Kristen and Jason sit searching the radio for a song that isn’t horribly sad. They finally get a station with an upbeat DJ who announces “Today’s most requested song!”: A single trumpet playing an army funeral dirge. The cast of “The Dead Dads Club.”

Later, the couple drowns their sorrows in chimichangas at a Mexican restaurant, where they’re serenaded by an aggressively cheerful mariachi-style band:

I am so happy and I’ll tell you why,

The birds are singing, the sun’s in the sky!

I am so happy and I’ll tell you why,

My father will never die!

We are so happy and we’ll tell you why,

We all have living fathers, yes.

Sketch comedy—and I say this as the daughter of a sketch comedian—isn’t always known for its heart. “The Dead Dads Club” definitely has heart, and at the center of that heart are Jason and Kristen. The strength of their relationship allows the show to get sentimental but not sappy, silly without losing its emotional depth.

Modern Loss recently spoke with Kristen, Jason, and other cast members about how comedy fits into – and helps – the grieving process.

Modern Loss: What made you feel like this show was something you had to do?


Kristen: I actually started writing the show after my first show at the Upright Citizens Brigade (UCB) failed. I was disappointed, and I talked to Bridge & Tunnel’s director Aaron Burdette about how I wanted to write a show that was 100% mine. My favorite shows are the personal ones. I talked to him about my idea for “The Dead Dads Club,” as well as my reservations – because it’s a very personal story, as well as a really sad one. How do you make something that sad be funny? But he said, “That’s exactly the kind of show you should be writing.”

Jason: The time period from when my Dad died to when Kristen’s had passed was so rich with strange characters and experiences, we knew it had to be turned into something. Kristen took those experiences and wrote an amazing show. While a lot of it was exaggerated for sketch comedy purposes, I love the fact that so much of the show is true. Every time we changed the radio on the drive to handle my father’s arrangements, we would land on the saddest song. A mariachi band actually sang to me at a Mexican restaurant while we all cried! 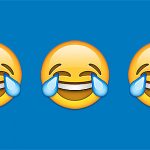 Will I Still Be Funny? 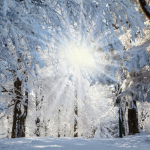 ML: How did people react when they learned you were writing a comedy about having a dead parent?

Kristen: We’ve gotten all kinds of reactions from people. Some people were skeptical that the show would be funny. Others were excited about the idea. I think it tends to appeal to people who like a little sadness with their comedy. (Which I do.)

Justin Byrne (Supporting Cast): I feel like there’s a very specific set of responses that people, especially outside of the comedy community, have. They tilt their head to the side, squint at me, and say something to the effect of “and it’s a comedy?”

ML: What misconceptions about loss and grieving were you hoping to respond to with this show?

Jason: It’s okay to grieve! This show is still part of our grieving process! My dad passed in 2009 and I still have hard moments. You always will. I think we just wanted to show how we pulled together and got through two deaths in four months, and if we can do it and stand back and laugh about the experience that surrounded us, anyone can.

Kristen: When someone dies, people react in all sorts of crazy ways. Some people don’t know what to say, so they don’t say anything. Others say too much! After my dad died, I dreaded seeing people who would look at me with sad, eyes and say, “How are you feeling?” I could’ve been doing just fine, but when someone would look at me like that, I’d start crying. I wanted “The Dead Dads Club” to show you don’t have to be so fragile with people who have experienced loss.

Doug Widick (Supporting Cast): I hope people will take a sense of emotional camaraderie away from the show. Jason and Kristen’s performances are so warm and welcoming, that anyone experiencing grief or a loss can find solace.

ML: How did your comedy backgrounds influence your grieving process?

Jason: Comedy definitely helped the process in that we could help each other by making each other laugh. For us, it was the number one thing that helped us start healing and to feel normal again.

Kristen: Finding the humor in a situation is a coping mechanism for me. And the business of dying—the funeral process, burial, seeing family members you never see, the weird ways people react—is funny. I think we started seeing the humor almost immediately.

ML: Who are some people doing great comedy about loss?

Kristen: It isn’t just necessarily about loss, but I’m a big fan of comedians who draw on real emotion and sadness in their comedy. Karin Hammerberg and Glenn Boozan had a great show at UCB called “This is Going to Hurt.” I’m also a big fan of Mike Birbiglia.

Doug Widick: Nicole Byer from UCB Theater LA does a lot of great work about her late mother.

ML: Is it ever hard for you to get up and perform, or do you find performing therapeutic? Or both?

Kristen: I agree with Jason. The rehearsal process was very hard, because we had to run this dark period of our lives over and over. I remember asking our brilliant director Michael Hartney why I did this to myself. I had to find a way to pull humor out of the real sadness. I do find it very therapeutic. I feel like the show has been a big part of our healing process.

ML: What are your plans for the show after the UCB run?

Jason: We’ll continue to write and perform together & with our sketch group, Bridge & Tunnel!

ML: What do you think your Dads would say if they could see the show?

Jason: Howard, Kristen’s dad, would love every second. He’d hop on stage and tell jokes. My dad would laugh heartily from the back row and talk to audience members about what the government is doing wrong.

Get tickets here for the March 6 performance of “The Dead Dads Club.” This interview has been edited for length and clarity.

Ruby Dutcher is an intern Modern Loss and a student at Barnard College. She writes for the site when she’s not responding to your emails.