How the end of my marriage prepared me for dealing with my mother’s death. I went home to Portland, Oregon to celebrate New Year’s in the waning days of December 2011. In the few months since my previous visit, I had decided to end my marriage to my husband of three years and closest friend for nearly seven. He’d be moving out of our Brooklyn apartment while I was away.

For most of the year my life had been an anxious blur of therapy and tense, circular conversations. I had agonized over whether and when I’d know how to make a choice that would tear my life apart.

I cried in the bathroom at work. I lost 20 pounds from stress. In my head, I sang Paul Simon’s “Graceland”: And she said losing love is like a window in your heart. Everybody sees you’re blown apart.

My marriage was dying, and I already felt completely alone.

In my anguish, I couldn’t turn to my mom for advice. She had been my primary source of comfort through life’s frustrations and disappointments, guiding me through countless decisions. She was still only a phone call away. But you just can’t ask your mom whether to get divorced.

That is true both in general and in my specific case. A grown child asking her mom to rule on the value of her marriage is akin to handing over the decision that basically defines adulthood: What will make me happy? 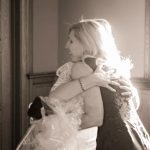 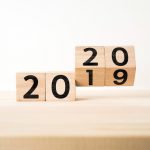 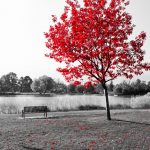 Of course, that wasn’t really a worry with my mom. While she was always willing to help me through my struggles and anxieties, she never let those kinds of things bother her for long and expected the same from me. She plowed through problems with the sheer forces of optimism, confidence and busyness, leaving few signs of regret or disappointment in her wake. When I confided that my husband and I were in couples’ therapy, she all but changed the subject. Divorce didn’t even seem like an option she was willing to consider. This choice was clearly mine to make.

When I finally did find the courage to end the marriage, it was the first major life decision I’d made completely by myself. Coming home to Portland, I felt relief and pride but also sensed a new distance between my mom and me. It was as though I were fully my own person for the very first time.

Gradually, we eased into this new phase of our relationship. But when I flew home to Portland that December, it was my mom who had changed.

The day before I left New York she finally told me she was feeling sick—achy and weak: “I had a blood test. I’ll get the results soon.” Worry snagged in the back of my throat. She wasn’t well, but we drove to our beach house on the Oregon Coast to ring in the New Year anyway. My dad, my 10-year-old cousin, my grandma (mercifully lost in the haze of Alzheimer’s) and I halfheartedly tried to stay cheerful, eating our New Year’s Eve dinner of soup and Dungeness crab as my mom lay moaning in pain on the couch in the other room.

She checked into the hospital the next day. Tests had revealed red-blood cell counts sharply below normal. Determined to stay positive, I sat on her bed, joking as we filled out my OkCupid profile. A few days later I returned to New York, wary.

Two weeks into my mom’s hospital stay the doctors finally determined she had hemophagocytic lymphohistiocytosis, a rare autoimmune disease in which the white blood cells attack healthy red blood cells.  The doctors said they could try some treatments, but it soon became clear they didn’t really know how to cure her.

Things got worse. My mom stopped talking on the phone. Then one day my aunt called and said I should get on the next plane. My mom was in the ICU. I rushed into her hospital room with a smile on my face, my optimism somehow still intact. She looked at me, her eyes wide, but she couldn’t speak. My heart plunged. Three days later and less than a month after she had entered the hospital, she died. She was 57.

Like a planet whose sun had exploded, I went spinning out of orbit. A cloud of disbelief buffered me through the funeral, the shiva, back to New York and back to work.

But as reality settled in, I once again felt acutely alone. Many were the times I sat in my apartment wanting to pick up the phone to call my mom, realizing almost in the same moment that I couldn’t. (Many are the times I still do.)

This time around, my inability to be comforted by my mom was absolute and permanent. Yet as life’s twisted luck would have it, the small death of my marriage had weirdly prepared me for the big, capitalized version.

When I first got divorced, I started telling people I was “at the vanguard of my generation.” It was a humorous way to respond to their sometimes-awkward surprise at my relative youth as a divorcée. More than that, it was a way to steer my thoughts away from the emotional channel I felt separating me from my peers.

After my mom’s death, that channel became a gulf. I didn’t miss my ex, but I yearned to be comforted and held. Yet how could I, having experienced losses that seemed the province of people well beyond my years, hope to find the deep romantic connection I was looking for?

I haven’t found it. But my emotional toolbox has become more complete: I have the will to battle loneliness, the wisdom to let the grief ebb and flow and the ability, if not always the desire, to stand completely on my own.