My Father’s Death Reminded Me I Married a Good Man

My dad, on the other hand, was a cherished friend and a terrible husband.

My dad died two days after I told him I was pregnant with his first grandchild. My husband Nick and I came home just to tell him that news.

By then he’d been confined to a hospital bed in my parents’ house for more than a year. He hadn’t stood up for 12 months. His face lit up like a child’s when we told him I was pregnant and we were having a boy. His middle name would be James, after him. He reached out to touch my swelling tummy. 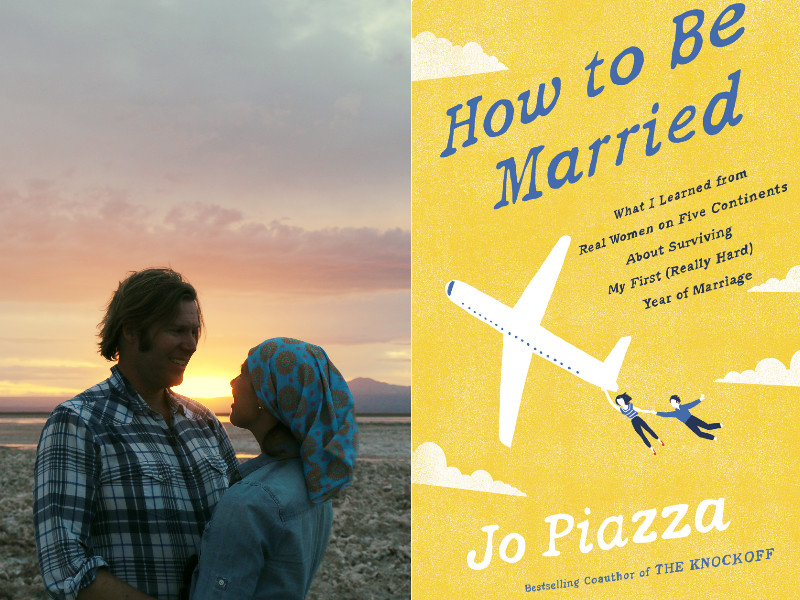 “I’m going to try to live to see the baby,” he said to me before I left. He’d been saying things like this for the past five years. I wrote it off, even let it annoy me a little. Can you not make this all about you, I thought.

Two days later I was woken up by a frantic call from my mom. My dad had gone into the hospital. Organ failure. He wouldn’t make it through the next few hours. We should fly back, but not rush. We wouldn’t make it in time.

Three days later I clutched my husband’s hand at my father’s funeral in Pennsylvania, a simple Quaker memorial service for a man who wasn’t a Quaker or anything really for that matter. But the hall was available and a church was out of the question. I bit through the skin on the inside of my cheek and pressed into Nick’s fingers so hard I could feel the outlines of his bones. My mother sat on my other side. I reached over to grab her hand with my free one. It was more frail than I’d remembered, the skin growing mottled with brown spots that weren’t there a year ago.

She wouldn’t be able to get through this without me, I thought.

And I wouldn’t be able to get through this without Nick.

No one is in a good place leading up to their father’s funeral, but I found myself more overwhelmed than I expected, particularly for a death that had been long anticipated, at least on my part. My father, despite knowing this was coming, planned nothing, paid for nothing, left my mother with close to nothing. Sick people, dying people, don’t want to talk about being sick or dying. They want to talk about being strong and alive, but you have to talk to them about those things even if it breaks your heart every time you have to lie.

I scrambled to keep funeral costs low for my mother while finding a way to honor the memory of a man so many people loved. My dad was complicated. He was the life of the party, the guy you’d want to sit next to in a bar, a jolly mixture of Sicilian and Irish blood combining a young Frank Sinatra, Tony Soprano, and Bob Dylan— a man constantly searching for his identity, but in such an elegant way that he still seemed completely comfortable in his own skin. Everyone wanted to be friends with my dad, men and women alike.  It was occasionally a problem. I’ll leave it at this: He was a good friend and a terrible husband. He loved me more than anything in the entire world but never figured out how to be a father.

I fought with my aunt over the obituary. She told me I hadn’t written it right. I left out her last name. I left out my dead uncle. How could I do that? I had to call the newspaper immediately and correct it. I screamed at her to call them herself and retreated to my room to scream again, but into my pillow so no one could hear me.

Without being asked, Nick took over. He emailed the editor. He ordered the food. He made me laugh when the deli handed him a sympathy jar of pickles to give to me…on the house. He rubbed my feet, my head, my belly. He shielded me from strangers who told me my dad was blessing me and my unborn child from heaven and then tried to touch my stomach without asking permission.

Both of my mother’s parents passed away before I was a proper adult. I was a young kid, six or seven when my grandfather died, and in high school when my grandmother went. Both times my mom made the trip out to Colorado alone. It wasn’t until my dad’s funeral that I thought about that. Thought that was the strange. He didn’t go with her when both of her parents died. He left her to do it on her own. I don’t remember any reason why he couldn’t have gone. He had a good job, but one that was often flexible and allowed him to take time off as needed. I certainly could have flown out there with the two of them or even stayed home. We had plenty of family nearby. But he didn’t go.

Months after the funeral I’d ask her about it.

“We didn’t have that kind of marriage. I didn’t expect much from him by then. It was easier on my own,” she said.

It was true. They didn’t have a conventional marriage. I’d long wondered why they stayed together at all. In hindsight it was a mixture of inertia, codependence and a belief that successful marriages equaled endurance instead of happiness.

And now it was over. They’d been married for 40 years.

I looked at Nick again, in that Quaker chapel. It was easier than looking anywhere else in the room. It wasn’t the first time I knew that I had married a good man. But, now 18 months after we’d been married, it really hit home. I felt it in a way I hadn’t felt it before. I knew it was true.

Jo Piazza is the bestselling author of the new memoir “How to Be Married.”
56
Share on Pinterest