This Podcast Begins at the End

‘Julie’ — a new miniseries about dying — is surprisingly hopeful. 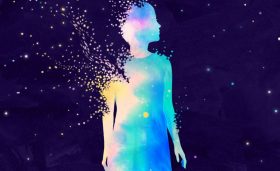 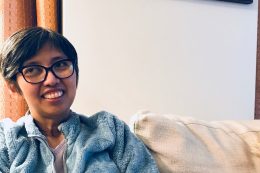 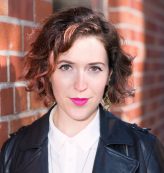 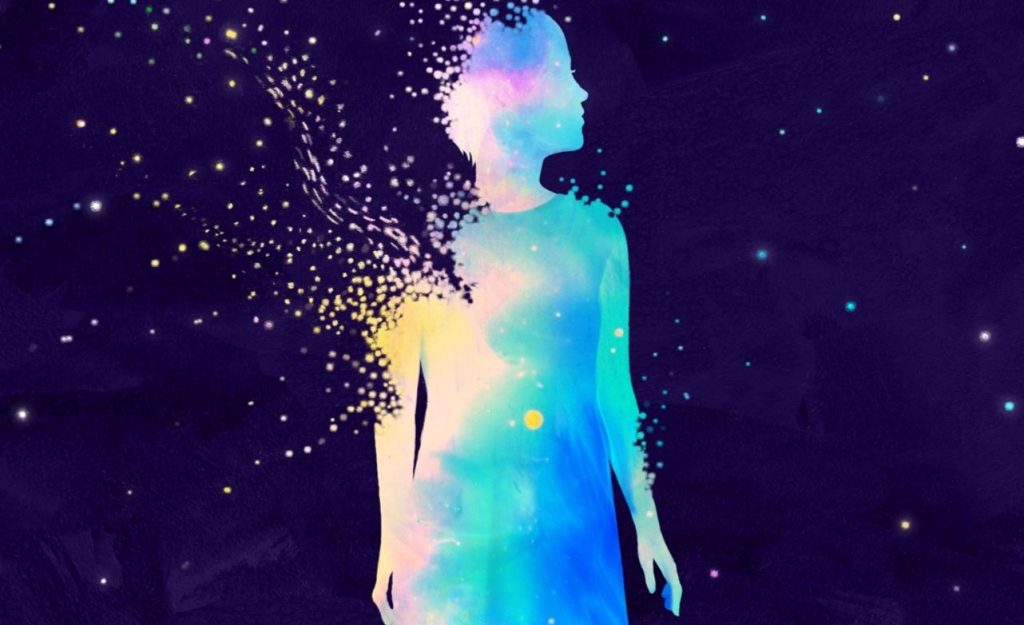 Podcasting, it is often said, is an intimate medium, and the new podcast miniseries “Julie” takes on the most intimate of topics: what it’s like to die.

The series chronicles the final months in the life of Julie Yip-Williams — an immigrant, a Harvard-trained lawyer, a wife, mother, sister and Brooklynite, whose lyrical cancer blog eschewed warrior metaphors and rah-rah optimism. Yip-Williams was 42 when she died of colon cancer in March 2018.

“Julie” coincides with the release of Yip-Williams’ posthumously published memoir, “The Unwinding of the Miracle” — the premise of the title being that while we can’t witness the miracle of our own birth, we can, sometimes, watch ourselves die. “I’m very interested to see how it unfolds,” Yip-Williams explained in the podcast. “There’s this intellectual curiosity about it, but there is also this appreciation and this reverence for the unwinding of the miracle.”

Pineapple Street Media recorded with Yip-Williams in the months leading up to her death. Producer Eleanor Kagan and her team were there as Yip-Williams prepared her daughters for life without her, reminisced with her siblings and cousins about their childhood, revealed a dark family secret, and said her goodbyes in her own space, on her own terms.

Describe the premise of the podcast.

By the time you meet Julie, she is in full-on planning mode for her death, which she knows is imminent. Through spending time with her and her loved ones and getting to be a fly on the wall during all these conversations you have when you’re nearing your death, you learn about who she is as a person. You also learn about this incredible life story she’s had that really shaped the way she looked at death and what the act of dying would mean to her. 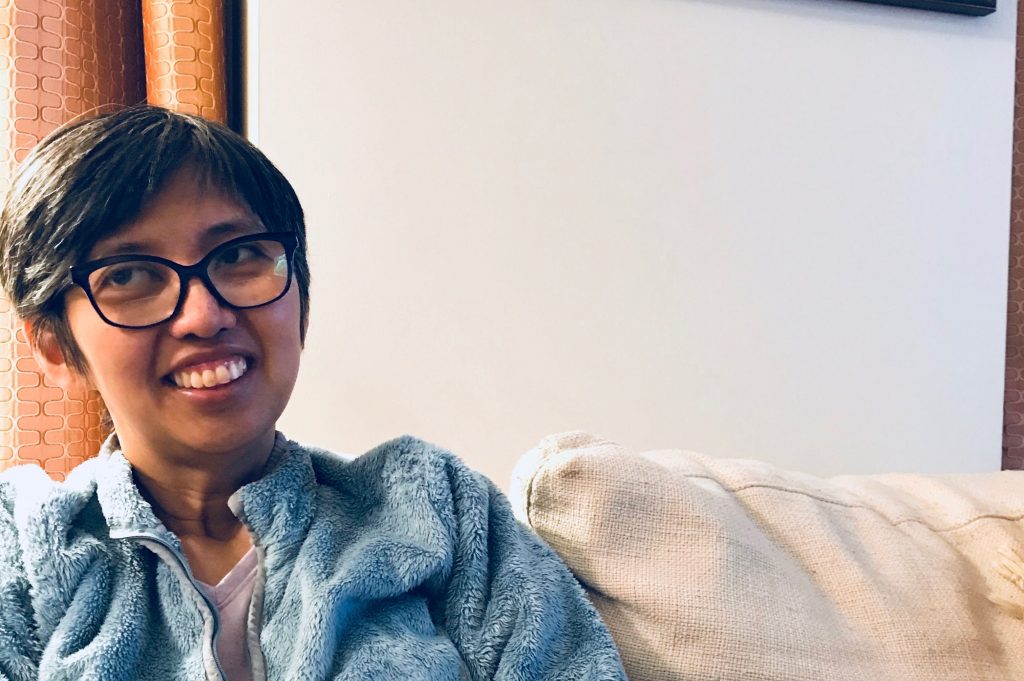 So what was her approach to dying?

For Julie, “the unwinding of a miracle” seemed like a mission statement to not shy away from anything she was feeling or experiencing. Not shying away from the emotions, from the pain, from what her body was going through. She wanted to pay attention to all of it. She wanted to live with no denial about what was happening to her. I view it as a choice: She chose to be present as much as she could. She chose to say, “I invite in whatever my body’s going to do and whatever I’m going to feel about it. I’m going to bring a lot of intention to this experience. I’m going to choose to be fascinated by it, rather an afraid.” Which is not to say she was not afraid, but she was just open about all of it.

Who did Julie make this podcast for?

I think the podcast was for her family, No. 1. It was a capsule of her voice, and this part of her life that would always exist for them when they’re ready for it. I also think she saw the book and podcast as being for anyone who is dealing with loss or grief or illness or considering what their own death means. When Julie was first diagnosed, she looked high and low for some kind of writing, some lived experience that would reflect the way she was feeling and had a lot of trouble finding it. That’s why she started writing her blog. One aim of the book and podcast is to be that thing for someone else. Now there’s one more story out there that might make them feel less alone.

‘She wanted to live with no denial about what was happening to her.’

How was Julie’s blog different from what else is out there?

I was first introduced to Julie through her blog, and I don’t think I had ever seen anyone write the way she wrote about death. She was so frank about everything … the things she was frustrated with, the things she was afraid of. It was really galvanizing to see her be angry about things. There are tropes about angry women — that they are shrill, that they are overreacting — but Julie’s anger was so clarifying and strong. I was really drawn to her voice.

There was this one post, called “Life,” and she’s both talking about the kind of philosophical life lessons she wants her daughters to take away from her death. But she’s also talking about how she’s making videos about the apartment, so everyone knows where the air filters are and where the dog food is. As I got to know her, it was just so her: how meticulous she was, how both practical and philosophical she could be. 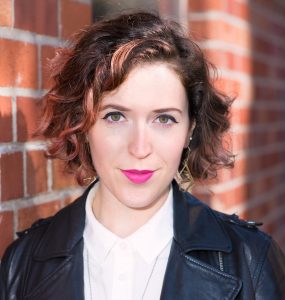 What was it like for you, walking into Julie’s life with the express purpose of witnessing her death?

I think I really tried to take my cues from her. I wouldn’t say I felt awkward once we started talking, and she was so open and comfortable. But I certainly felt the weight of the responsibility.  It was important to us, in the podcast, that she had agency to tell her story and talk about her interiority and her emotional experience in a way that felt true to her. And our job was to see her vision —  as spoken on the tapes, as written in the book — and to bring that to life.

How have listeners responded to “Julie”?

The biggest piece of feedback is people sharing their stories, saying this person in my family had a terminal illness and we never talked about it or we only acknowledged it in the final moments, right before they died. Or maybe they talked about wills, but they never got to ask them what it felt like to die.

And they regret not doing that?

I think some people feel regretful and some don’t. That’s the thing: There are so many complicated and surprising emotions that come out of the experience of dying and then being on the other side of losing somebody. There is a narrative that we feel like we are supposed to subscribe to, and if any emotion we have deviates from that — if relief or joy or confusion or guilt arises out of someone’s death  — it’s almost as if we feel ashamed of feeling it.

Did the experience of making this podcast change you — and if so, how?

Sure. I think [about] Julie’s urging that we all take a look at our lives and see what choices we’re making, and see how we want to be living our lives. Are we doing that? I feel like I’m much more comfortable with the idea of death than I was before, and I’m also more comfortable talking about it and accepting that there are no scripts that we’re supposed to adhere to because we’re all complex, nuanced beings. And when the moment comes that I have to deal with the death of someone I love, or my own, I hope I’ll be able to talk about it as openly as she was.

Anything else you want to add?

I hope that people listen and read the book, and that they find a lot to consider in their own lives. It’s a sad story, but I don’t find it depressing at all; in fact, I find her story very hopeful. People who are feeling trepidation because death is a subject that they are afraid to look at and talk about and to face head-on, I hope they are open to giving it a chance and see how not that scary it can be to acknowledge.

Gabrielle Birkner is the co-founder of Modern Loss.