When the fog of my grief lifted and I began to think about dating, my old insecurities returned in a big way. 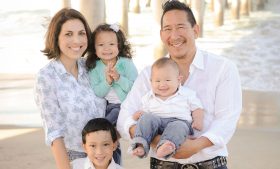 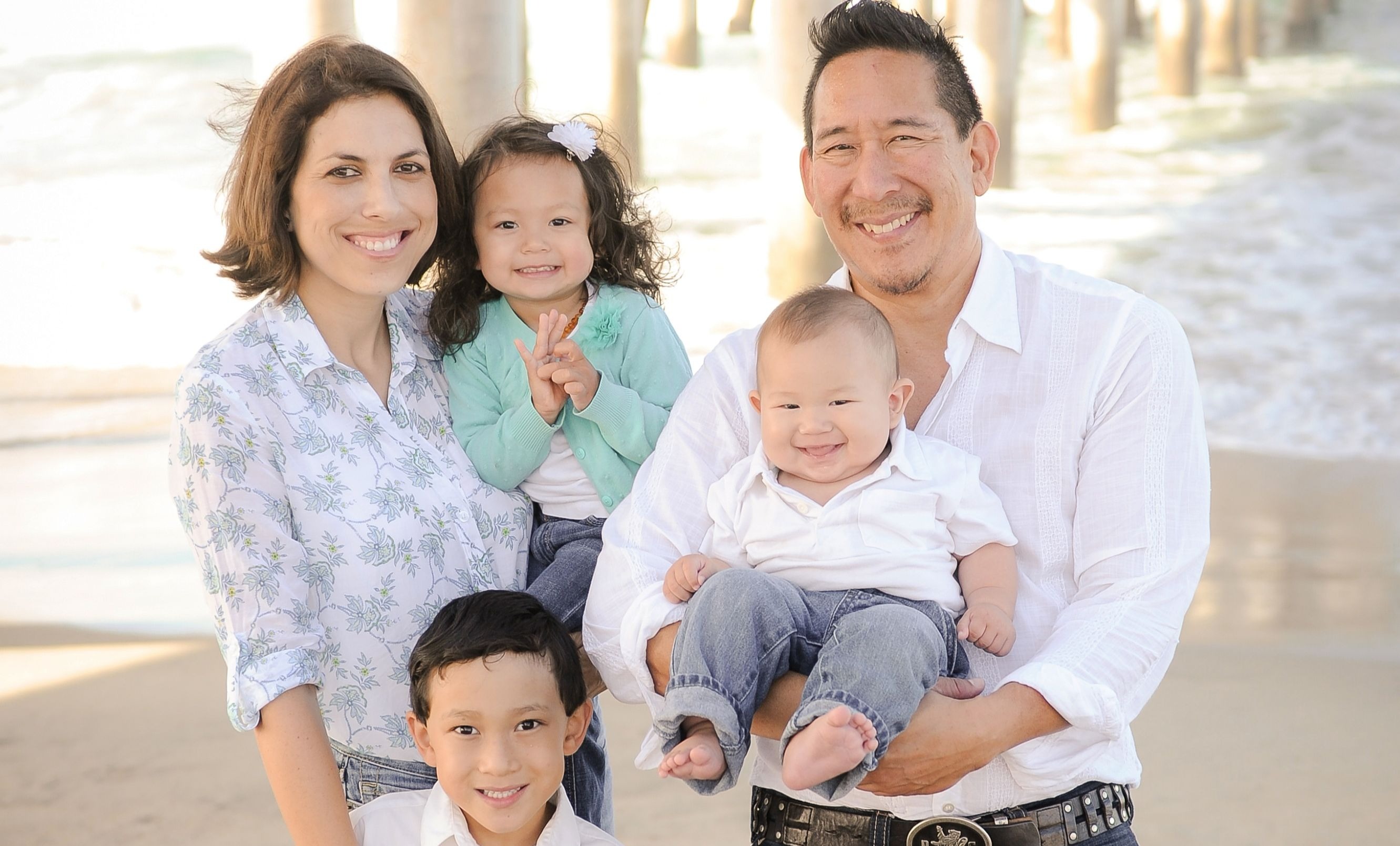 The author, her late husband and their children. (Courtesy of Teresa Shimogawa)

Becoming a widow in many ways has taken me back to the age of 17: dateless, parents meddling in my business, lonely, and very unsure about my future.

In high school I wore clothes from Mervyn’s (before it shuttered) and Target (before it was cool), had frizzy hair, and drove a car that was almost older than I was. I don’t remember any particular guy at school standing out to me, and I don’t remember anyone being interested in me. It was stressful. I often wondered if I would ever meet anyone. Maybe I wasn’t pretty enough or interesting enough or anything enough. In my early 20s, I worried that the string of non-serious encounters I’d had with men meant that I’d have to start looking into adopting a child if I wanted to become a mother.

Then I met Kenneth, the teacher in the classroom next door at my new job. I finally understood what I had been told my entire life: You find someone when you aren’t looking.

After marriage and three children, I thought I’d never have to worry about being single again. I slid comfortably into a lifestyle of wearing yoga pants and not shaving my legs regularly. Kenneth thought I was smart and interesting and pretty even when I woke up in the morning — and that was all that mattered. I didn’t have to stress out about appealing to men.

And then one ordinary morning, I woke up and found him dying on the living room floor.

There are so many horrible thoughts you have to endure in the numb, surreal first days and weeks and months of widowhood. But I distinctly remember the moment when the fog began to clear a bit and I thought, Holy shit, I am single again. And of the insecurities I felt as a 17-year-old came flooding back: I’m not skinny enough, cute enough, cool enough. I’ll be single forever.

READ: A Guide to Finding Love After Loss

But it was even more complex and dismal in my mind. This round of singlehood involved me having three young children. When would I have time to date with a 13-month-old? And who would want to date a single mother of three? There was a giant framed photograph of my dead husband prominently displayed in the living room. Even I wouldn’t be interested in me.

I spent a solid year riddled with anxiety over the issue of my singlehood. The more I agonized over it, the more I desperately wanted to fill the void. The problem was finding a suitable candidate to fill it.

The 35-year-old version of me had maturity on her side, thank goodness. In my less desperate moments, when I could set aside my despair, I thought about it. There was no way I was going to settle.

Marriage was never the be-all, end-all for me. And if I’m honest, there were many moments of my marriage when I wished I wasn’t married … when my husband wouldn’t change his cluttered ways … when he would give me a hard time if I wanted him to stay with the kids so I could go write … when he always wanted to eat lunch together at work, and I just wanted to be left alone sometimes. Of course, there were many aspects of marriage that I appreciated: Companionship. Having an eternal ally who was my cheerleader and biggest fan. Having a co-parent, a best friend to talk to about politics and philosophy, someone to go to the movies with, to bounce ideas off of, to give me advice. I know that I would do it again.

Seventeen-year-old me thought singlehood was a sign of failure. I thought it was a reflection of my self-worth. But today I know it’s a choice. I could have found a boyfriend in high school. I can go find a boyfriend right now. There are less attractive and less interesting and less successful people in the world who have significant others. I am still single because I haven’t found somebody who I have deemed worthy of my time. I am single because, for now, I want to be.

Grief hijacked Teresa’s life when her husband unexpectedly died in April 2016 and left her a 30-something widow with three young children. It is not something she wants to be ultimately known for. She’d rather you remember that she is a person who doesn’t give up, and that she is on a mission to live well. Teresa writes at www.houseofteresa.com.