After my husband died, I brought a towel to exercise class to mop tears — not sweat. 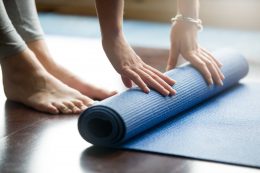 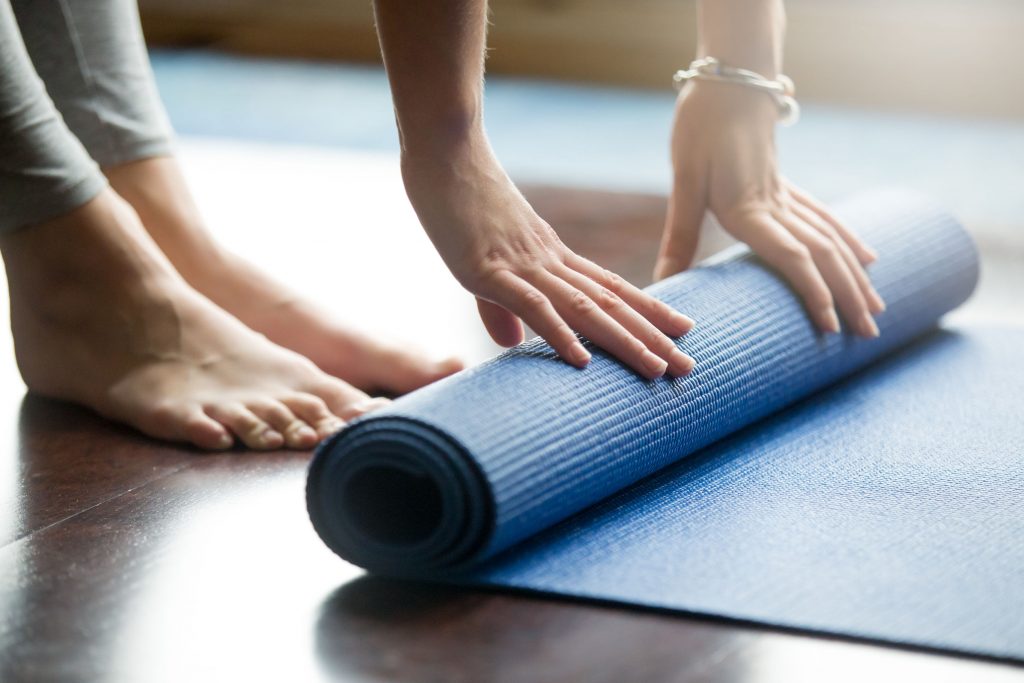 When my husband, Saul, passed away unexpectedly of a heart attack at age 54, I took all the grief books out of my local library. I had always been a good student and I decided I was going to get an A in grief, too. I journaled, joined a bereavement group, and spent time in nature. Also, I exercised. This last suggestion was easy to incorporate as I was already a member of ClassPass, an app offering access to dozens of exercise studios in my Los Angeles neighborhood alone.

Having access to multiple studios let me maintain a degree of anonymity, which was critical in those early months. I could spread my messy, noisy and ugly grief around. Sitting on my mat in the far back corner of the studio, I could cry silently and, I hoped, attractively while my fellow exercisers focused on how their butts looked in their top-shelf leggings. Exercise class became my preferred place to break down and cry — that is, in addition to my car and public restrooms.  If during class I ever really fell apart, I could just roll up my mat and leave. And as a studio-hopper, I never had to see these people again.

Before Saul died, I’d kept up a rigorous schedule of Pilates reformer workouts and barre classes. Once I was a widow, however, I was most drawn to restorative yoga. This type of yoga involves lying on bolsters and other props with an occasional half-hearted sit-up or hamstring stretch thrown in for variety. It’s like nap-time for adults. I found there was nothing as soothing as being supported by a pile of creatively folded blankets and listening to the dulcet tones of an aging model-actress-whatever encouraging me to “watch the breath.” 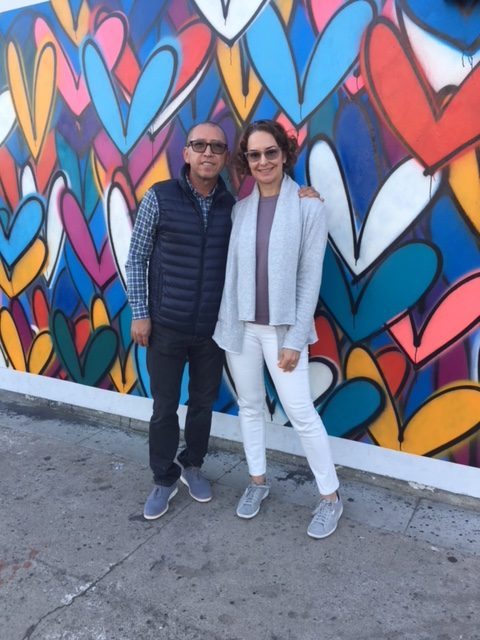 The author and her husband, Saul. (Courtesy of Alison Manheim)

Thanks to Twitter, I was alerted to the existence of a specialty called “Grief Yoga.” If I desired, I could attend a pricey retreat at Esalen or the Kripalu Center and learn specific techniques for processing my grief. But I didn’t need that. My grief yoga was totally portable. When you’re a widow, it’s all grief yoga.

During the seated meditation that often starts a yoga class, I’d feel tears welling up, an almost Pavlovian response. This happened well before I was able to cry in real life, that is, off the mat. In sivasana, or corpse pose (that name alone, a trigger), the tears would spill out of my eyes and into my ears, as if my yoga mat were a therapist’s couch. Which it might as well have been. Of course, I had a therapist, too (the books said to get one), but the yoga was cheaper and, thanks to ClassPass, I could go whenever I wanted to.  And in L.A., the sight of someone falling apart during yoga is not alarming. People weep in yoga class all the time, nursing heartbreaks both large (betrayals, professional or personal) and small (farmer’s market out of organic persimmons again).

My grief bursts were not restricted to yoga classes. When I was able to return to more intense physical activity, I went back to Pilates reformer and barre classes, and welled up there, too. The latter felt particularly inappropriate, since barre movements are small and fairly ridiculous looking, such as a rhythmic tucking and untucking of the pelvis known to the initiated as “back dancing.” It was only fair to warn the instructor before class started, even if opening up about my situation might engender a fresh round of tears.

READ: Learning To Quiet My Mind

During my first six months of widowhood, I enrolled in a 12-week yoga teacher training course with a studio near my house. Such training is something of a cliché in my slice of Los Angeles, where yoga teacher training certificates are as thick on the ground as real estate licenses (another common totem of a mid-life crisis in these environs). For the first time, I read the sutras of Patanjali and learned about concepts like non-attachment and surrender. As someone who practiced yoga for 25 years primarily because I liked what it did for my ass, learning the philosophy behind the poses was surprisingly apropos.

Grief yoga might seem like just another faddish form of yoga dreamed up by a marketer, right up there with goat yoga (just what it sounds like, yoga with goats) or 420 yoga (yoga done while high). But in my experience, grief yoga is “a thing.” And as I discovered, it’s not limited to yoga class. Exercise produces endorphins, “opens the heart” through spinal extension, or back-bending, and it’s the closest a non-believer can come to religious communion. For me, grief yoga is any class where you bring a towel to mop up your tears, not sweat. And it’s been as helpful to me as anything I learned from the grief books.

Alison Manheim is a Pilates and yoga instructor based in Venice, California. She has an MFA in writing from Columbia University.