In the moments after my mother died, I recorded an episode of “Friends” — a decision that still confounds me a decade on They Were There For Her; Annie and her late mother used to relish their time together watching “Friends.”

My mother died just before 8 p.m. on a Thursday night.

I know this not simply because November 20, 2003, was, according to the calendar, a Thursday. I know this because just a few seconds after my mother took her last breath, I calmly walked across the room and set the VCR to record that night’s new episode of “Friends.”

Seriously. My mother was the greatest love of my life, and my immediate response to her death was to make sure I recorded Ross and Rachel’s latest travails.

I was very serious about my TV shows. Especially “Friends.” And I was extremely invested in the lives of those six characters. So was my mother. We both loved Ross. Usually everyone hates Ross. Not us. On this particular Thursday night, I blanked on my recording ritual. I had no other plans. My only goal that evening was to sit in the living room with my dying mother and watch our favorite show together. It would be just like any other Thursday night. Only she was in a morphine-induced coma in a hospital bed in the middle of the living room where the yellow loveseat was supposed to be. And I should have been back at college. And no one should have gotten cancer.

Before “Friends” started I went to the bathroom down the hall to wash my hands. I couldn’t have been gone more than two minutes. But when I came back into the living room, my mother was no longer breathing.

I’ve heard people say death is a private matter. That in death, humans are no different than animals, and we seek solitude to meet our end. We wander alone to die. I think one of our cats did that once.

Maybe my mom knew, somehow, that I was in the bathroom, and for that moment, she was alone, and so she died.

Who knows what propelled me forward after I realized she was dead, but there I was setting my VCR to record “Must See TV.” I would watch “Friends” later. Everything would be okay. Wouldn’t it?

Then I turned back to my mother, her body still warm, her flesh still soft, her skin scented of the gardenia body lotion she used, and I finally conceded. Death won. She was gone.

The rest is a blur of tears, phone calls to family and friends. Eventually they took her away, although I didn’t remember who “they” were and then my brother and I were alone, and I was scared to fall asleep and wake up and it would be real and I’d be one day farther away from her. 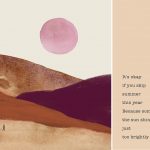 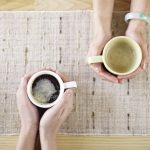 I did eventually fall asleep and awoke to another day, one that was indeed a day farther away from my mother. And days became months and months became years and now it’s been a decade since I decided to record a television show right after my mother died.

All these years later, I can’t help but question myself. What kind of person discovers someone they love has died and then thinks, “Oh, well, I better record some television”?

Maybe, in that moment, I didn’t know what else to do before the phone calls and the tears and the funeral plans and the prolonged grief — and the rest of my life without my mother. What are you supposed to do when someone you love dies?

I’m not sure any of us will ever know the answer; all we can do is go forward. I did. I programmed that VCR. It was the one thing under my control, the one variable I could rely on in that moment. And ultimately, that small act was the beginning of my moving forward, just big enough to prove to myself that I would be okay — that everything would be okay.

Ten years later I still watch a lot of Friends. I own all 10 seasons on DVD. Ten years later, I still miss my mom every day. Sometimes, I close my eyes and imagine us sitting on the yellow loveseat in the living room, watching “Friends” and laughing. And everything is okay.

Annie Stamell is a television writer, blogger and social media consultant living in Los Angeles, by way of New England. Her nickname is Stamos but she’s not related to John. You can learn more about her here and follow her on Twitter, Tumblr, Instagram and Facebook.