Closing My Eyes, Seeing My Father

I refused to look at my dad in the morgue — a decision I came to second-guess. Then my father showed up in my dreams. “I want you to know that I’ve been smoking pot,” Dad said on my first visit home from college. It was October 2002.

“Are we going to smoke together?” I said, excited at the prospect.

He pressed his lips up toward his nose and made his thinking face, and then started to nod.

“I would be willing to share my pot with you,” he said. I felt a little thrill: I was going to be the cool kid who smoked pot with her Dad.

That night Dad packed his little wooden pipe and lit it with a match. We both got stoned, then wolfed down the spaghetti and broccoli Mom had made for us. Afterward he took me to a nearby neighborhood where we walked through a display of thousands of Halloween jack-o-lanterns. At the end of the weekend I got on a bus and went back to school.

In the months afterward I became lonely and depressed at college and finally decided to move back home, sleeping in my childhood bedroom. I got a job at a landscaping company and relished the feeling of the sun on my skin and the satisfaction of punching my timecard at the end of every day. And though Dad had gotten to like his routine with Mom as newfound empty nesters, he understood how unhappy I’d been at school and welcomed me back home. So we made a new routine together. Which, occasionally, included evening pot smoking. 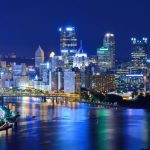 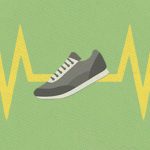 But when summer turned to fall we got news that something was wrong with Dad’s heart. Instead of being scared or upset by the news, he was pissed off. He was an avid tennis player and ate a healthy diet and thought it was ridiculous that a doctor had found blockages in his coronary arteries. He had to take special medications and make an appointment for an angioplasty, a procedure that would reopen a blocked artery in order to prevent a heart attack. He would go to Boston to get it done, and my parents scheduled the procedure for November.

Then something got in the way and it had to be delayed until December. Dad didn’t mind. He thought it was all nonsense anyway; he was healthy. He could just feel it.

In the meantime my job at the landscaping company ended for the season. I took my earnings and bought a ticket to Europe and packed a big lumpy backpack. Dad and Mom dropped me at the airport and I gave them light kisses goodbye, excited for my adventure ahead.

But several days later, when I called home from a phone booth in Zurich, Mom said, “We’ve had a tragedy here.”

He had collapsed on the tennis court. He was gone.

Mom wanted me to be able to say goodbye to him, so she’d kept his body at the hospital morgue rather than sending it to the funeral home.

Later I wondered if that was a mistake. I began to fixate on my last breezy goodbye with him, at the airport. I fixated on how that was my last chance to see him or touch or speak to him, forever.

But one night many months later, I felt swept away by a barreling train, my guts slamming against the wall of my torso while everything around me blurred into grey. My whole body tingled, electric. And then the force that had swept me up stopped suddenly and dropped me in a forest clearing. It was dark but there was a light shining in the center.

And there was Dad’s body.

His body, which I had chosen not to see. But now here he was. Lifeless, but bright and peaceful, surrounded by the stillness of the dark pine trees.

I woke trembling in sweat-soaked sheets.

I told Mom it wasn’t a dream. But after a few weeks had passed I thought that was silly; I thought it was silly to think it hadn’t been a dream.

Of course it was a dream.

Mattea Kramer is a writer from Amherst, Mass. She has recently embarked on a year writing about loss at the blog This Life After Loss. Follow her on Twitter: @matteakramer.