Painting With the Children of Newtown

The experience I had in Sandy Hook changed me at a cellular level. 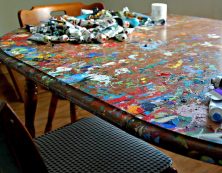 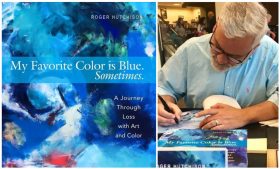 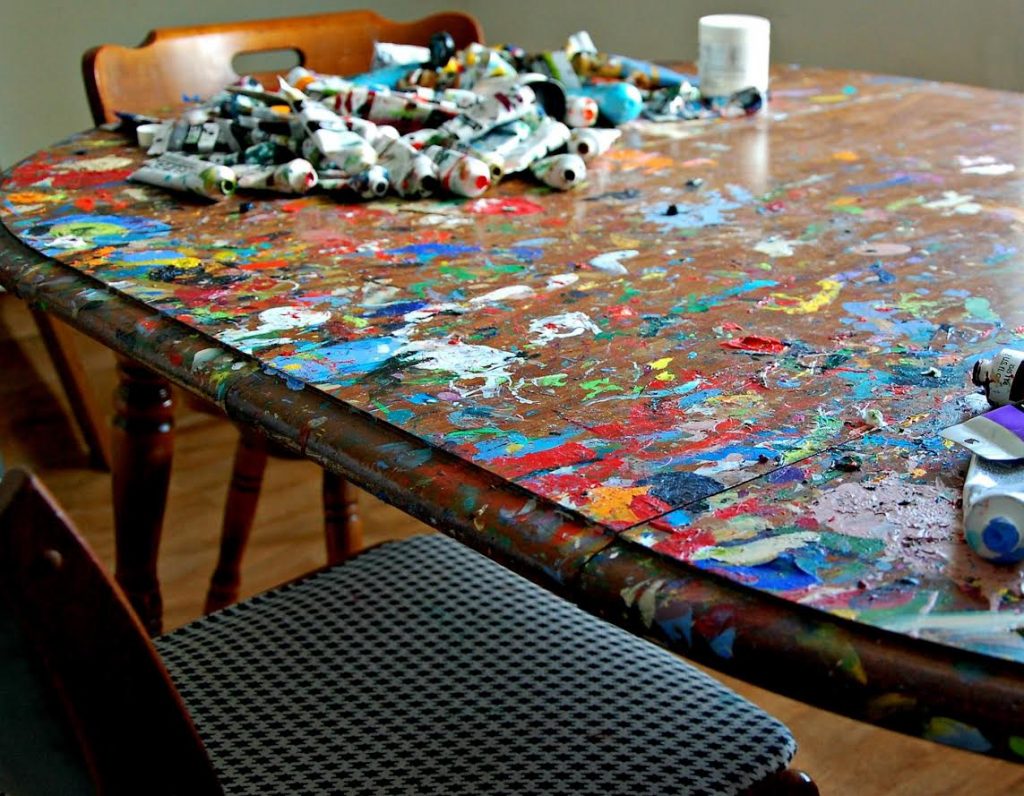 The colors of grief, loss, remembering and hope spill out across its surface. It is The Painting Table, and it was once my grandmother’s kitchen table. I remember sitting around it like it was yesterday.

Purple hull peas, green okra, yellow squash, and red tomatoes adorned the table – precious jewels born from hard work and Louisiana sunshine. A meal prepared with love in the tiny kitchen of their home. The fragrance of summer filled the air, and we held hands and offered thanks. After each meal, the children would find themselves under the kitchen table planning our next wild adventure. Occasionally we would get quiet and listen to what the adults were saying and giggle out loud when we heard something we shouldn’t have.

I inherited that old table when my grandmother died. It was no antique; it was an inexpensive furniture store table. But for me, it has become an altar of remembrance and hope. I now paint and write and pray at my grandmother’s table, the same table I once played under as a child.

On December 14, 2012 — six years ago today — 20 children and six adults were killed when a lone gunman opened fire at Sandy Hook Elementary School in Newtown, Connecticut.

Three months later, I was invited by a Newtown church to paint with the children there.

Trinity Church in Newtown is a congregation that serves many families with children who were students at Sandy Hook Elementary. A child of whose family is a congregant there was one of those killed. At Trinity, the undercroft was transformed into an art studio.

We had arranged to have two sessions — one for children and families, and one only for adults. We expected that there might be 20 or so people who participated, but when it was all said and done, more than 50 people took part.

The room was set up with round tables. On each table, we had canvas, paper, paints, baby wipes, toothpicks, cotton swabs, pencils, writing paper, and scraps of cardboard. Everyone gathered at the tables. We lit a candle at each table, I gave a few instructions, and the painting began. 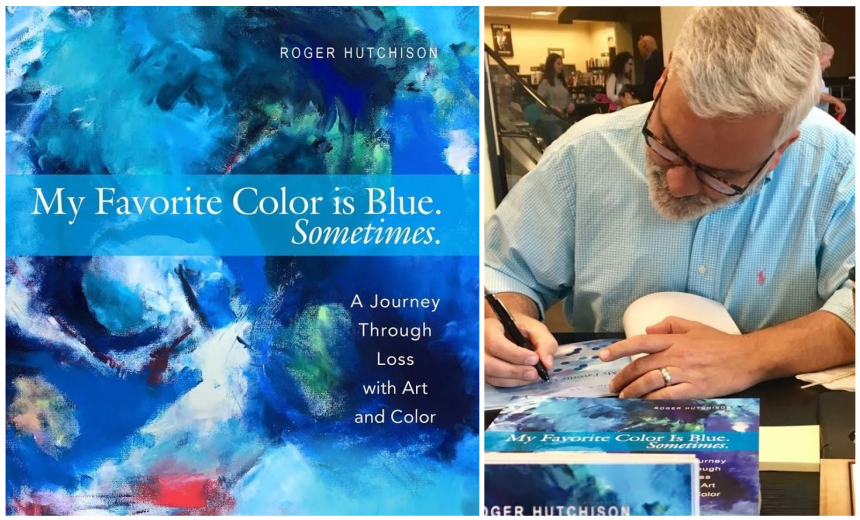 The author, signing his book. (Courtesy of Roger Hutchison)

That day, around another Painting Table, I saw one mother comfort another, as they both grieved for their friend who lost a child.

I met a third-grade girl, who told me she had had a really bad day. Her painting was dark and frantic. I listened to her for a little while – then encouraged her to paint some more; her next painting was a bit more colorful. Then took her two paintings and smashed them together.  When she pulled them apart, the darkness had lifted.

I spoke with a young mother who told me that she felt guilty sometimes that she still has her children. She shared with me what it was like to drive her children home on that tragic day — passing house after house with state patrol cars parked in the driveways. Another mother recalled how her first grader, a big boy for his age, had climbed up into her lap and sobbed when he learned that his friend, among the victims, was never coming back.

The experience I had in Sandy Hook changed me at a cellular level. I have become passionate about how we – especially children – navigate grief. Indeed it’s the subject of my third book, “My Favorite Color Is Blue. Sometimes,” published last year. It’s a colorful picture book that guides the reader through different emotions and reactions related to grief, including shock, tears, anger, and hope. (An excerpt is below.)

As we so painfully are aware, this story does not end with Sandy Hook, Orlando, Las Vegas, Thousand Oaks or with any of the school shootings that happen with terrifying regularity. It doesn’t end in the streets of cities and communities all across the country scarred and pained by gun violence.

While there is grief, sadness, and loss, there is also hope.  There is an opportunity for celebration as we gather together, break bread, talk, paint, and are welcomed.  We come together to remember. And then we get up from the table and get busy healing the world.

Artist and author Roger Hutchison is Director of Christian Formation and Parish Life at Palmer Memorial Episcopal Church in Houston, Texas. His first book, “The Painting Table: A Journal of Loss and Joy,” has been used by people of all ages in schools, churches, and community groups across the country and around the world. Roger is the author of three additional books, “Under the Fig Tree”, “My Favorite Color is Blue. Sometimes” and “Jesus: God Among Us.”

“That time is now,” excerpted from “My Favorite Color is Blue. Sometimes,” by Roger Hutchison (Paraclete Press, 2017)

“When I think of you

Yellow is the flickering flame of a candle.

Yellow is a sour lemon.

Yellow is a sunflower

Yellow is a soft blanket,

comfort on a cold morning.

Yellow is a shooting star in the night sky.

You blink and it is gone.

You are a shooting star.

Your light trails across the heavens.

and you were gone.”