After my dad’s murder, Instagram served as both my grief counselor and a surprising professional outlet. 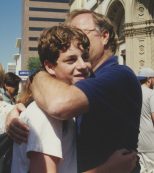 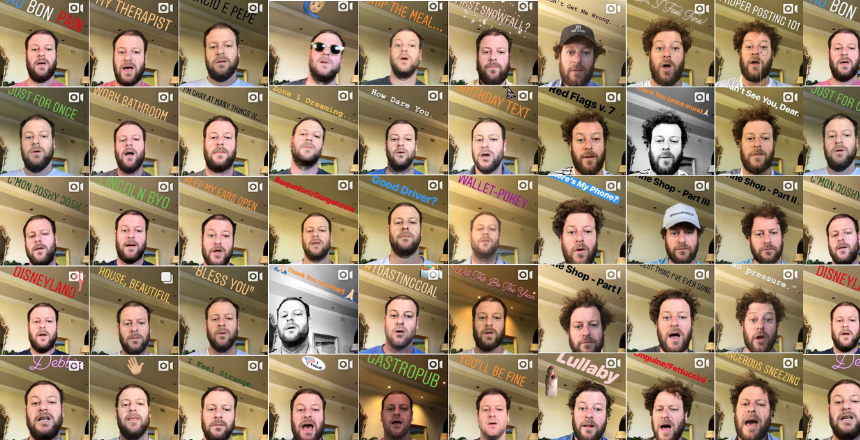 We got the call on December 29th, 2017. My dad, Major, was one of the fatalities in the shooting at his office; the other one was the man who shot him, and who died from a self-inflicted gun shot wound. My older sister and I watched my mom hang up the phone, barely getting out the words, “he’s gone.” We all grabbed each other, then collapsed onto the ground. We sobbed. We made guttural, animal sounds you’d never know one was capable of making. You can’t control where your mind goes at a moment like this. My first thought in that initial moment was, “He’ll never know what I do.”

I’m a songwriter. Not in like the “singer/songwriter/play at coffeeshops/beg your friends to come to your gigs” kind of way. I write songs for other people to sing. Ok, I write musicals. There. And, I’m actually pretty good at it. No braggies. But I’m also totally embarrassed by it. When I moved to New York eleven years ago to really give it a shot, any time someone outside the “industry” would ask me what I did, I’d simply say “music stuff.” Better yet, I’d just tell them what I did for my day job to pay the bills and leave the music part out altogether. People were understandably confused. My family was confused. My dad was so supportive…but confused.

Of course my dad knew I was a musician, and of course he knew I moved to New York to pursue this idea I had of being a Broadway composer. But seeing how he was a trial lawyer and I was, well, definitely not a trial lawyer, our mutual understanding of what the other one did all day long was sort of a mystery. I knew he went to court to represent plaintiffs, but, really, that’s about it. He knew I wrote music and lyrics, but I don’t think he knew what it meant professionally—or at least what it meant to me. He never pressed me about it. I suspect because he knew I wouldn’t have wanted him to. But also, I think, because he wanted me to feel that it didn’t make any difference to him what I did. For all he knew, I could have been a professional napper (not that there’s anything wrong with that), because I never shared any of my work with him. 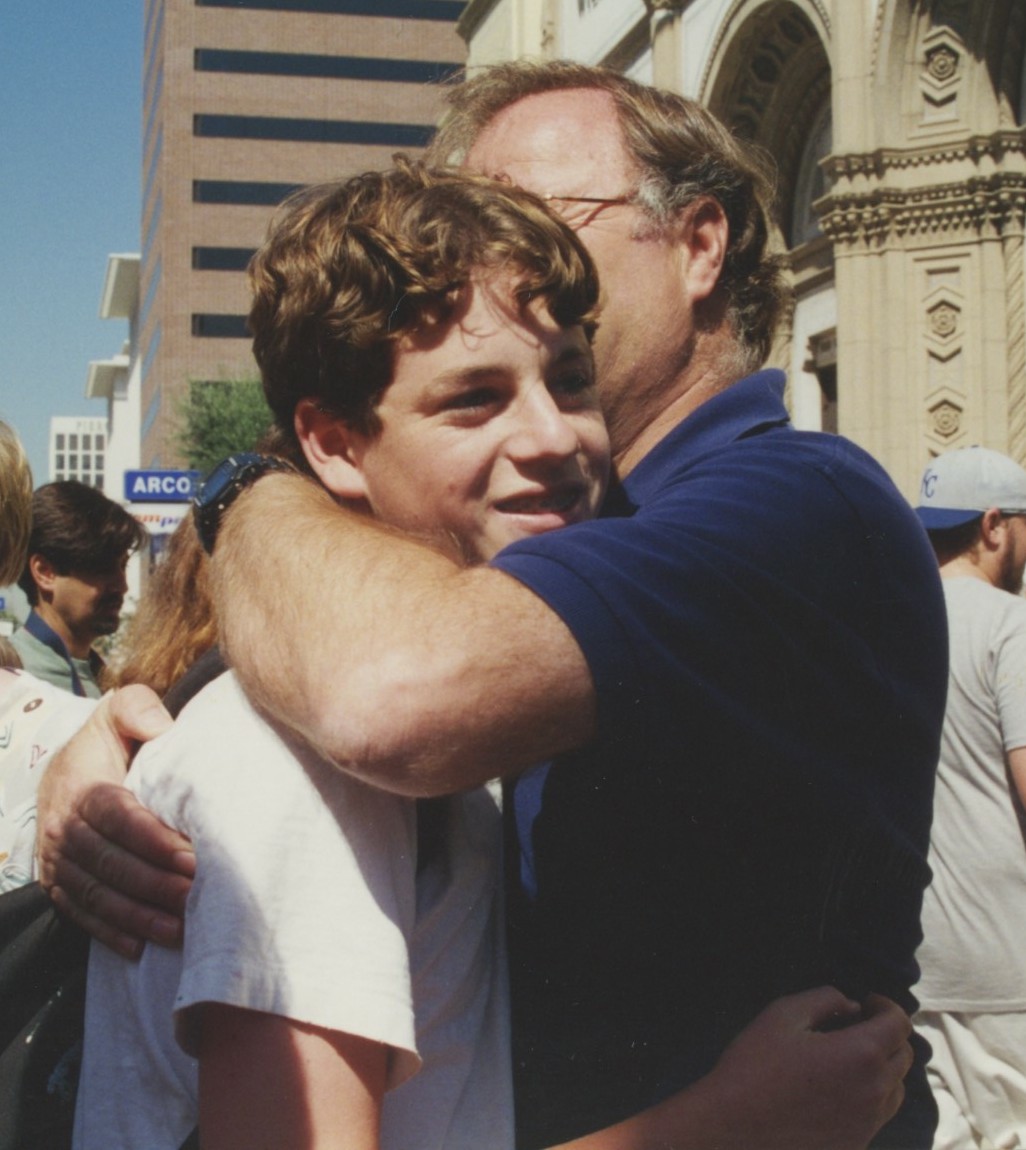 The man was nothing but supportive, maybe even too supportive at times (thanks for those random “laundry money” checks every now and then, btw). He never questioned my intentions and goals, and I genuinely think he believed I was talented. Once, I won an itty-bitty award and the next day I had several emails of congratulations from friends of his I’d never heard of before. All he ever wanted was for me to show him something, anything. Not to prove that I was actually spending my days being productive but rather because he was genuinely interested and proud. So why did I never really let him in? I think I thought that somewhere deep down in that slight paunch of his, there was the slightest tinge of disappointment, masked by uber support, that I never followed in his footsteps. Just like writing music was my dream, I believe his dream was for my name to be followed by Esq.

And so, it became my ultimate dream to show my dad that I was doing what I was meant to do, but only once my name was up on that marquee. I wasn’t interested in him trying to understand all the syrupy-slow steps it took to get there. So I’d give excuses (“you won’t get it out of context”, “the demos are performed live and the sound quality is really bad”), and the truth (“I want you to be there and hear it for real on opening night”). But opening night was a never-ending dangling carrot, and opening night never came, at least during his lifetime. I spent all these years thinking he wasn’t ready to listen, that he would’ve needed something more tangible and flashier than the songs themselves; now I know it was I who wasn’t ready, to let him in.

In a funny way, I am now. My dad loved country music even though, as a Jew from the Catskills who lived his whole adult life in Los Angeles, he could not have been less country. And he certainly wasn’t a connoisseur; he liked the kind of country music people who say “I like all music except country” hate. Blake Shelton was a particular favorite. At a certain point, I think he realized that this must be something like what I loved about music. And so, not long after my dad gave up trying to get me to show him my work, he started writing his own lyrics for country songs he thought up in his head—a way to join in, he thought. The lyrics were mostly true stories he thought would translate well in the genre. He’d send them to me and say “turn this into a country hit.” I’ll be honest, the lyrics were never great, but there was always a nugget of an idea that I thought had potential. Of course, I was always “too busy” and never did anything with them. They sat in my inbox.

After he died, I quit my job in New York City, packed my bags, and moved home to Los Angeles to help take care of things. Three months passed and I was ready to write again, but without a particular project to work on and with all the family business matters to attend to, I didn’t know how to carve out space. Wasting time one day on Instagram, I noticed how you could post 15 second story with the “hands free” tool, so I posted a 15 second song clip on a new account: @mourningsongs.

Since I didn’t have the time or the emotional capability to dive head-first into a new full length musical, the Instagram story platform gave me the unique challenge of writing a short song that gets its point across in 15 seconds. So, I started writing about all of the things that were on my neurotic mind: email replies that simply say “sure.”, my mom still only using her Bitmoji to text, and, of course, people who refer to their pets as their kids. Now, anyone who follows me wakes up to a short tune every morning.

It may sound strange, but this project has helped me work through my grief by giving me the little bit of time every day to actually not think about our horrific loss at every waking moment.

I’m doing it for myself. To bring myself a little chuckle every day, to bring myself a few moments of not dealing with attorneys, accountants, grief counselors and financial advisors. But truly, I’m doing it for my dad. Because I’m finally broadcasting what I do. Pre-dad-dying Ryan would have never thought to promote his work on Instagram, but post-dad-dying Ryan has a new “what do I have to lose” attitude. And I know my dad would have gotten a real kick out of these songs. I can even hear his adorable laugh in my head reacting to some of them.

I’m nearing the end of a year of this “a song every morning” chapter. It may sound strange, but this project has helped me work through my grief by giving me the little bit of time every day to actually not think about our horrific loss at every waking moment. When I first started the project, it was a way to see if I could simply do this for a year. A distraction. Now, I realize this daily time for myself, the time that brought music back into my life, was, and still is, the catalyst to my healing. I also finally realize I’m not giving up on my dreams. In fact, every morning is now its own “opening night.” It took a while, and took some ridiculously tragic circumstances, but now, wherever he is, I feel like my dad finally knows what I do.

Ryan Langer is an award-winning composer/lyricist currently living in Los Angeles. His work has been featured on film, television, in-stores, on stage and….on Instagram.