The Facebook exec befriended me four years ago. Her husband’s sudden death had me considering her broken heart — and my own damaged one. I read about the news of the sudden death of Dave Goldberg, CEO of Survey Monkey and husband of Facebook COO Sheryl Sandberg, while sitting alone in the light-filled apartment of a friend. This friend had volunteered to take my youngest child, 8, to his daughter’s fundraising march for the New York Blood Center, so that I could get some work done after a week of my own still-mysterious blood illness.

There’s more to that opening paragraph than meets the eye. All of it, like the circulatory system itself, circles back to the heart.

I initially met and was befriended by Sandberg after my youngest, then 4, was diagnosed via Facebook with Kawasaki Disease, a rare, life-threatening illness that affects the blood vessels around the heart and is the leading cause of heart attacks in children under the age of five. He was sick and getting sicker, and no one could figure out why. In a panic I’d uploaded some photos to Facebook to ask the hive mind for their collective wisdom. 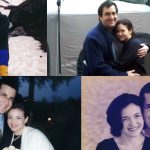 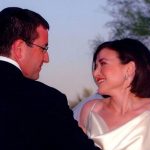 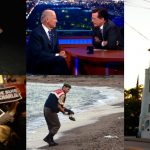 In 2015, These Events Changed How We Talk About Grief

My heart, however, did not survive the ordeal. I realized, sitting alone with my young child in that hospital, how alone I actually was. Forget leaning in. I had no one to lean on. It was the beginning of the end of my marriage.

Sandberg reached out to me via email after I published an essay about the Facebook diagnosis of my son’s illness in Slate. She then invited me to appear at a couple of her New York-based events (the pre-IPO Facebook announcement at the Museum of Natural History, followed by her appearance on Katie Couric’s show) as well as to her New York book party for “Lean In.” Like most people who have had any interactions with Sandberg whatsoever, I have nothing but kind words to say about her. She has, to continue the metaphor, a good heart.

Then, two weeks ago, I broke out in what I thought were hives on my shins and calves. Makes sense, I thought, since I am under a lot of stress. I currently have five jobs: 1) my fulltime job here at The Mid; 2) the script for a TV pilot; 3) several freelance articles; 4) the copyedited manuscript for a book that was due today plus the photography for said book, also due today; and 5) my side business as a portrait photographer, for which I have two clients still waiting for their final color-corrected images.

Even with all five of these jobs, I can’t afford a regular babysitter, so my 18-year-old daughter fills in when she can. Meanwhile my ex moved across the country to start a business. Meaning everything’s on my shoulders and has been for some time. I lean in not because I want to but because I have to.

It’s kind of killing me. I chose to go into the arts and publishing, but there are days when I wonder what it would have been like to take a more Sandbergian approach to my career. I can’t imagine I’m the only woman of my generation to do so.

After what I thought were the hives broke out, I emailed my boss to ask for last week off without pay, just to have the time to tie up my other loose ends. Then a friend who is a doctor took a look at my “hives” and declared them not hives.

“Petechiae. It’s essentially bleeding under the skin. You need to get that checked out with your GP. Immediately.”

This is how I found myself, last Monday, having a dozen vials of blood drawn as my GP’s partner, who’d examined my skin and was concerned about leukemia, said, “If this gets any worse, I want you to go to the emergency room immediately.”

The doctor looked at me with an expression of empathy and concern. “You’ll have to organize something.”

Life turns on a dime, or so the expression goes, but even though I know this to be true, I’m still shocked every single time it happens. In the past decade alone, I’ve had an appendectomy, a hysterectomy, a hernia operation, a diagnosis of DCIS, my son’s Kawasaki Disease, and a father who died of pancreatic cancer. Every single time I think I’m back on my feet, the rug gets yanked out yet again.

Of course, it does for all of us, at one time or another, until the final yank from which we do not recover. It’s the nature of being alive, this constant coexistence with death. There’s no getting around it. No shortcuts or get-out-of-the-grave-free cards.

On my way home from the doctor’s, hungry and trying to come up with a plan, I bought myself a giant burrito and stopped off at my friend Julie’s to hoover it and brainstorm. Julie had taken my dog, then a brand new puppy, for the entire three weeks as I watched my father die. She’s that kind of person, and she reminded me that I had others like her in my life. “Just send us all an email,” she said. “Tell us what to do. I’m good for the dog. You know that. And for whatever else you need.”

Within an hour I’d composed a long email to my so-called “Army of Angels,” giving all of them jobs: everything from bringing over dinner to getting the little one to school to taking care of him on the weekend. An hour after that, my friend Abigail had created a Google doc sign-up spreadsheet. Meanwhile my inbox was bulging with messages of support and care. I suppose that’s the gift of a potential emergency when you have no immediate safety net: all the love that pours forth from so many disparate hearts, unbidden.

Which is how I found myself on the Saturday of Goldberg’s death, sitting in one of my Army of Angels’ empty apartment, catching up on work I’d missed visiting baffled doctors. (As I type this at The Mid office, my condition grows ever worse; I’m waiting on a biopsy report.) I had to go online to do research, and that’s when I saw the news. My first thought, before this announcement, was that it had to have been Goldberg’s heart. That’s how young, emotionally stable, seemingly otherwise healthy men leave us.

But I had to read the news three times to process it. Then I cried for his wife and children. I’d never met him—only seen him from afar—but one does not need to know a loving husband and father to mourn his death. I pictured his kids, standing so proudly with their mother at her book party. They are too young to lose a father, that goes without saying. I’ve watched my own too-young child trying to process the loss of his father from his daily life. It has involved threats of self-harm, a good shrink, and heartbreak. I’ve seen my older ones suffer the loss of the family they thought would be theirs, intact, forever. And yet underneath all of this heartbreak, their father still exists. They can still call him on the phone. Talk to him. Visit him.

I sent a short note of condolence to Sandberg that could not possibly live up to the task of consoling anyone experiencing such a loss, followed by a short text about the news to my friend, who was hiking with my son. “Hug your kid,” I wrote. “You just never know.”

He wrote back something poignant, but really, what is there to say in the face of such news? Nothing that can be typed into an iPhone.

I tried to go back to working on my overdue script, but I couldn’t, and I only had a half hour left before I had to get dressed to shoot the photos at a friend’s 50th birthday party anyway: an event which suddenly, in light of the news, took on greater weight. I checked the petechiae on my legs. It was still there and getting worse. Luckily, I’m good about not worrying until it’s time to worry, but still. Medical mysteries are only fun on “House,” not in real life.

I spotted a bowl of avocados on my friend’s dining room table, texting him to announce my imminent theft. I grabbed the softest one I could find, sliced it open, and pondered symmetry — the avocado’s, the apartment’s, a heart’s — and sprinkled it with some salt. I found a spoon and immediately dug in, standing there in a puddle of light by the open kitchen window. As I stood there, savoring each bite, I pictured my own damaged heart which, thanks to friends and their generous hearts, was repairing itself, even as it was leaking life-giving product under my skin. I pictured my son’s little heart, beating in his skinny chest: a heart which, thanks to blood bank donations he was at that very minute marching to try to increase, had repaired itself well enough to one day meet his own grandchildren, though it continues to bleed for his missing father. I pictured Goldberg’s and Sandberg’s hearts, each permanently broken in its own way. I pictured their children’s hearts until I couldn’t.

I felt a sudden need to feel the sun directly on my face. So I leaned out the kitchen window and found the light.

Deborah Copaken is the NYT bestselling author of “The Red Book,” “Between Here and April,” “Shutterbabe,” and “Hell Is Other Parents.” Her writing has appeared in The New Yorker, The New York Times, The Wall Street Journal, The Nation, Slate, and The Financial Times, among other publications.