21 Things You Probably Don’t Know About My Dead Dad

No. 9: If he loved you, he’d write you an insanely clever poem for every birthday, milestone or minor holiday. 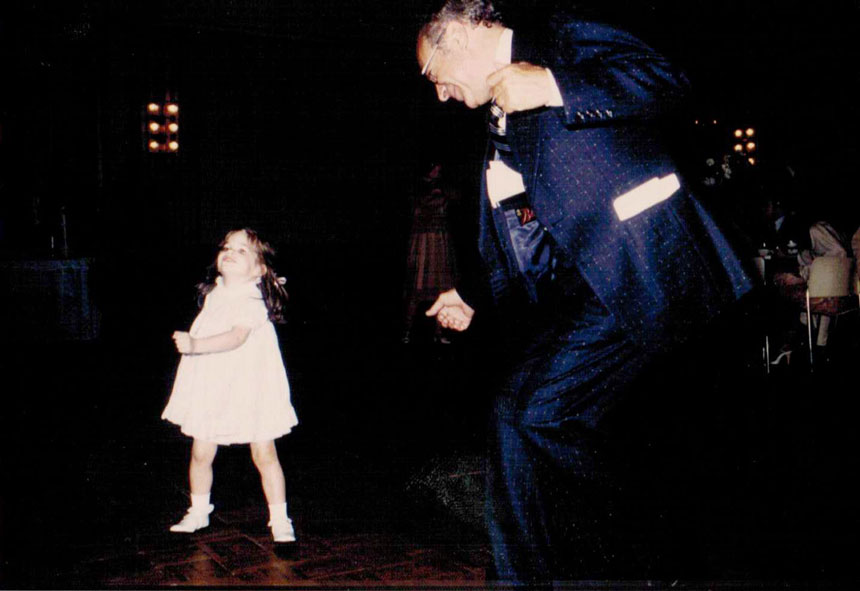 Rebecca and her dad. (Courtesy of Rebecca Soffer)

In honor of Father’s Day, with a nod to comedian Laurie Kilmartin, and in the spirit of (let’s be honest) Modern Loss’ favorite Us Weekly column, here are some of the things made my father, Ray Rosenberg, who he was. And we encourage you to share lists of your own on your social media pages. (Read the list Gabi compiled about her father here.)

2. In spite of that, he founded an advertising agency with offices in both the US and UK.

3. He heard the original “War of the Worlds” broadcast and never forgot how it scared the crap out of the entire nation.

4. He said learning how to water ski at 40 was the hardest thing he’d ever had to learn.

5. He taught me to love Gene Krupa, Gene Kelly and Carl Reiner before I was 10. Because of this, a lot of kids didn’t get me.

6. He was one of the biggest feminists I knew and joined my mom and me at several pro-choice rallies.

7. He also thought women were smarter than men.

8. If he loved you, he’d write you an insanely clever poem for every birthday, milestone or minor holiday.

9. He truly thought he was a good driver.

10. He was a bit, how do you say, cheap. Once he spray painted a pair of inexpensive yellow loafers because he thought they’d look better in black.

11. When I was 12, he surprised me with VIP tickets to Saturday Night Live. Fred Savage was hosting. He was 12, too (and my secret husband).

12. He saved every one of my baby teeth; I found all of them in a box in his bureau after he died.

14. He believed that because he spoke decent Yiddish thanks to his parents, this meant he spoke decent German. He learned during a trip to Austria that this was not the case.

15. He was an avid early adopter of tech. He had a car phone the size of a boom box in the early 90s.

16. Getting me into a pun-off with him was his favorite activity.

17. He claimed to be kosher but damn if he didn’t love his BLTs.

18. His best cooked meal was the “toastite,” a camping trip specialty resembling a panini heated over a campfire. Trust me, it was amazing.18

19. His worst was “Hunter’s Stew,” a last-night-on-the-campsite concoction from which nothing in the cooler was spared. Trust me, it was gross.

Rebecca Soffer is the co-founder and CEO of Modern Loss.